Amazing Light of God! The Miraculous Light of Jesus and Our Lady of Akita

This is a true story of a miraculous wooden statue of the Holy Mother Mary that wept 101 times and shed blood from its hand.

What would you say if you hear from someone that there is a wooden statue weeping and shedding blood?

That must be cheating!

It may be hard to believe in a wooden statue crying and bleeding like human beings.

However, such an amazing wooden statue of the Holy Mother Mary actually existed in Japan!

In this post, I would like to introduce a sister who saw a mysterious light, which was a harbinger of the following supernatural phenomena, that is, a miraculous wooden statue of the Holy Mother Mary crying and bleeding.

The following story is based on the book “Akita: The Tears and Message of Mary” written by Father Teiji Yasuda (1916 - 2013), chaplain of the convent in Akita, Japan.

In this book, Father Yasuda introduced "Our Lady of Akita", a miraculous wooden statue of the Holy Mother Mary that wept 101 times and shed blood from its hand.

This miraculous story begins with a sister's mysterious experience.

Since she was a child, Sasagawa always had a weak constitution.

At the age of 19, she was struck by a paralysis of the central nervous system caused by a mistake during an appendectomy.

Since then, she became immobilized for 16 years.

During that period, Sasagawa was transferred from hospital to hospital and underwent one operation after the other.

In this way, she suffered her great trial.

However, in a clinic in Myoko, Niigata, she met a nurse, Ms. W.

Ms. W was a fervent Catholic.

Thanks to the devoted care of Ms. W, Sasagawa's condition improved and it made her take her first steps in the Christian faith.

Awakened to the love of God, Sasagawa wanted to enter a religious community, because she earnestly desired to become devoted to the service of God.

However, four months later, Sasagawa had a relapse and thus she had to be taken back to the clinic of Myoko.

This time, she spent ten days in a coma and her condition became critical.

She was given some Lourdes water to drink which had been sent by the sisters of Nagasaki.

Amazingly, at the moment she drank the holy water, she regained consciousness and her frozen limb regained their mobility.

After a period of recovery, Sasagawa decided to return to the convent of Our Lady of Junshin, but the pastor of Takada persuaded her to take care of a newly constructed church in Myoko.

In 1969, she heard about the Institute of the Handmaids of the Eucharist, a community in which one could live a consecrated life while remaining in society.

Upon the invitation of Bishop Ito, founder of the Institute, Sasagawa joined the Handmaids, retaining care of the church of Myoko which was near the hospital.

In addition to caring for the church she taught catechism.

However, shortly after that, she faced a tough time.

Towards the end of January of 1973, Sr. Sasagawa began to notice a diminution of hearing in both ears.

On Friday, the 16th of March, when she went to answer a telephone call from the Motherhouse of the Handmaids, she suddenly realized that she had completely lost her hearing.

She heard the bell, but when she took up the telephone, she found herself plunged into total silence.

She was stunned by the sudden hearing loss.

The pastor found her sitting in the church stupefied by the disaster just happened to her.

He took her at once to the hospital of Niigata.

An ENT doctor, Dr. Sawada, who had examined her in another hospital, performed a detailed examination.

As a result, Dr. Sawada found that she lost her hearing in her right ear.

He also diagnosed her as suffering a progressive hearing loss in her left ear with little chance of recovery.

At this time, Sr. Sasagawa was in a state of extreme fatigue.

She was immediately hospitalized to receive a treatment and rest cure.

Afterwards, she took an intensive course in lip reading in order to regain social contact.

Sasagawa continued with uninterrupted training during the succeeding 43 days until she left the hospital.

During her stay in the hospital, she thought about what she would do as a deaf person.

Now that she could no longer teach catechism, her family would surely want her to come back to them.

However, Sr. Sasagawa desired to live serving God, because she had chosen to devote her life to God.

She was so determined that her parents finally gave in.

Furthermore, it just happened that she received a letter from the Handmaids of the Eucharist.

The letter offered her to live in a life of prayer in the Motherhouse of the Handmaids of the Eucharist.

Bishop Ito also recommend her to do so.

Since this was her own most ardent desire, she felt growing in her a new hope.

On May 12, 1973, Sr. Sasagawa left her home and arrived at the convent in Yuzawadai accompanied by her sister and her sister-in-law.

In this way, Sr. Sasagawa was welcomed like a member of the family by six sisters of the community.

A Mysterious Light of God

After that, Sr. Sasagawa had an amazing experience.

On June 12, 1973, the other members of the community went to Niigata to take part in a meeting of catechists.

While they were away, Sr. Sasagawa watched the house alone.

The superior sister K. had given her permission to open the door of the tabernacle for a time of adoration.

So, she got inside the chapel.

At that time, an unusual phenomenon occurred.

Sr. Sasagawa said about the amazing experience as follows.

As Sister K. told me, I approached to open the door of the tabernacle.

Suddenly, a blinding, mysterious light appeared from the tabernacle!

I was pinned with the impaling radiation of the mysterious light!

So, I prostrated myself immediately with my face on the floor.

Of course, I no longer have the courage to open the tabernacle.

Perhaps, I remained in that posture for an hour.

In awe of some mysterious power, I could not help but remain incapable of raising my head in fear and trembling, even after the mysterious light had disappeared.

When Sr. Sasagawa came back to herself, she wondered what the mysterious light was.

Perhaps, Jesus manifested Himself to enlighten her sinful soul. 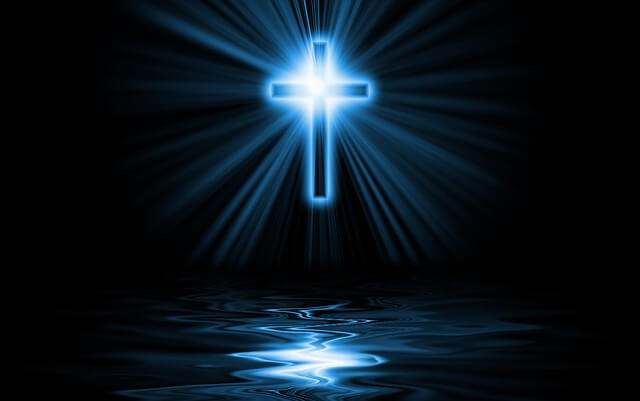 Or was that mysterious light some kind of hallucination?

Had I become crazy?

I don’t want that!

Sr. Sasagawa returned to pray in the chapel, but this time nothing happened.

It was so mysterious phenomena that she went to bed that night without saying nothing to anyone about it.

The next morning, Sr. Sasagawa woke up earlier than usual.

So, she took advantage of going to the chapel an hour before the other sisters.

She wanted to see if the mysterious light she had seen in the previous day was an illusion of the moment.

Joining her hands in prayer, she approached the back of the altar where the tabernacle was. 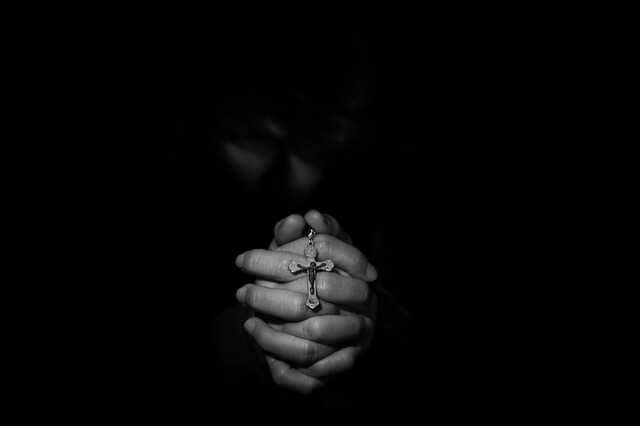 Suddenly, she was struck by the blinding light again.

She recoiled in surprise and prostrated herself in adoration.

Oh!  It’s neither an illusion nor a dream.

Now Sr. Sasagawa was sure that she witnessed a miracle.

So, even after the mysterious light disappeared, she remained prostrate.

The 3rd Light of God

The following Thursday, on June 14, Sr. Sasagawa was praying before the Blessed Sacrament with her fellow sisters.

At that time, she saw the blinding light appeared.

But, this time, the mysterious light was surrounded by a red light.

The red light was glowing like a blaze as if it was enveloping the blinding light from the tabernacle.

The tip of the red blaze was glowing gold.

It looked like the whole tabernacle was enveloped in red flames.

Sr. Sasagawa was overcome with a sense of awe and prostrated herself on the spot.

The Interpretation of the Mysterious Light of God

This mysterious light is interpreted by Father Yasuda as follows.

Again, I would like to interrupt to remark that one can say the vision of celestial light appeared like an invitation addressed to Sr. Sasagawa in particular (as following events will confirm).

Actually, at Fatima, the three shepherd children were first of all struck with amazement at the sight of a brilliant light (see Sanctuary of Fatima).

Beginning in the spring of 1917, nine-year-old Lúcia dos Santos and her cousins Francisco and Jacinta Marto reported apparitions of an Angel, and starting in May 1917, apparitions of the Virgin Mary, whom the children described as "the Lady more brilliant than the Sun".

Father Yasuda says that it was the sign of the approaching visit of the Virgin Mary.

Furthermore, the mysterious light from the Blessed Sacrament reveals the very nature of Jesus who says,

I am the Light of the world. 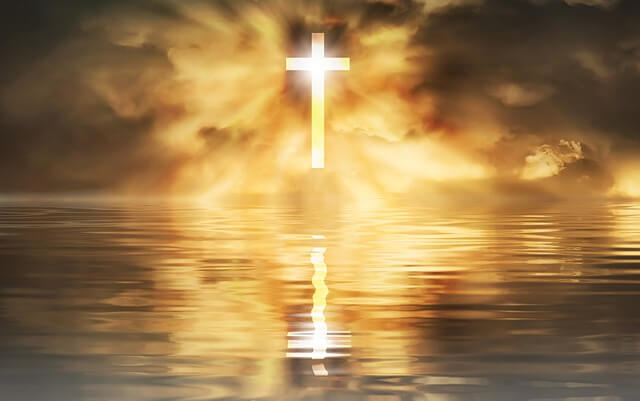 As it turned out later, Sr. Sasagawa miraculously recovered from the hearing loss.

So, there is no doubt that it was the miraculous light of God!

Someday, when you go to church, you may see a mysterious light.

Japanese Psychic Predicted the Outbreak of World War I

This is a true story of a man who had an amazing ability to foretell the future. 目次（Contents）1 Onisa ...

This is a true story of a man, who was born frail and almost died once but finally became a superman ... 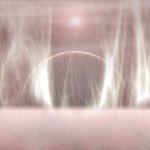 This is a true story of a man who explored a science of another world. Have you ever thought that th ... 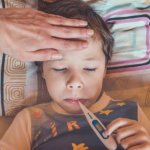 PREV
Japanese Man Gained an Amazing Psychic Power by Awakening of Kundalini
NEXT
Angels Really Exist! Amazing Apparition of Angels in Japan: The Miracle of Our Lady of Akita