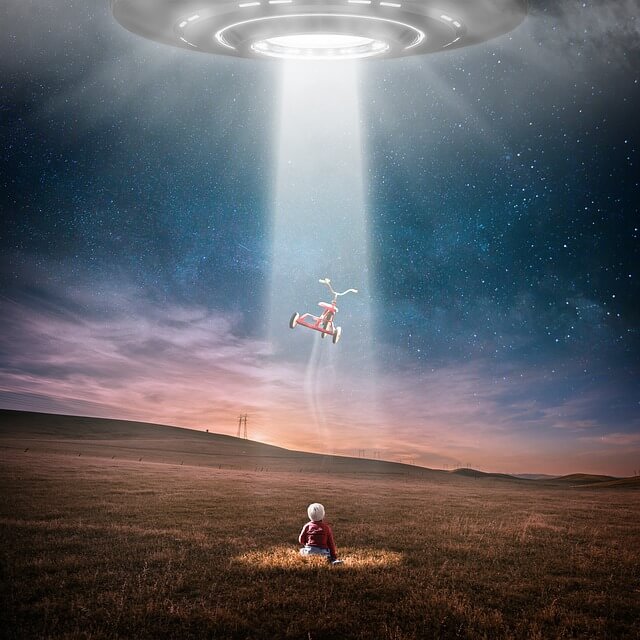 However, Kimura’s miracle was not limited only to apples.

Here, I will introduce his amazing experience of an alien abduction. 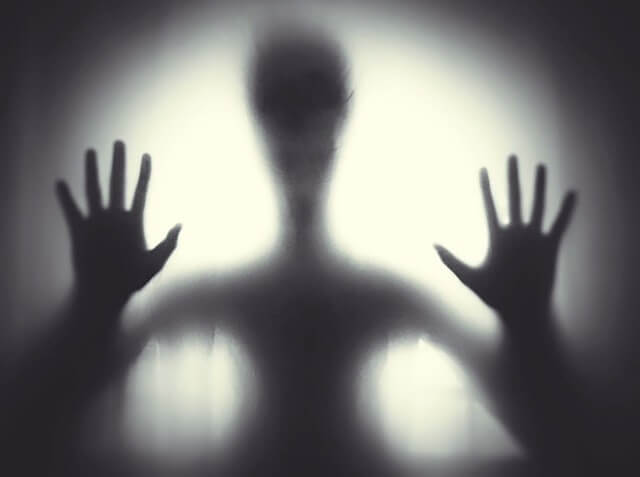 One night, Kimura was sleeping alone in his room upstairs .

Usually, he would sleep all night.

However, that day, he woke up at about 2 a.m. for some reason.

Perhaps, I may feel nervous about the tomorrow’s TV appearance.

Tomorrow morning, he was going to appear on Japanese famous TV program “Zoom In Morning” as a pioneer of pesticide-free production of apples.

He was lying sleepless in bed.

Suddenly, a window behind him bursted open.

Before going to bed, he had confirmed that he locked the window.

However, the window opened spontaneously as if it was unlocked.

He turned around quickly to look at the opened window.

To his surprise, in the other side of the window, two aliens floated in the air. 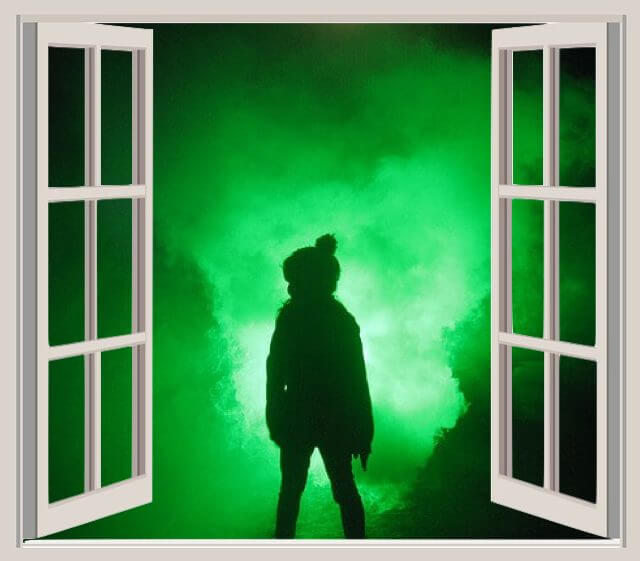 They were the same sort of aliens that he saw in his apple orchards before.

They had fish-like dark skins.

They had no ears and hairs.

Their faces had no noses and mouths.

Their big eyes were glowing in the darkness. 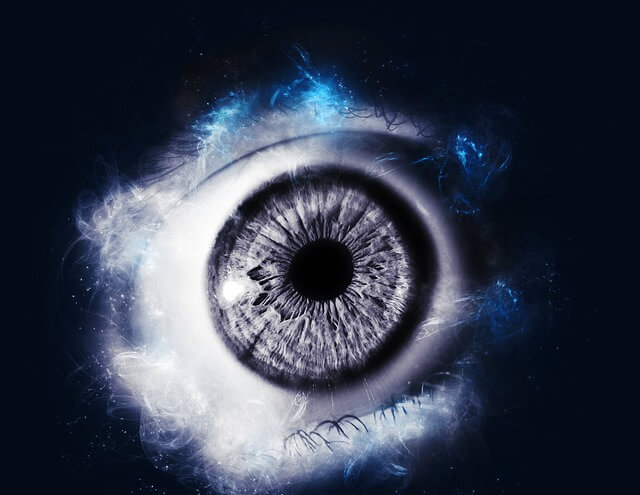 Outside the window, they were floating up in the air.

They turned up uninvited outside the window.

He was so scared that he could not cry out to someone for help.

He was paralyzed with fear.

The aliens came closer to Kimura without a sound.

Kimura was sandwiched between two aliens and they seized him by both arms.

Then, the two aliens held Kimura under both arms from either side of his body and they took him out of the window.

He did not have time to resist against the aliens.

Their height was less than 150 cm (about 5 inches), but they were very strong.

Kimura was amazed at turn of events and thus he was taken out of the window at the mercy of the aliens.

Outside the window, Kimura floated in the air 3 meters above the ground.

The aliens moved up in the air holding him under both arms without moving their body.

Kimura looked down at his house. 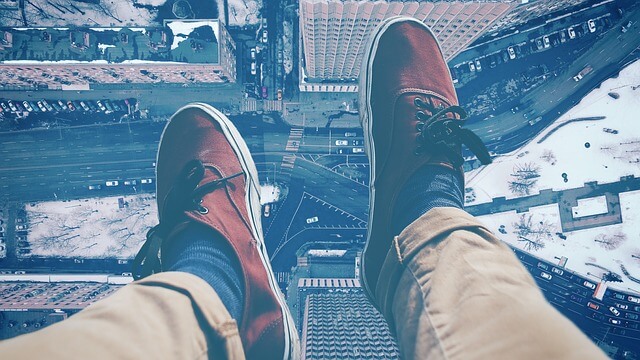 It was the first time that he looked down at the roof of his house from the above.

The roof became smaller and smaller as he got higher and higher with the aliens.

When he looked up in the night sky, he saw a light-emitting flying object in the dark of the night.

The object emitted an orange and yellow striped pattern of warm colored light. 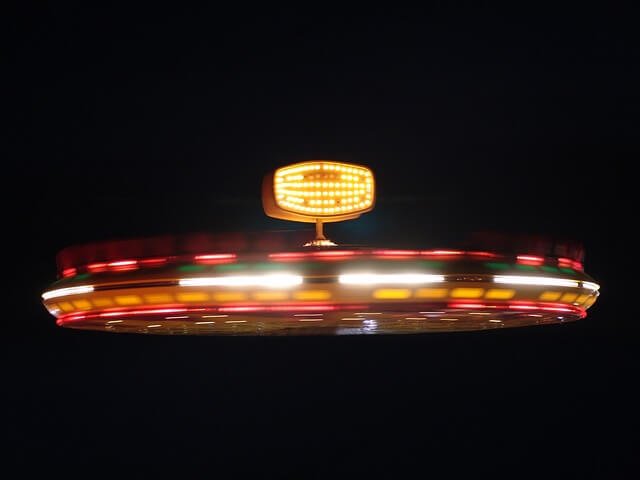 Oh! We are heading to that light emitting object.

That light-emitting object is probably their UFO!

Amazing Experience inside the UFO

The next moment, he found himself sitting on a bench in a dazzling light.

He was surprised to find himself in a room.

Oh, I wonder when I got aboard the UFO.

Kimura did not remember about the moment when he got aboard the UFO at all.

He looked around the room quickly, but he did not find any doors.

How I came into this room?

The room was filled with bright light.

However, he could not find any light devices in the room.

Amazingly, the room itself gave off light.

The entire room from the ceiling, the side wall to the floor was lighted up.

Everything in the room was brilliantly lighted.

Kimura was taken to a corner of the room by aliens.

In the corner, there were two visitors before.

He was seated next to them.

Next to Kimura, a white young woman was seated. 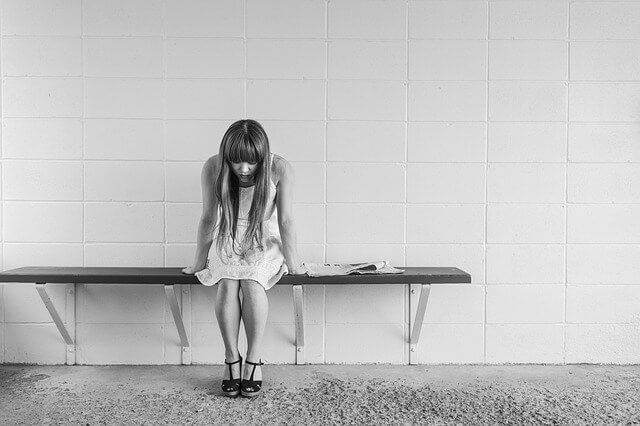 Next to her, a white man was seated.

Judging from the man’s appearance and atmosphere, Kimura thought that he was a soldier. 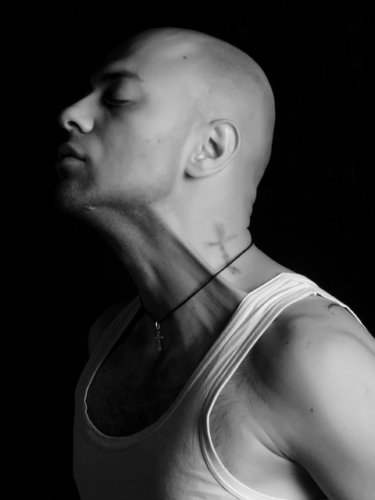 Kimura hesitated to talk to them, because he was not good at speaking foreign languages other than Japanese.

However, they were also in silence.

After a while, the woman was taken to anywhere by aliens.

After that, the man was taken to anywhere as well.

Then, it became his turn.

Two aliens took him to another room.

In the room, the woman and the man were lying on a table.

To his astonishment, they were fully naked and their hands and feet were restrained in the table. 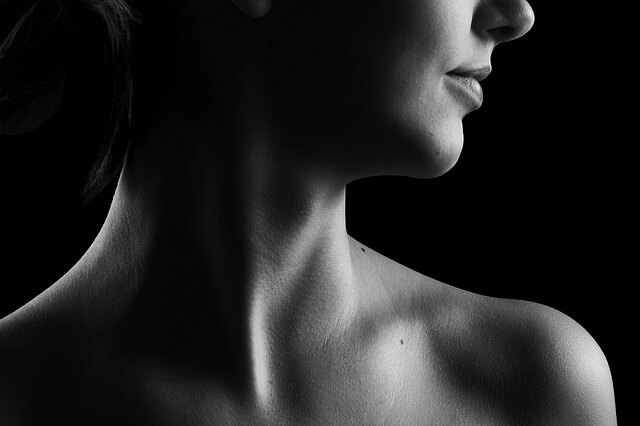 The table looked like it was made of a strong material and it had restraining devices.

The two persons was lying down facing up on the table without any resistance.

Some aliens stood around them and observed them with their big eyes.

The aliens just observed the woman and the man lying down naked on the table. 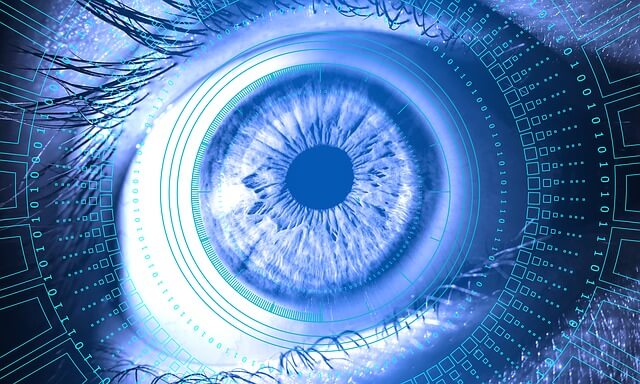 Kimura did not know what they were observing with their big eyes.

Next, it must be my turn.

I will also be observed by these aliens.

Nevertheless, Kimura was not frightened at all for some reason.

Actually, he did not think he would like to get away from the UFO.

He could not explain why he had no fear, even though he was taken to the UFO by aliens.

On the contrary, Kimura felt a sense of closeness to aliens.

Kimura was prepared to be observed naked by aliens.

However, two aliens took him to another room.

The room looked like a control room of the UFO. 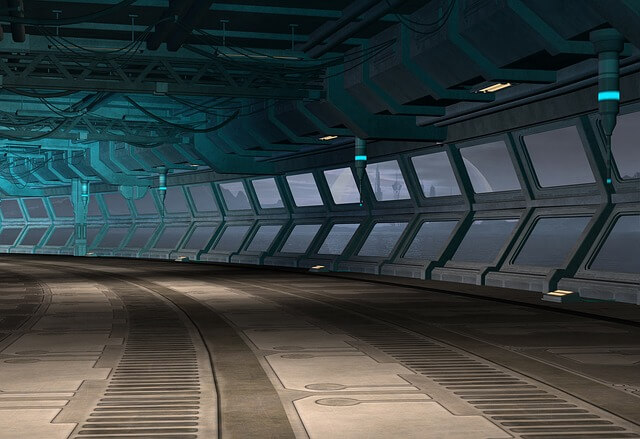 One of the aliens said to him.

This is a spare of power unit of our spacecraft.

They showed Kimura the spare of power unit.

It was a triangular, black metal one centimeter thick, 20 cm on a side. 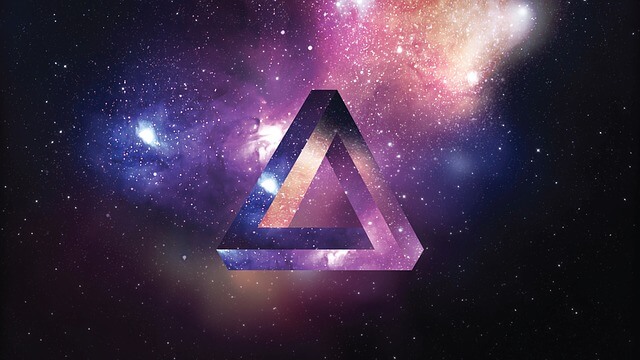 The aliens had no mouth but their thoughts directly flew into Kimura’s mind.

We keep it as an extra power unit, though we have almost never replaced the power unit.

Then, they gave him the spare of the power unit.

He was surprised to take the power unit from the aliens.

It was so heavy that he could barely hold it with both hands, though the aliens held it with one hand without effort.

How heavy it is!

What is it made of?

It was made of materials we call as ‘K.’

‘K’ is used as a source of the driving power of our spacecraft.

Do you use potassium as a driving force of your UFO?

Kimura remembered that K is the symbol for potassium.

No, ‘K’ does not represent potassium.

You earthian has discovered only 120 elements at best.

We know earthian actually uses only dozens of the elements.

However, we fully use 256 elements that we have discovered so far.

Kimura had an interesting conversation with the aliens for a while.

Return from the UFO 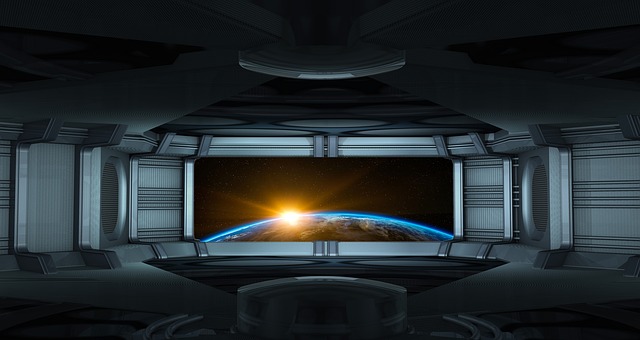 After he finished the conversation with the aliens, they asked him to sit on a bench.

Perhaps it’s almost time to leave, because they have done what they have to do.

Kimura breathed a sigh of relief.

He looked around and found a window above the bench.

He wanted to look out of the UFO.

Then, he stood on the bench and pressed his forehead against the window.

Outside the window, there were full of lights. 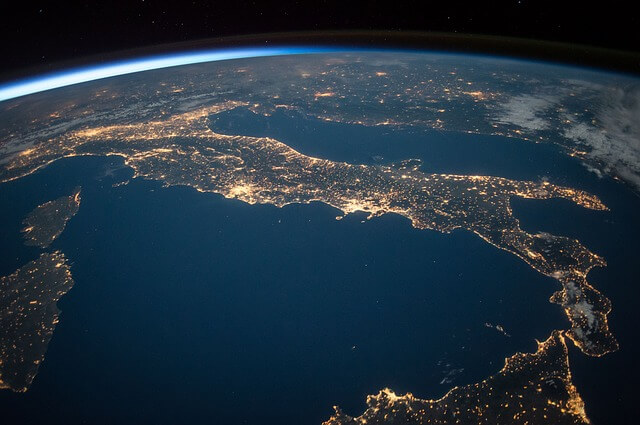 Extravagant city lights extended all around.

Soon the white woman and man also came into the room.

It seemed like it was the time to go home.

Surprisingly, the aliens gave them their presents.

He found that the round object was so heavy that he could only manage to hold it with both hands.

Kimura did not remember well what happened after that.

He had only fragmentary memories of the route that he took to get home.

When he noticed it, he was already outside the window of his room of the house.

Two aliens held him under both arms and took him into the room through the window.

When he entered his room, he found the two aliens had gone.

There was still some time to the morning, so he got into bed without any thoughts and fell asleep.

He slept for hours.

When he got up, he found that the present from the aliens was gone.

Was that a dream?

But Kimura was sure that what happened last night was not a dream.

His experience of the alien abduction was too graphic for a dream.

No, that was not a dream!

That was totally a reality!

However, he thought that his friends would say that he had a dream, because there was no evidence.

The Strange Visitors after the Alien Abduction

Soon after he had the amazing experience of alien abduction, strangers came to his apple orchards.

They said to Kimura,

We are members of the Japanese Society for Research on UFO. 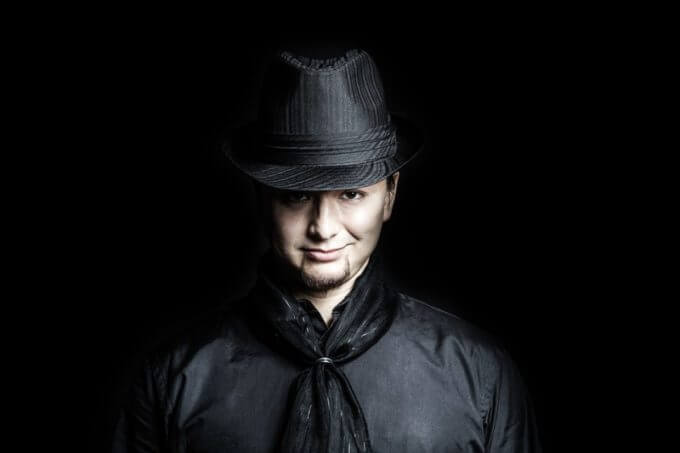 We would like to make a survey around here for about two days.

From our information network, we knew this area is suitable for observation of UFOs.

We would appreciate if we could get your cooperation on this matter.

The area that they indicated was not his land.

Thus, Kimura said to the strangers,

That area is not my land.

So, you should get his approval.

They showed him a detailed map having owner’s name of the lands around there.

Of course, we’ve already got your neighbor’s approval.

They seemed to be a real professional.

He did not know why they came to his orchards, because he had not revealed his experience of alien abduction to anyone.

Kimura gave permission for them to make a survey.

The members of the Japanese Society for Research on UFO began their survey near his apple orchards.

They parked their cars on the slightly elevated place near the apple orchards. 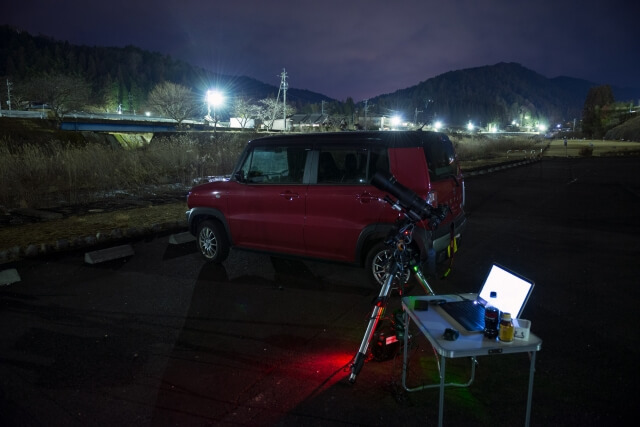 It seemed more than mere coincidence. 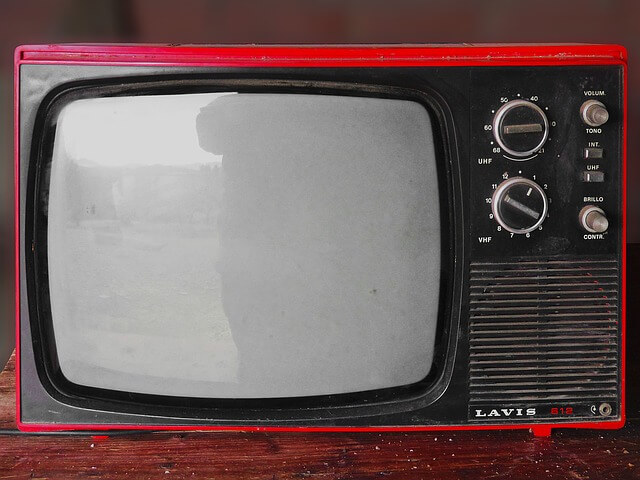 5 years after Kimura was taken to the UFO by aliens, he watched TV with his wife.

They watched the special TV program titled as

In the program, a woman appeared to describe her amazing experience of alien abduction.

To look at her face, Kimura was scared out of his wits.

I have seen her before!

She is exactly the white woman I have met in the UFO! 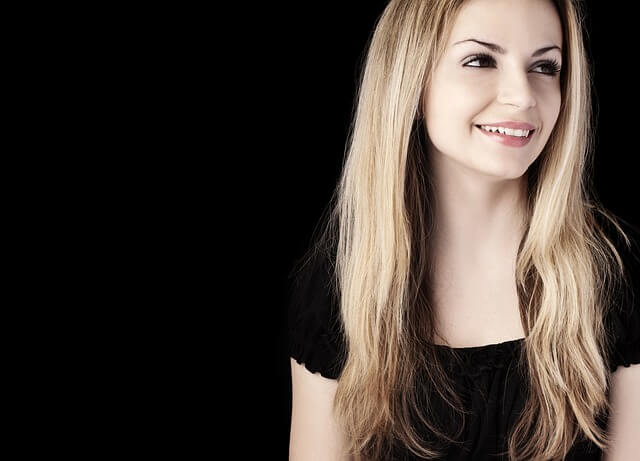 There were two persons with me in the UFO.

One was a man who looked like a soldier.

The other was an ‘Asian man’ wearing glasses.

To hear her words, Kimura got goose bumps.

She is just talking about me!

To his surprised, what he described was consistent with his experience in the UFO to the minute details such as the room inside the UFO, the observation by the aliens and the presents from the aliens.

Kimura was struck by the remarkable coincidence with the woman’s description about her amazing alien abduction.

It was not a dream!

It was a reality!

I have really be taken to the UFO by aliens!

In this way, Kimura is certain that he was really taken to the UFO by aliens.

Some day, when you are sleeping alone, a window of your room may burst open.

On the other side of the window, you may see two aliens floating in the air.

At that time, you may also be taken to the UFO to be observed naked by the aliens.