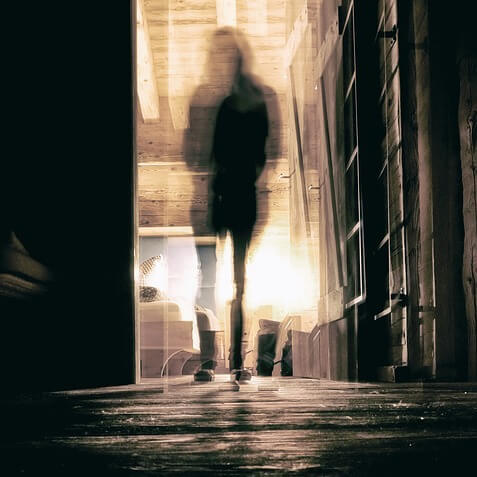 This is a true story of a haunted elementary school built on the site of a bloody battlefield.

Have you ever thought about what happened in the place where you spend most of your time every day?

Perhaps, the place was a haunted place where a tragedy happened a long time ago.

Nameko Shinsan (born 1974) is a Japanese comic artist and columnist.

Furthermore, she has the ability to feel ghosts and other spiritual beings and has had a lot of spiritual experiences from childhood.

Thus, Nameko is very popular among Japanese women who are interested in spiritual things.

Here, I would like to introduce an amazing story about a haunted elementary school from her column articles.

Haunted Elementary School Built on the Site of a Bloody Battlefield

Nameko heard a horror story from Mr. T who worked in the TV business.

According to Mr. T, in his childhood, he went to an elementary school with a shady history. 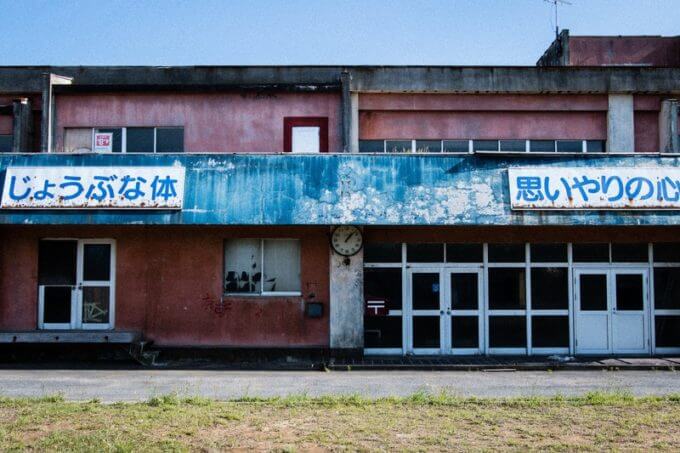 The school was built on the site of a bloody battlefield.

Actually, in June 1560, the Battle of Okehazama took place in the site.

In the battle, Oda Nobunaga defeated Imagawa Yoshimoto and established himself as one of the front-running warlords in Sengoku period of Japan.

In the Battle of Okehazama, there were a great number of casualties.

Furthermore, there was a graveyard near the elementary school.

In the medieval Japan, people were buried after death.

Because of that, people living there often smell rotten around the graveyard.

For these reasons, the elementary school was usually haunted by ghosts.

Strange Noises Made by Ghosts

According to Mr. T, he often heard strange noises made by ghosts in the school.

In our elementary school, we heard strange noises made by ghosts.

But, at that time, it was a natural thing for us.

It was just a normal thing for children in the school to hear strange noises every day.

So, we were not scared of those noises at all.

According to Mr. T, even during class, his teacher and classmates heard strange snapping sounds here and there.

They were not rattlings of the school building.

They were supernatural sounds made by ghosts.

Actually, strange snapping sounds were coming from the air in the classroom.

One day, his teacher and classmates heard a bang like a shot.

They felt as if they were in a intense battle.

Perhaps, ghost were fighting even 400 years after the Battle of Okehazama was over.

Another day, they heard a snap like a twig breaking.

In the elementary school, the ghosts made variety of sounds every day.

It was an obviously unnatural phenomenon.

However, when Mr. T was a child, he completely thought it was a very natural thing.

After becoming an adult, Mr. T could understand that it was an unnatural phenomenon.

On the other hand, some teachers who were sensitive to spiritual things often had a nervous breakdown.

The teachers could not stand the abnormal sounds.

Thus, within just a year, many teachers quit teaching school.

Strange Footstep along a Hallway

One day, during class, his teacher and classmates heard a pattering of someone’s footstep along a hallway outside the classroom.

It sounded like someone was running full speed in the hallway. 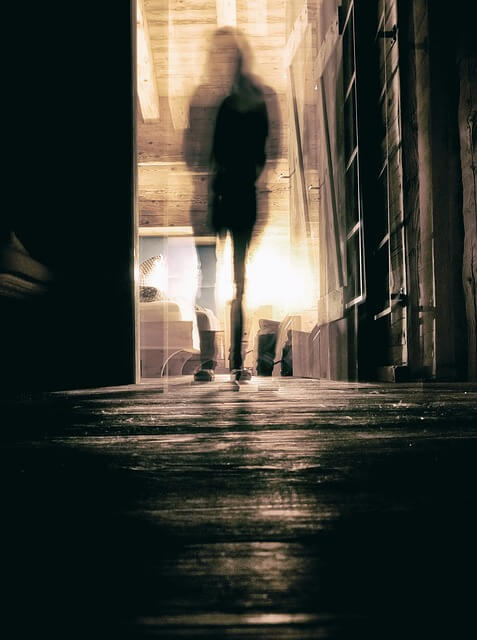 The footstep was so noisy that the teacher and students could not concentrate in class.

The teacher could not stand it anymore and he suddenly opened the door.

Don’t run in the halls! 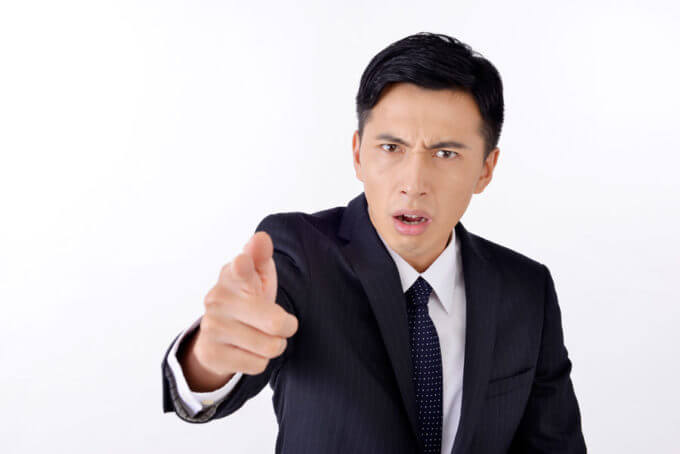 However, the teacher found no one in the hallway.

Someone invisible was running in the hallway.

Such strange things happened very often in the elementary school.

According to Nameko, it could be the ghost of an orderly man.

Perhaps, the ghost did not even realize he was dead.

Thus, over 400 years after the Battle of Okehazama, he was running in the hallway of the school as an orderly man.

Another day, a ball rolled from a empty gymnasium storeroom.

It was not because of the wind.

It moved by an invisible force.

Furthermore, unnatural phenomena happened even in the school building.

In the school, strange stains like human faces often appeared on a tiled floor.

It was a soldier’s face, because it wore a kasa (a traditional Japanese hat) used by a soldier in feudal Japan.

According to Mr. T, more than a hundred of face-like stains appeared on the tiled floor of the school.

The number of the faces seemed to correspond to the number of deaths in the Battle of Okehazama.

The rumor about the face-like stains spread out very quickly and the haunted elementary school was picked up by a local newspaper.

Thus, school officials decided to replace the stained tiles with the new ones.

As a result, the floor was covered with new tiles in places and thus the floor looked awkward.

However, after a while, face-like stains appeared on the new tiles.

No matter how many times they replaced old tiles with the new ones, ghostly faces appeared on the new tiles.

Thus, they replaced the tiles of the floor at very short intervals, which was obviously unnatural.

Children Excited with Ghost-like Stains Appeared on the Floor 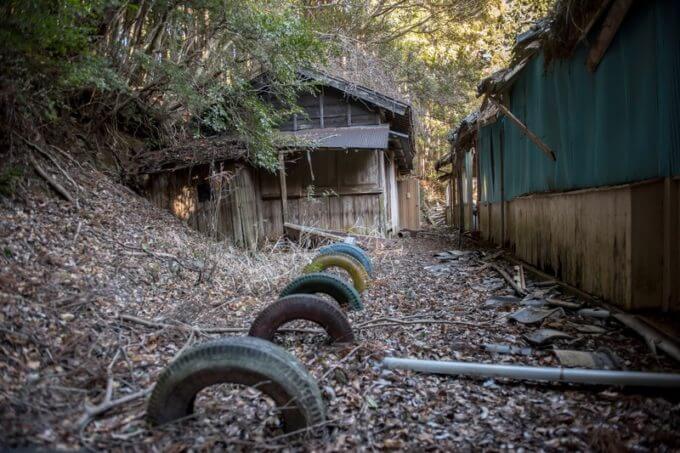 According to Mt. T, there were an average of two or three ghostly faces appeared per classroom.

At that time, seeing face-like stains became routine for children in the school.

When a new face appeared somewhere, someone said,

If you don’t believe me, see for yourself!

I think it must be a military commander's face!

Where did you find it?

In this way, the whole class went and looked at new ghostly faces.

Furthermore, in the cleaning time after school, children swept the floor every day.

They wiped ghostly faces on the floor with scrubbing cloths as their routine work. 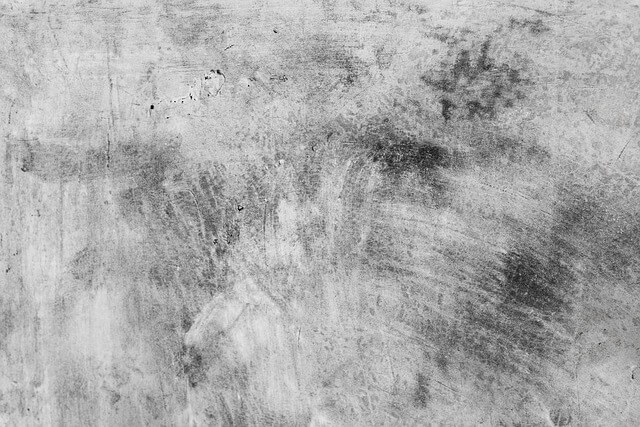 On the other hand, there were some teachers who did not believe in supernatural phenomena such as ghosts.

One day, a thick-headed teacher said to students. 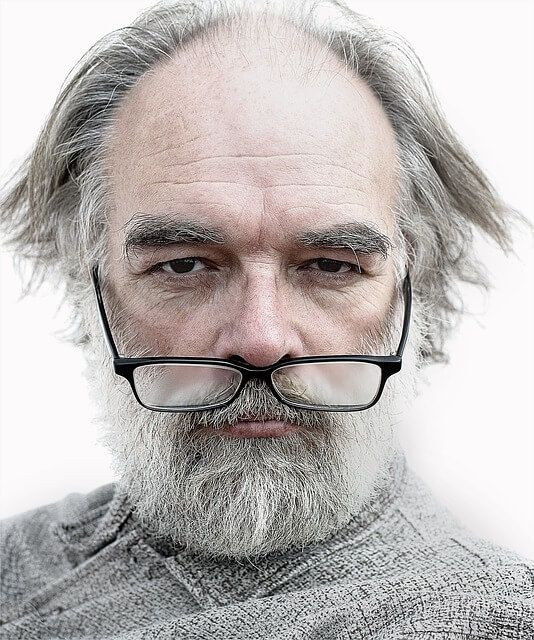 There’s no such thing as a ghost!

When we die, we are all going to be bones.

Then, to show the children that ghosts don't exist, the teacher trampled down the face-like stains appeared on the floor.

It's not a ghost!

It's just a pattern of stain!

However, after that, the teacher became sick.

For some reason, he was worn out body and soul. 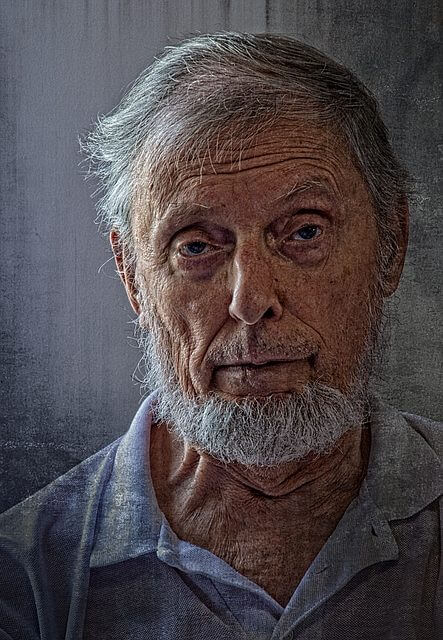 He had vacant eyes and was as good as dead.

Then he left the school.

Perhaps, the teacher was cursed by the ghost whose face he trampled down.

According to Mr. T, after that, many teachers were cursed by ghosts.

Nameko's Tips to Coexist with Ghosts

According to Nameko, if you want to coexist with ghosts, you should not be frightened by them and should not try to drive them away.

Actually, the teachers could not coexist with ghosts, because they showed negative attitudes toward ghosts.

So, you should hold a positive attitude toward ghosts, just like children.

Nameko recommends that If you see a ghost, you should say to them,

You are an amazing guy!

Thus, you may be able to coexist with ghosts. 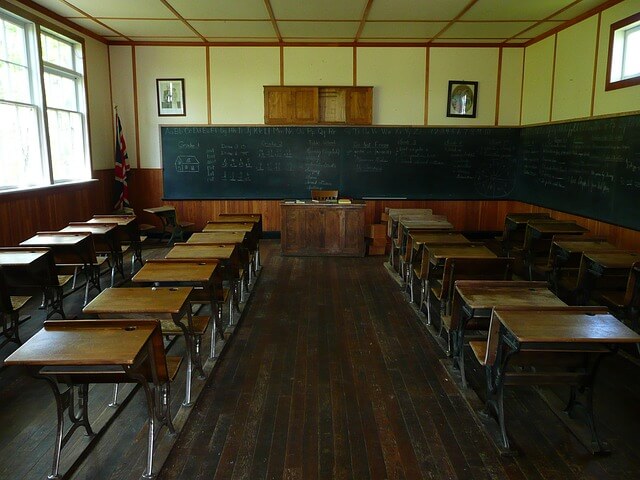 Someday, you may find a strange stain on a floor of your school.

Looking that stain, your classmates are scared, saying,

Oh, that must be the face of a ghost!

I have heard that this school is haunted!

To hear their words, you remember that your history teacher once said to you.

Before this school was built, this was a bloody battlefield. 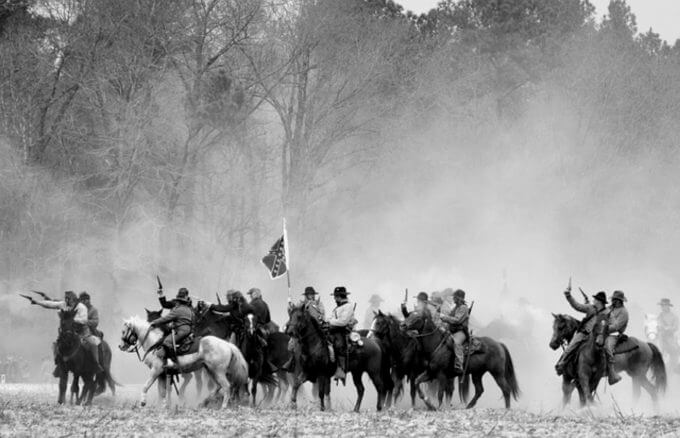 In the battle, many soldiers was killed or injured.

However, you don’t believe in ghosts.

You think it’s just a superstition.

Thus, you said to your classmates.

There’s no such thing as a ghost!

When we die, we are all going to be bones.

So, to show them that ghosts don't exist, you trample down the ghostly faces on the floor.

It's not a ghost!

It's just a pattern of stain! 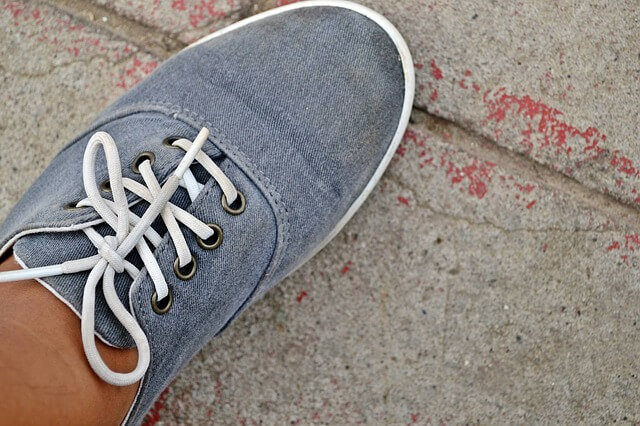 Suddenly, you feel someone’s presence behind you.

When you look back, you see a bloody soldier standing in front of you.

He has exactly the same face as the face that you trampled down.

He says to you.

Don’t step on my face, bastard!

So, when you see a ghost, don’t show a negative attitude toward them, as Nameko advised. 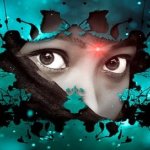 This is a true story of a Japanese woman who saved many people with an amazing psychic power. Hideko ...

This is a true story of an amazing Japanese Reiki master who caught a rat during a Reiki treatment. ... 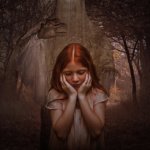 This is a true story of a Japanese woman with an ability to see dead people who came to take a dying ...

This is a true story of a man who died three times and traveled in time during the near-death experi ...

Amazing Wooden Statue of Virgin Mary Dripping with Sweat Which Had a Heavenly Fragrance: The Miracle of Our Lady of Akita

This is a true story of a miraculous wooden statue of the Holy Mother Mary that dripped with sweat w ...