Amazing Doppelgänger! A Japanese Woman Haunted by Her Other Self 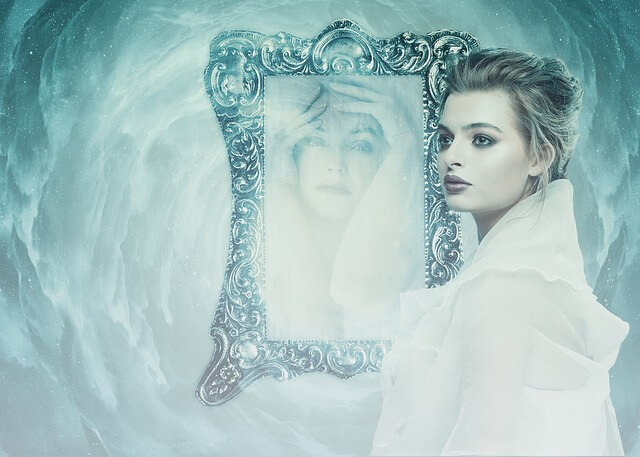 This is a true story of a woman who was haunted by her doppelgänger, that is, her other self.

Have you ever met a look-alike or double of yourself?

It is sometimes called as a doppelgänger.

Nameko Shinsan (1974 -) is a Japanese comic artist and columnist. 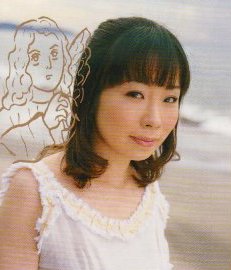 Nameko has the ability to feel ghosts and other spiritual beings and thus she has had a lot of spiritual experiences from childhood.

Thus, Nameko is very popular among Japanese who are interested in spiritual things.

Here, I would like to introduce an amazing story about her doppelgänger. 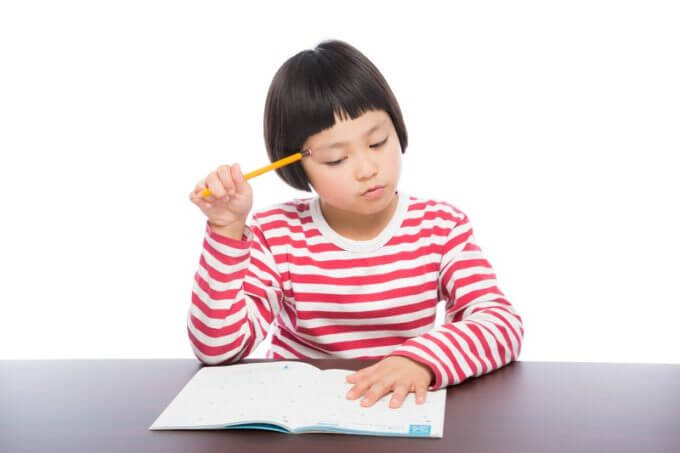 Nameko saw her doppelgänger for the first time when she was in the sixth grade of elementary school.

It was on February 1, the day of junior high school entrance exam.

Thus, even now, the event of the day remains engraved in her memory.

Earlier in the day, she put all necessary things into a bag.

Nameko flashed glance down at a carpet in her room.

At that time, something white loomed out of the carpet. 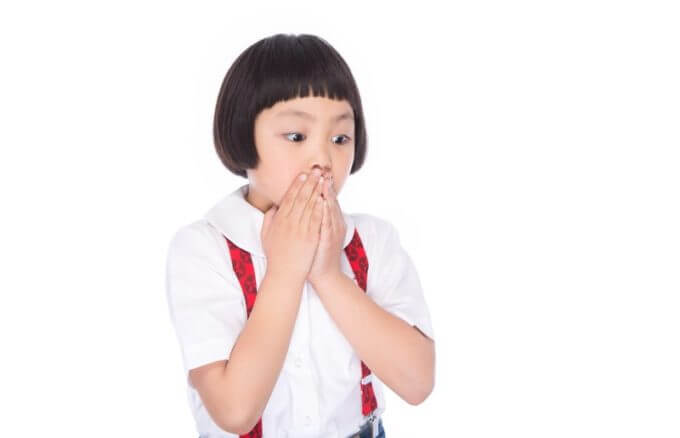 She looked it closely.

It was her face! 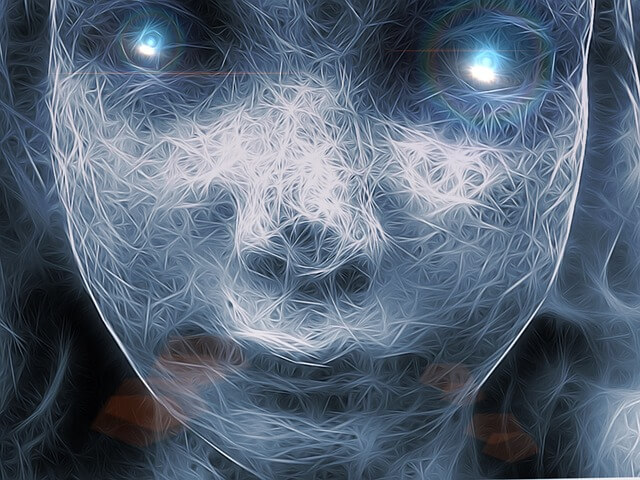 Why is my face on the floor?

When did I put a mirror here?

For a second, Nameko thought it was her reflection in a mirror.

But there were no mirrors on the floor.

At that time, she looked at her face on the floor in the eyes.

It was translucent and showed a rueful look. 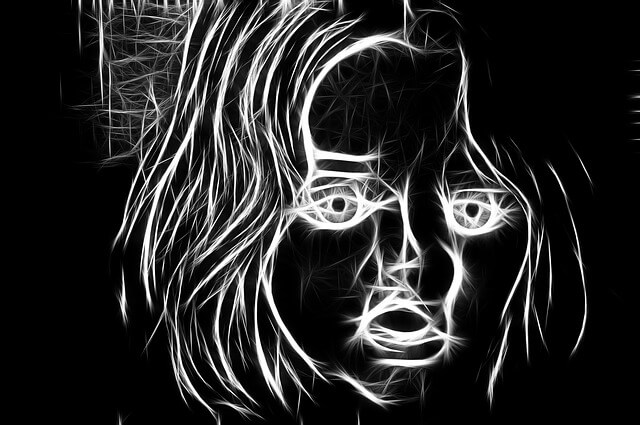 For some reason, Nameko was clear of fear.

The face lingered on the floor for minutes.

After a while, it disappeared into the carpet.

As the rueful look suggested, Nameko failed the entrance examination. 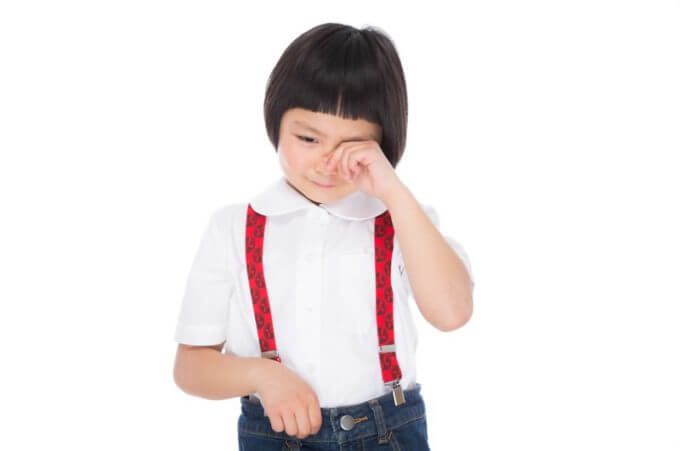 Doppelgänger, a Harbinger of Bad Luck or Death

After becoming an adult, Nameko looked it up on the internet and in dictionaries and she learned that it was a doppelgänger.

Dante Gabriel Rossetti, How They Met Themselves, watercolor, 1864 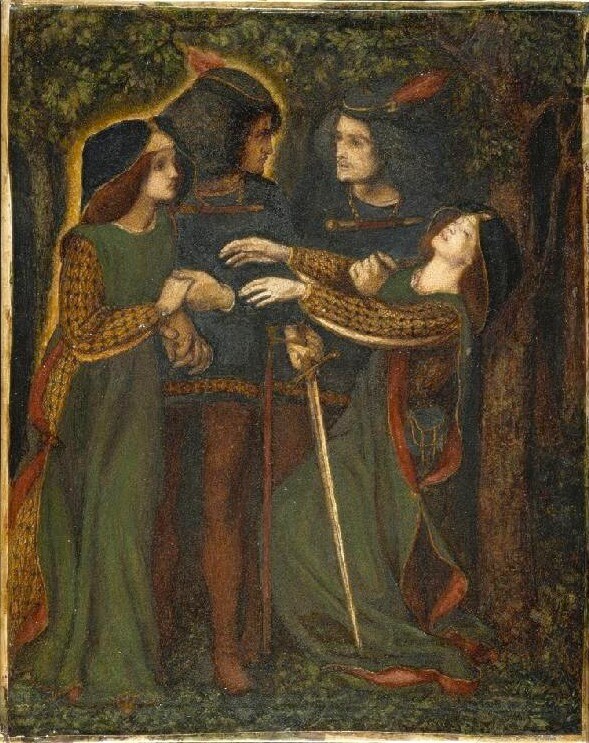 A doppelgänger is usually seen as a harbinger of bad luck or death, because it is often seen by a person nearing death.

However, Nameko stays alive even 20 years after she saw the doppelgänger for the first time.

Her understanding is that, by failing the entrance exam for the preppy school, her future self who would live a rich life died.

In psychiatry and neurology, it is known as heautoscopy, the reduplicative hallucination of “seeing one’s own body at a distance.”

Some people experience the reduplicative hallucination of seeing not only their entire body, but also a portion of their body.

It is often the case that the hallucinatory image is translucent or whitish.

Furthermore, it is considered that heautoscopy can occur as a symptom in schizophorenia and epilepsy.

However, as I describe later, Nameko’s doppelgänger also appeared before other people.

Therefore, it is not a hallucination, but a supernatural phenomenon.

Nameko’s Doppelgänger Presented Itself before Other People

Actually, about two decades after, Nameko’s doppelgänger showed up again.

Surprisingly, the doppelgänger presented itself before other people.

One day, Nameko got interviewed for a magazine.

For the interview, Nameko was going to meet a woman she didn’t know.

After the interview, the woman said to Nameko, 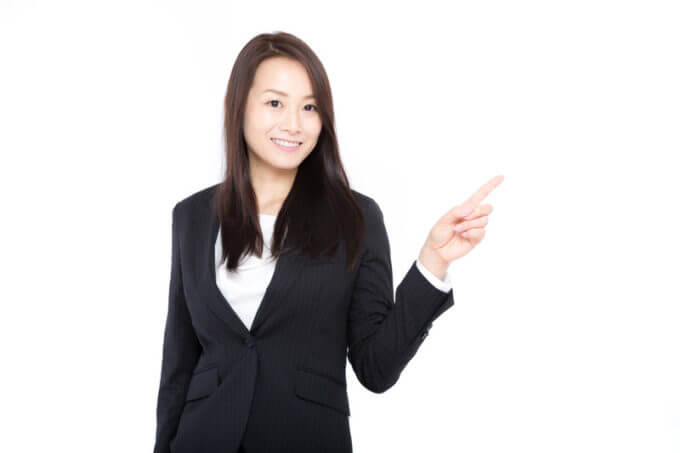 By the way, I saw you in a station building near here.

It was in a restroom of the station building.

Sorry, I didn’t speak to you, since it was well before the appointed time.

As she said, Nameko got into the restroom one hour before the interview.

We met in the same restroom of the station building at the same time!

Yes, it’s a kind of synchronicity.

But, something feels weird. 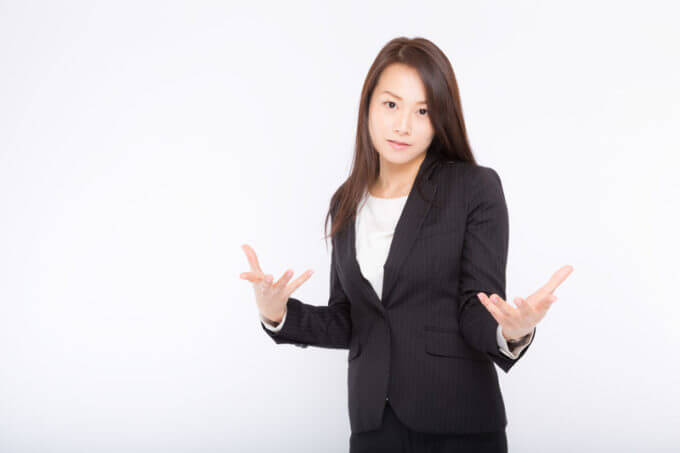 She looked at Nameko wonderingly.

At that time, you were wearing a black coat, weren’t you? 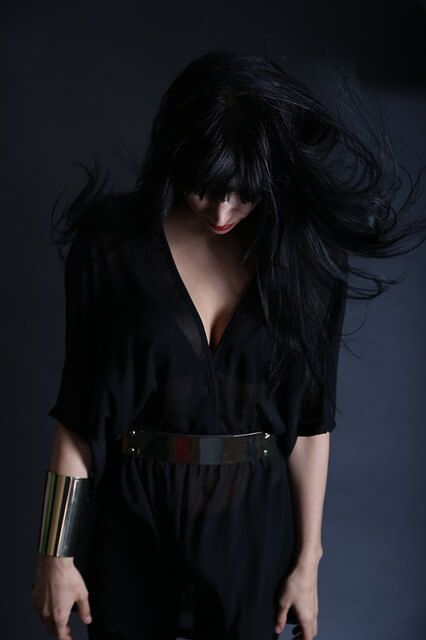 To hear that, Nameko was surprised.

I have been wearing this pink coat all day today. 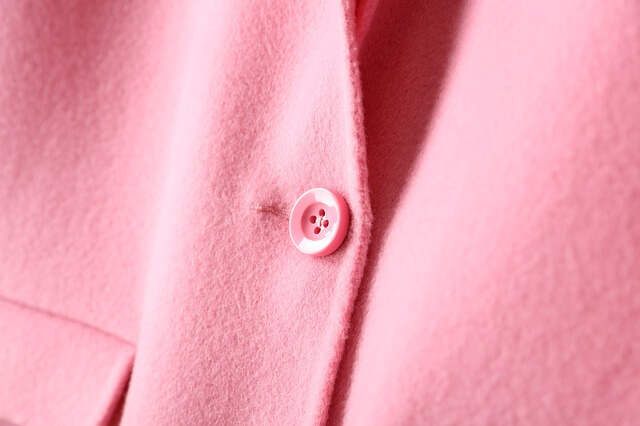 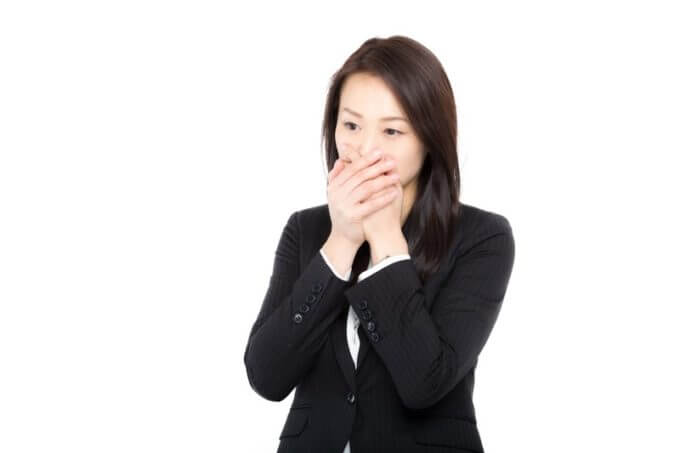 No, I’m not kidding!

I’m sure I saw you wearing a black coat!

That’s impossible, because I don’t have any black coats!

However, there was anything that came to Nameko’s mind.

Actually, the day before, Nameko found a stylish black coat at a clothing store and she loved it. 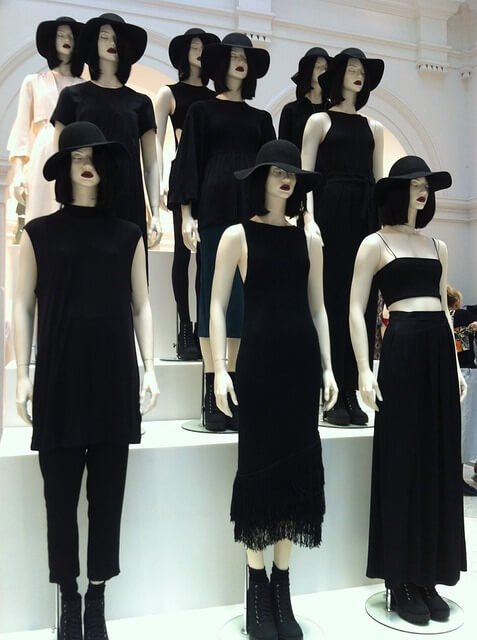 But she could not make up her mind whether she should buy the black coat.

However, after a lot of hair pulling out, she ended up not buying it.

Remembering that, Nameko got goose bumps.

The woman said to Nameko,

I know what I saw.

She looked exactly the same as you, because she had the same face and the same hairstyle as you!

She sent a puzzled look at Nameko.

Is there another me who bought the black coat?

Curiously, when Nameko saw her doppelgänger about 20 years ago, it was only a face.

However, it grew to the point it had a body before Nameko knew it!

One day, one of her friends said to Nameko.

What’s wrong with you, the other day?

You were singing at a karaoke bar in Sibuya, weren’t you? 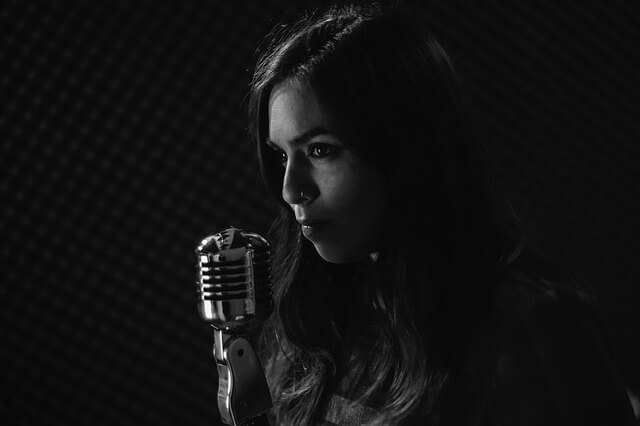 I talked to you, but you pretended not to hear me.

Why were you ignoring me?

Nameko was surprised to hear that, because she did not go to the karaoke bar that day.

Furthermore, another friend said to Nameko.

The other day, I saw you riding a bicycle in Daikanyamacho. 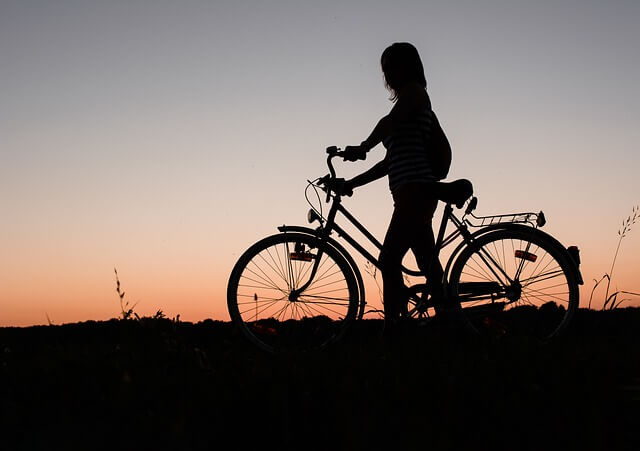 However, Nameko had no idea what she was talking about.

On the contrary, Nameko had no bicycles, because she could not ride a bicycle.

Furthermore, on a different day, other friend said to Nameko.

You were taking a walk along the river on Sunday, weren’t you? 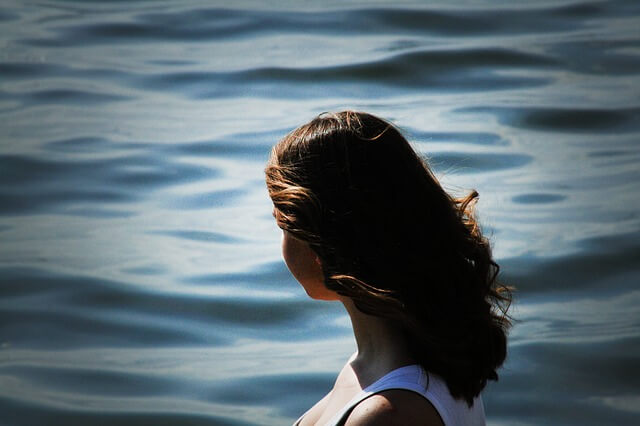 However, Nameko did not have the custom of taking a walk along the river.

A Beautician Cut the Doppelgänger’s Hair

By the way, you may think that Nameko’s doppelgänger is an unsubstantial thing.

However, it has a physical body!

Actually, one day, a young girl talked to Nameko.

According to the girl, she was a beautician working for a popular beauty salon in Omotesando.

You have visited our shop, haven’t you?

I remember I cut your hair several times. 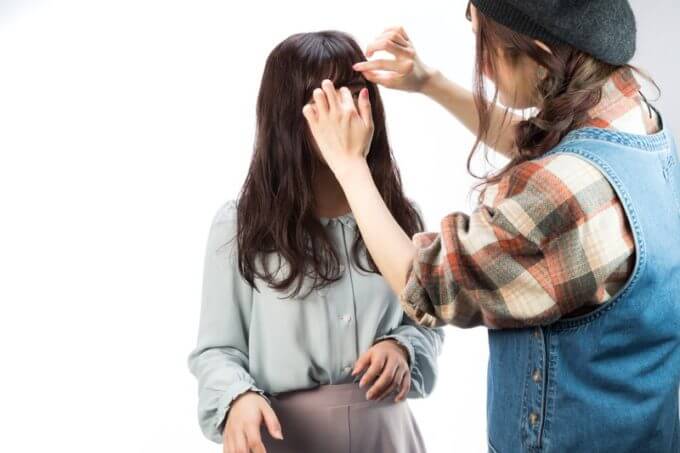 However, Nameko has never visited her shop before.

I’m sorry, but maybe you’ve mistaken me for someone else.

To hear Nameko’s words, the beautician gave her a puzzled look. 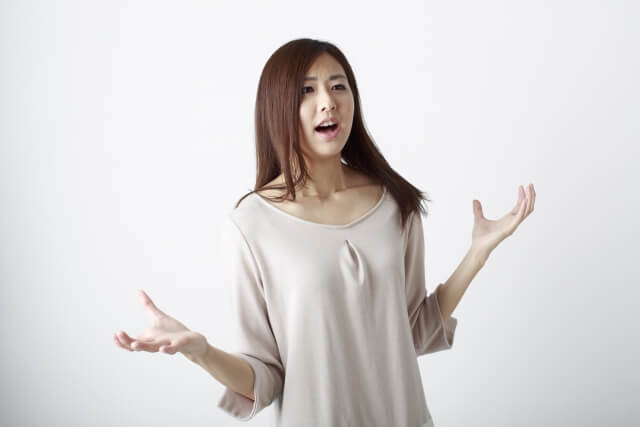 No! I’m not mistaken!

That was you, without a doubt!

I bet I cut your hair!

Then Nameko realized that her doppelgänger appeared in Shibuya, Daikanyama and Omotesando.

Her doppelgänger’s territory was limited.

It typically showed up in fashionable towns and areas of Japan.

Perhaps, it was a wraith of Nameko.

Actually, Nameko was feeling bad about herself for not living such a fashionable town.

Therefore, Nameko thought that her doppelgänger hanged around those fashionable towns and areas to fulfill her desires to live there. 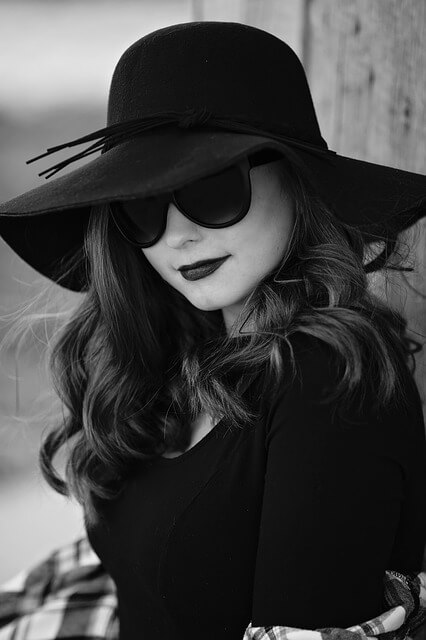 Someday, you may also see your doppelgänger.

Your doppelgänger hangs around various area to fulfill your desires.

One of your friends see your doppelgänger and say,

Hey!  What were you doing there?

I talked to you, but you pretended not to hear me.

Why were you ignoring me?

However, you had no idea what he was talking about.

After that, your doppelgänger gradually become more active and make a lot of friends.

Then, your doppelgänger takes the place of you in your business as well as in your family.

Finally, you end up becoming a doppelgänger of the other you!