Amazing Driving with a Ghost at Night! Supernatural Experience of a Japanese Man 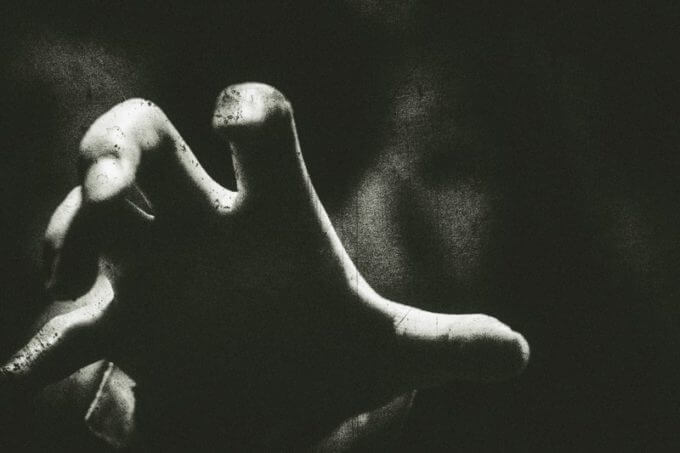 However, Kimura's miracle is not limited only to apples.

Here, I would like to introduce Kimura's amazing supernatural experience of driving with a ghost at night.

When Kimura was struggling to grow apples without any use of pesticides and fertilizers, he worked as a long-distance truck driver to feed his family.

It was so tough job that he would spend four or five nights in his truck.

The drivers of heavy trucks often drive alone at night.

So, they had mysterious experiences in everyday life, such as seeing a ghost.

There is no doubt about it.

Amazing Supernatural Experience of Driving with a Ghost at Night 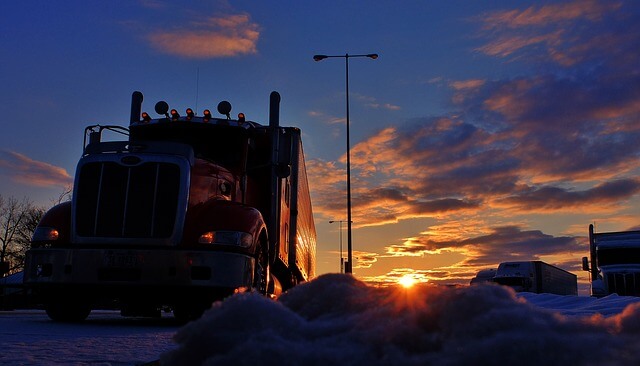 One night, Kimura drove a heavy truck on coastal Route 6 from Sendai to Ibaraki. 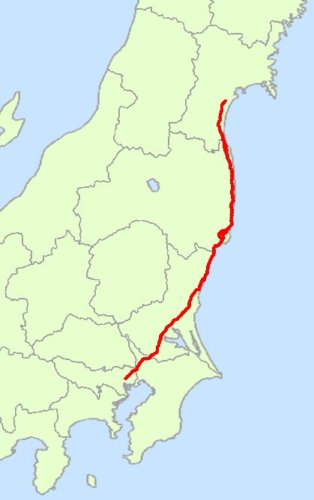 That night, he hardly saw other vehicles running on the dark road. 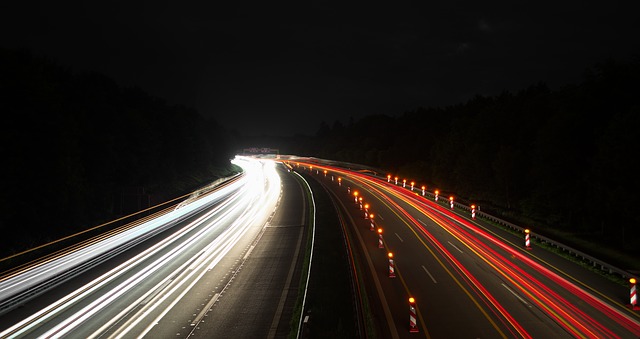 He had a hunch that something bad would happen.

I have a bad feeling about this drive.

I want get to my destination as soon as possible.

At that time, Kimura saw glaring lights coming towards him in the distance.

Suddenly, the oncoming heavy truck flashed its headlights to warn something. 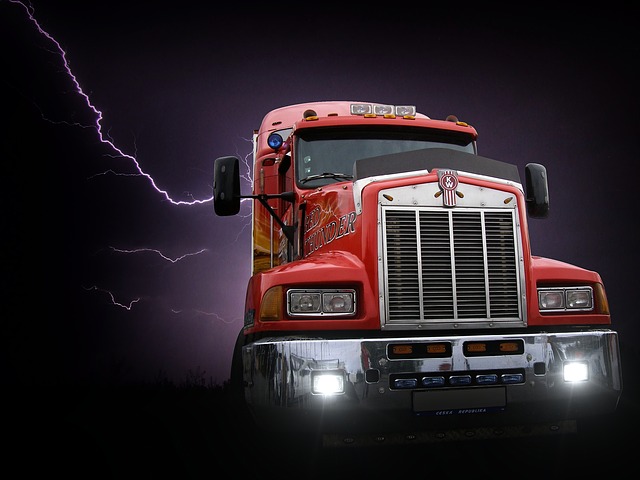 Then, the heavy truck stopped abruptly.

So, Kimura had to jam the brakes to avoid a collision with the heavy truck.

He had no idea why the driver of the heavy truck flashed the headlights at him.

What would he do that for?

Kimura leaned out of the car window to look at the driver.

The driver looked startled at something and then he beckoned Kimura closer. 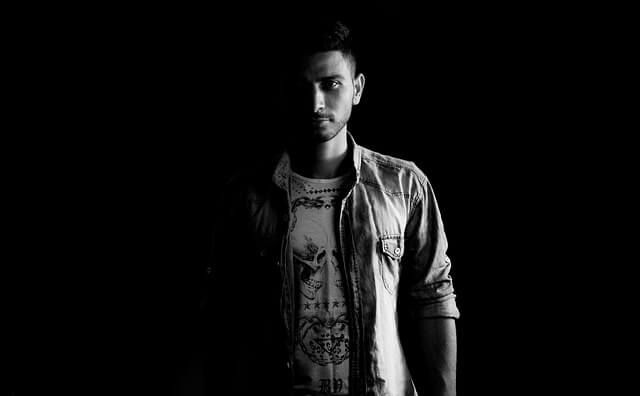 Get down here pronto!

Kimura had no obligation to answer the complete stranger’s call.

But, he finally got out of his truck and went to the driver, because the driver seemed like in a hurry.

What do you want?

Is there anything wrong with you?

When Kimura looked the driver closer, the driver had a sick look on his face.

He said to Kimura,

What do you put in the passenger seat of your truck?

I didn’t put anything in the passenger seat.

But the driver had a grim look.

Did you do something bad, didn’t you?

What do you mean?

How should I say…

Look carefully at your truck from here!

So, Kimura turned his head to look at his truck wonderingly.

Kimura let out an involuntary yell of surprise.

A mysterious triangular pale entity sat on the passenger seat of his truck. 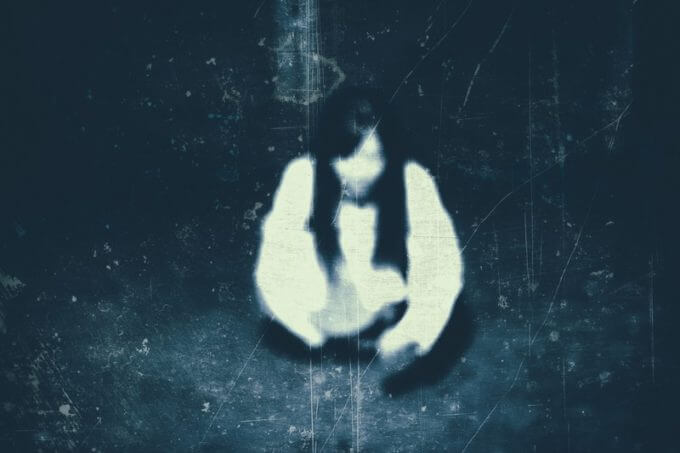 Maybe my eyes are playing tricks on me.

So, Kimura blinked his eyes several times, but the mysterious entity did not disappear.

He was more confused than scary.

It was not optical illusions, because two men saw the mysterious entity at the same time.

It actually existed in the passenger seat of his truck.

Then the driver advised to Kimura,

Go straight ahead and you will find a roadside restaurant.

You should drop it off at the roadside restaurant.

In short, you’re telling me I should drop that ghost or something off?

How should I drop the ghost off?

So, anyway, stay safe and do a good job.

You can do it!

And with that, the driver jumped into his truck and drove off at a furious pace.

Don’t run away and leave me alone!

Kimura was left alone on a highway at midnight.

Why do I have to take a long ride with a ghost? 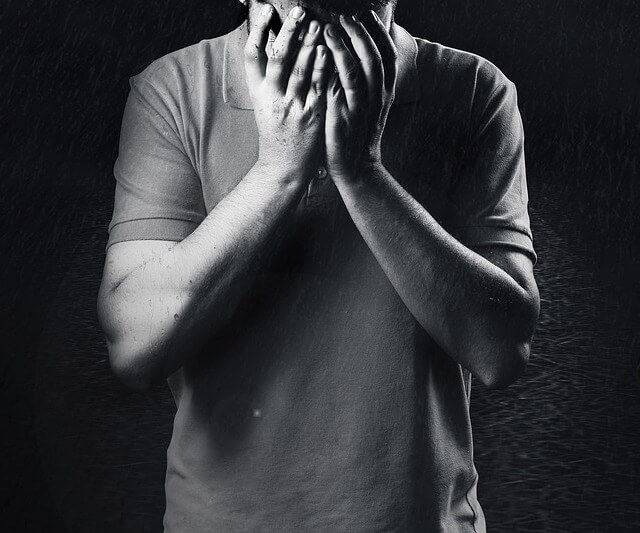 Kimura was left all alone on the road at night.

However, he had no choice to climb into the driver’s seat.

After sitting behind the wheel, he timidly looked at the passenger seat next to him.

No one was there.

I wonder if the ghost has gone?

However, he sat far away from the passenger seat as possible and he leaned against the door frame on the opposite side.

Then, he headed towards a roadside restaurant with a ghost.

Kimura had not driven one kilometer when he saw a roadside restaurant.

In front of the restaurant, a lot of heavy trucks parked. 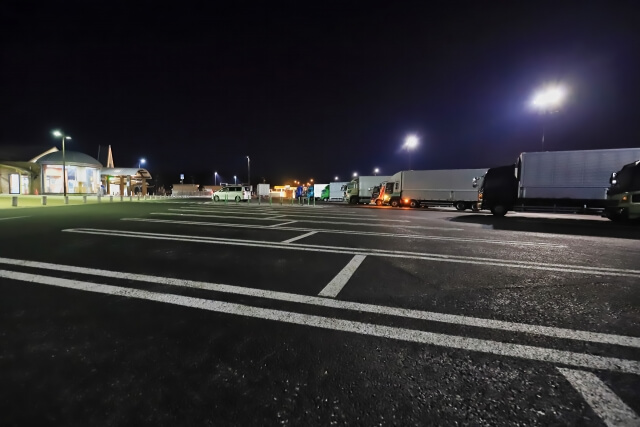 When he stepped inside, the restaurant was crowded with many drinking truck drivers. 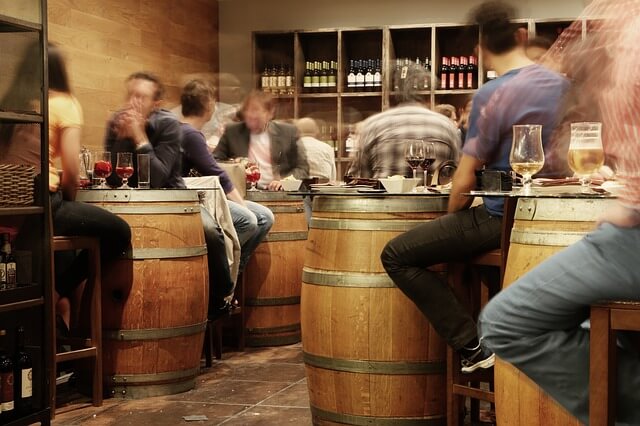 Hi, welcome to our shop.

May I help you, sir?

A store clerk spoke to Kimura. 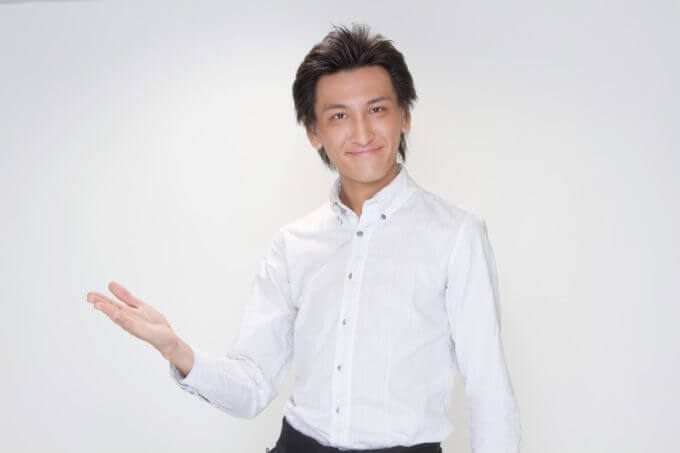 I’d like to ask you to do something strange for me.

Can I help you?

Could you please go out and check my truck over there?

Kimura explained the reason to the store clerk.

I will go check your truck.

The store clerk accepted his sudden request without question. 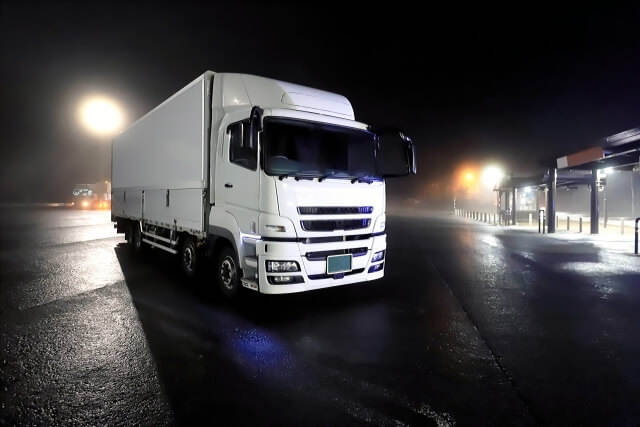 Then he began to check the truck with a practiced eye.

He saw the passenger seat at a glance and gave a shout of surprise.

Isn’t that a ghost?

That must be a ghost!

Do you think so, too?

I heard around 8 p.m. a bus tour guide was killed in a road accident at a turnaround for buses down the road. 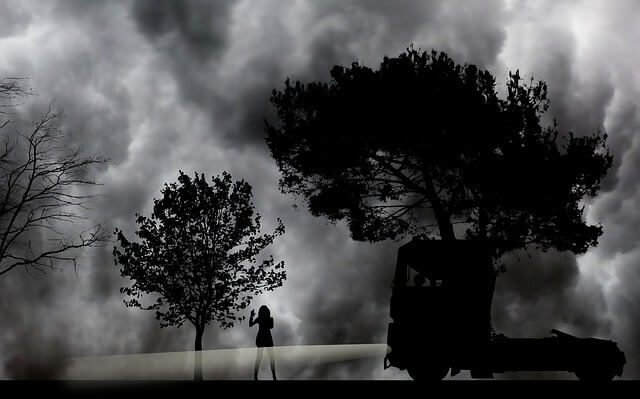 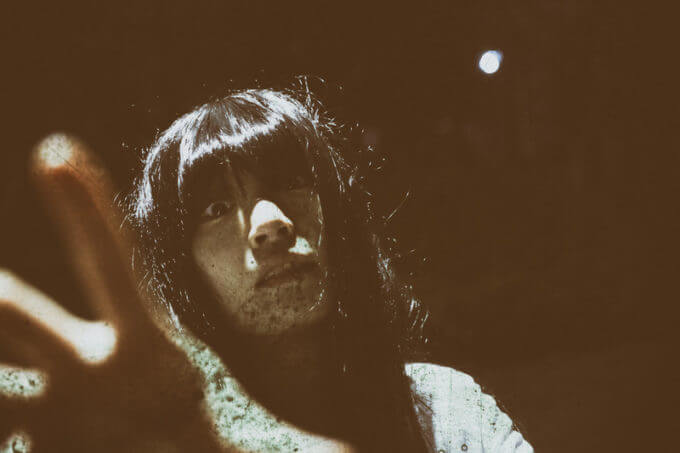 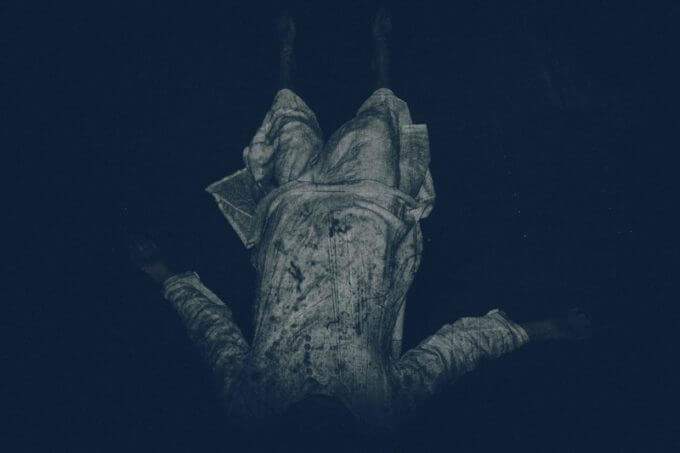 Kimura was very surprised to hear the news.

Then, the store clerk asked him.

Did you go through there?

Actually, Kimura went through the turnaround.

What is worse, he got out of his truck and urinated there, because he had held off on a trip to the bathroom for a long time and thus he was almost peed in his pants.

The turnaround was spacious but it was pitch dark, because there were no street lights around there.

So, it was the best place for discharging urine.

He took a pee there. 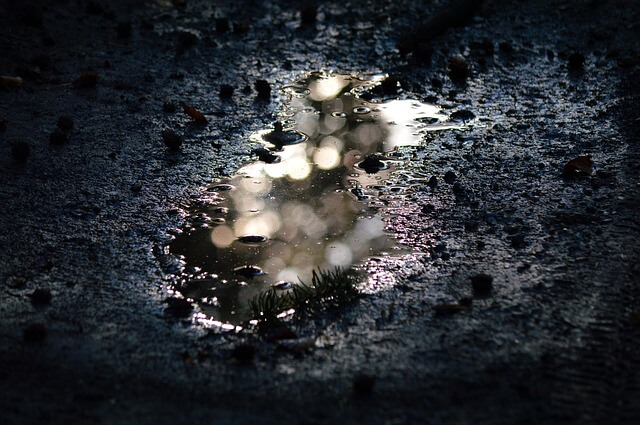 Oh, I feel much better now! 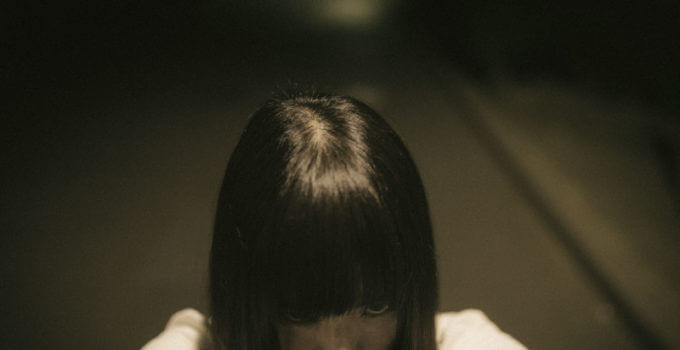 After passing urine, he drove away from the turnaround.

Returning to the Accident Site Again

Kimura explained the details to the store clerk.

The store clerk nodded to his satisfaction.

That’s what I thought!

No doubt that ghost in your truck must be the tour guide killed in the accident.

Shouldn’t you be going back there?

Kimura was reluctant to drive with a ghost again, but he could not leave his truck there.

He had no choice but to go back the way he came and return to the turnaround.

While he was driving, he could not see the ghost next to him.

Strangely, the ghost was visible from outside of the truck but it was invisible from the driver’s seat for some reason.

I don’t see anything on the passenger seat but she is definitely sitting there. 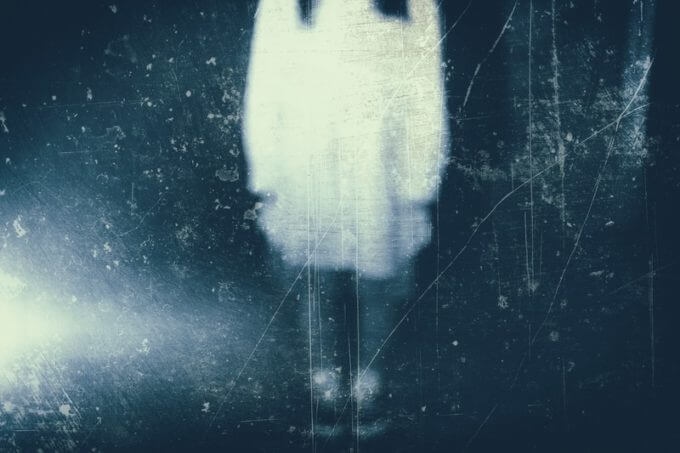 Casting a sidelong glance at the empty seat next to him, he felt uneasy.

So, Kimura turned up the car audio to the max to distract himself from the ghost.

He drove for a while and then he saw the turnaround.

It was pitch-dark there. 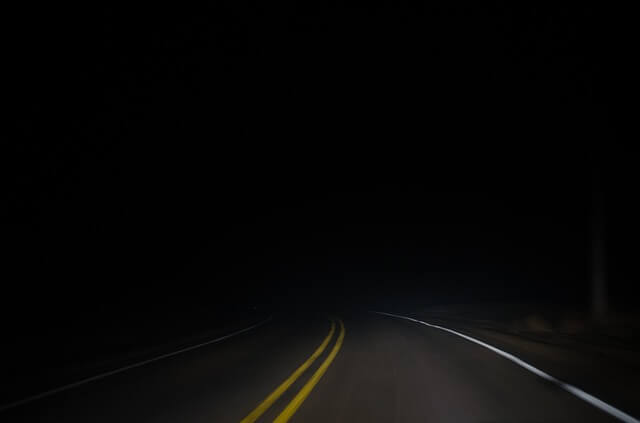 Kimura felt himself being sucked into the darkness.

He was suddenly seized with fear and so he illuminated here and there by headlights. 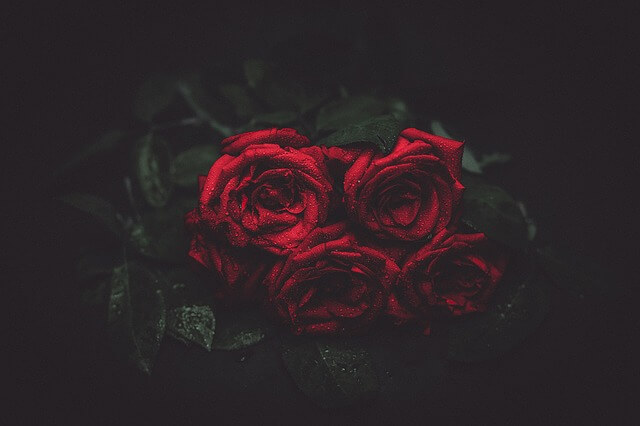 They seemed to be offerings to the victim of a traffic accident there.

I think I pissed around here.

Kimura got out of the truck to check the ground.

That’s what he thought.

He found some urine flowing from the ground where the floral tributes were put.

He felt really sorry and apologized to the wretched victim. 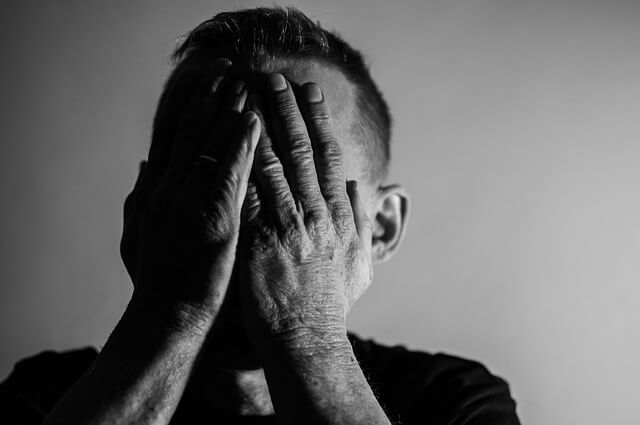 I didn’t notice you here.

If I had turned on a light, I would not have done such a stupid thing.

I’m really sorry to do such a bad thing to you.

He offered a drink he purchased at the roadside restaurant and put his hands together in prayer.

He did not know if she forgave him. 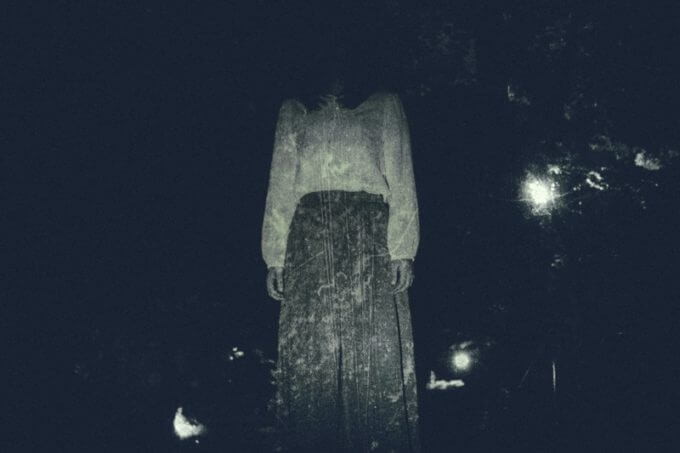 After the prayer, he decided to go back to the roadside restaurant.

He wanted to the store clerk to confirm if the ghost was gone. 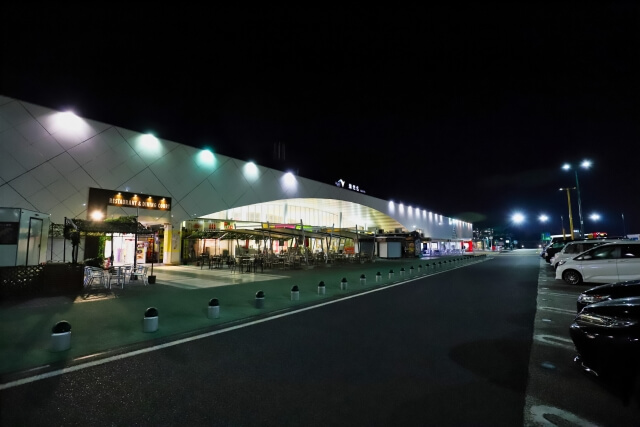 When Kimura entered the store, someone noticed him and called to everyone in the store.

That young guy came back!

Then, a lot of store clerks and drivers turned around to look at Kimura all at once and then gathered around him.

It appeared that everybody had been talking about the ghost in his truck after he left the store.

Is the ghost still there?

What have you done?

He was pelted with questions.

Instead of answering their questions, Kimura thought of having them verify that the ghost was still sitting in the passenger seat of his truck.

Please make sure the ghost is still in my truck.

Thus, the store clerks and the drivers checked carefully his truck from various directions to see if the ghost was still in the truck.

However, no one saw the ghost in his truck.

Kimura was relieved to hear that from the bottom of his heart.

The store clerks and the drivers began to go over the passenger seat of his truck for any evidence of the ghost with great interest.

She was sitting here, but the seat isn’t wet.

However, they could not find any traces of the ghost.

There was nothing left of the ghost.

So, they were very disappointed.

Someday, when you drive a road at night, you may feel someone is sitting next to you.

You may not be able to see them, but

they really exist directly next to you!

This is a true story of a man who died three times and traveled in time during the near-death experi ...

Angels Really Exist! Amazing Apparition of Angels in Japan: The Miracle of Our Lady of Akita

This is a true story of angels appeared in Convent-Marian Shrine of Our Lady of Akita in Japan. Do y ... 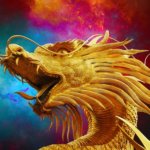 This is a true story of a Japanese man who had been bedridden for more than 20 years in a hospital, ...

Amazing Science of Another World Revealed by an Ex-Sony Engineer and Hitsuki Shinji, the Final Revelation of God

This is a true story of a man who explored a science of another world. Toshitaka Doi, Ph.D. (born 19 ...