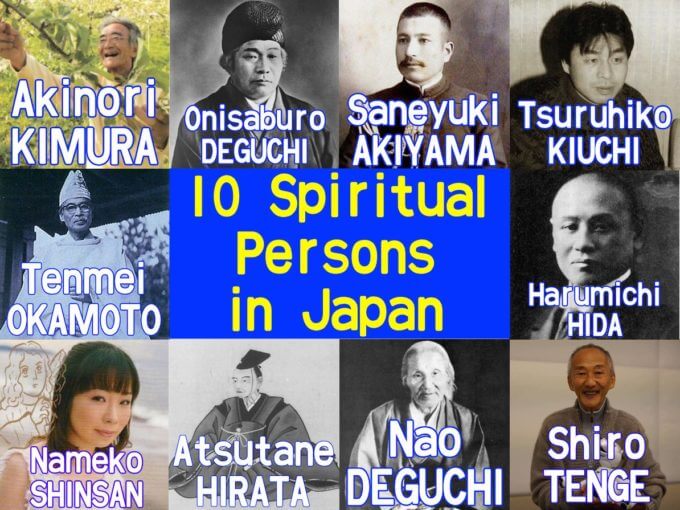 In Japanese history, there are a lot of spiritual persons who had an influence on Japanese spiritualism.

Some of them had an amazing psychic abilities and the others advocated unique and profound spiritual philosophies.

Nevertheless, only a few of them have been known outside Japan.

Thus, I would like to introduce amazing 10 spiritual persons in Japan who are influential in Japanese spiritual history. 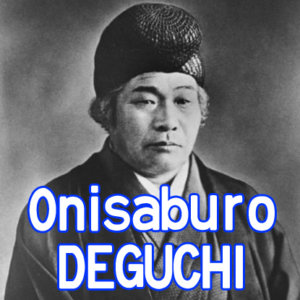 He left a voluminous amount of prophetic writings and many of them came true.

Onisaburo predicted the Great Kanto earthquake in 1923, the atomic bombings oin Hiroshima and Nagasaki and the defeat of the Empire of Japan in 1945 and so on.

According to some Japanese spiritual researchers,

Onisaburo’s predictions were fulfilled with accuracy of more than 95%.

Amazingly,  Onisaburo’s predictions are coming true even today, such as the release of Apple Watch and multicoptors.

He also predicted a declining birthrate, an adoption of the global unified currency, the revival of the barter economy, the next scientific revolution leading to a novel spiritual science and the coming of the Golden Age. 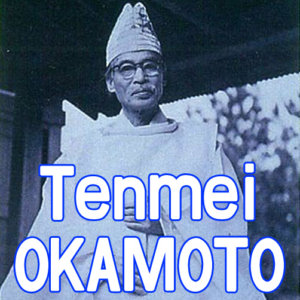 Tenmei Okamoto (1897-1963) was a Japanese painter and a deputy of a Shinto priest of Hachiman shrine (also known as Hatomori Hachimangu).

One day, Tenmei was possessed by Shinto God, Amano HItsukunokami and made various predictions by automatic writing.

This revelation is called as Hitsuki Shinji, meaning “the Sun and the Moon Revelation.”

The original text of Hitsuki Shinji. 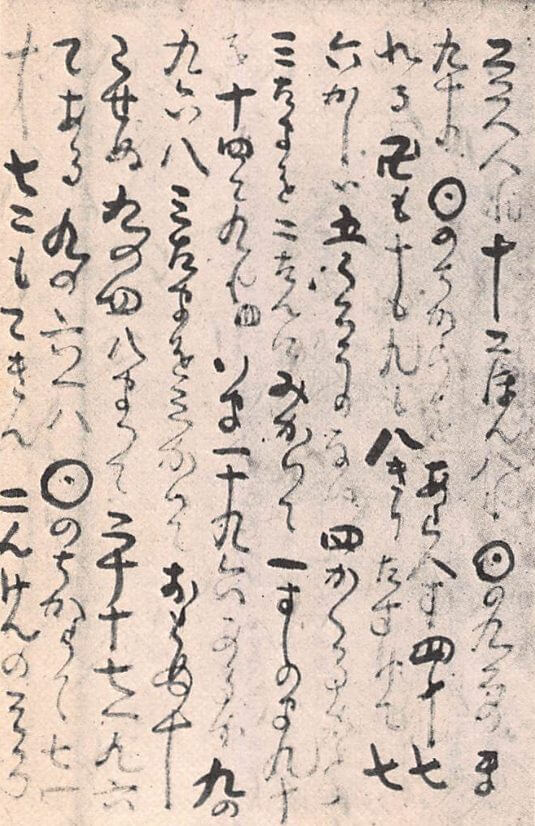 Hitsuki Shinji is the final revelation of God that created the universe, following the divine revelations around the world including Christanity, Islam, Buddhism and Taoism and so on.

Amazingly, Hitsuki Shinji includes a lot of numbers and symbols and thus it is written in ciphers.

In Hitsuki Shinji, it was written as follows.

As described above, the predictions written in Histuki Shinji have been fulfilled with accuracy of 100%.

Akinori Kimura Who Made “Miracle Apples” 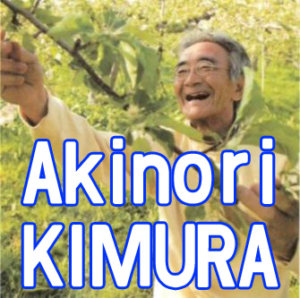 However, Kimura’s miracle is not limited only to apples.

Actually, Kimura had a lot of amazing psychic experiences in his life.

Tsuruhiko Kiuchi, a Comet Hunter Who Had Amazing Near-Death Experiences 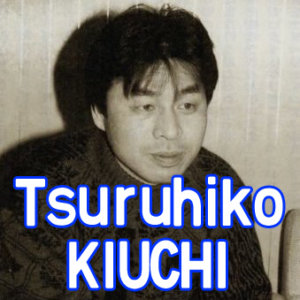 Tsuruhiko Kiuchi (1954 –) is a Japanese comet hunter who had amazing near-death experiences.

Kiuchi is also well-known for his near-death experiences.

Harumichi Hida, a Superman of the East Who Gained Amazing God’s Power and Strength 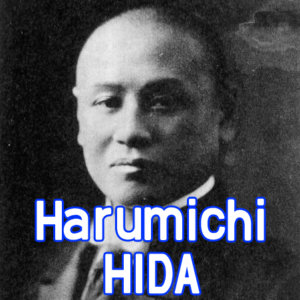 Harumichi had an incredible power and strength like a superman.

Actually, Harumichi was able to punch out a lump of board from a sturdy floor one inch thick (2.4 cm) with his foot without feeling any resistance. 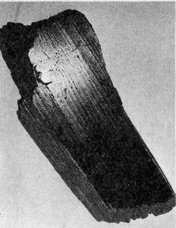 Furthermore, when Harumichi trampled down the floor, he was able to snap off even a wooden floor joist together with the floor board.

The wooden floor joist snapped off by Harumichi. 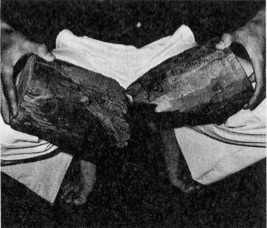 In this way, Harumichi gained an amazing God’s power and strength through the training of Kyoken-jutsu. 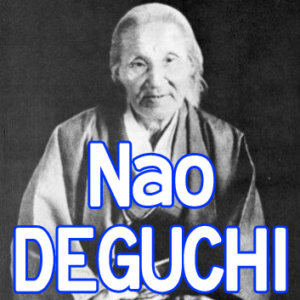 One day, Nao was possessed by Shinto God, Ushitora no Konjin (Golden God of Northeast).

Then, she made a lot of predictions, such as the outbreaks of the Sino-Japanese War, the Russo-Japanese War and the two World Wars, which all came true.

By the way, it seems that Lady Miyako (Miyako-sama) of Japanese manga series, AKIRA was inspired by Nao.

Therefore, in order to truly understand the psychic background of AKIRA, it may be necessary to learn the amazing philosophy of Nao Deguchi.

Saneyuki Akiyama, “Psychic Admiral” Who Had an Amazing Psychic Power Through the Russo-Japanese War 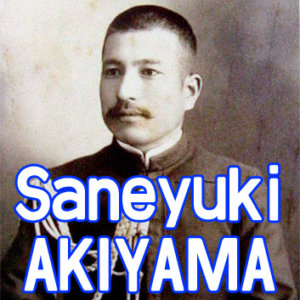 Akiyama played a central role for planning for the naval battles through the Russo-Japanese War (1904−1905).

Amazingly, Akiyama was “Psychic Admiral” who brought a decisive victory with a psychic power.

Admiral Tōgō on the bridge of the battleship Mikasa, at the beginning of the Battle of Tsushima, in 1905. Tōgō in the middle and Akiyama on the left back of Tōgō. 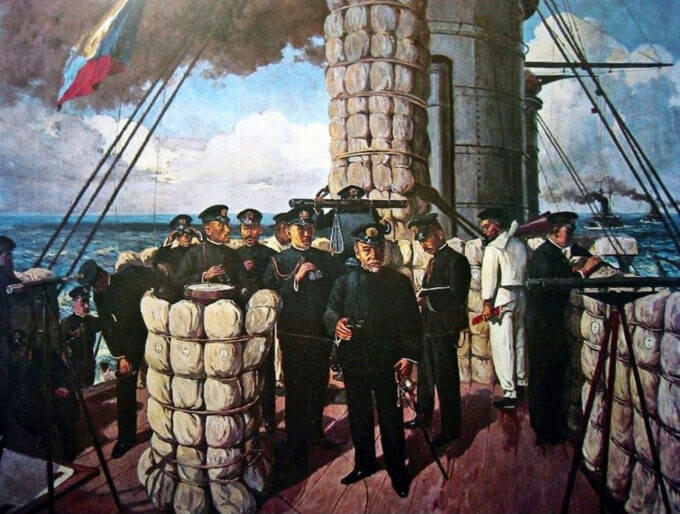 The anecdote about Akiyama’s psychic power is known to Japanese spiritual researchers, but it is little known outside Japan. 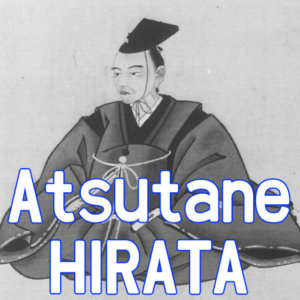 Hirata is conventionally ranked as one of the Four Great Men of Kokugaku (nativist) studies, and one of the most significant theologians of the Shinto religion.

Hirata had a great deal of interest on an afterlife and another world.

Thus, Hirata collected evidences of afterlife and another world from all over Japan.

He left a lot of spiritual writings including “Chronicle of the Rebirth of Katsugoro.” 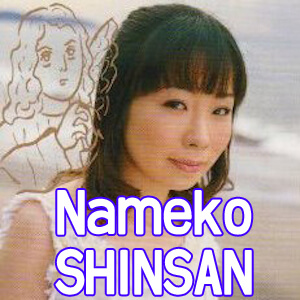 Nameko Shinsan (1974 –) is a Japanese comic artist and columnist.

Furthermore, she has the ability to feel ghosts and other spiritual beings and has had a lot of spiritual experiences from childhood.

Thus, Ms. Nameko is very popular among Japanese women who are interested in spiritual things.

Shiro Tenge, a Japanese Genius Engineer Who Explored the Science of Another World 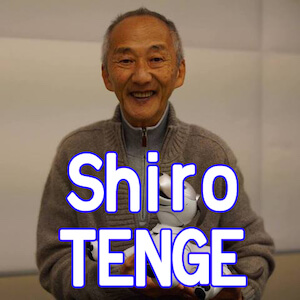 Shiro Tenge is another side of Toshitaka Doi, Ph.D. (1942 – ), a Japanese electrical engineer.

Dr. Doi received a degree in electrical engineering from the Tokyo Institute of Technology in 1964, and a Ph.D. from Tohoku University in 1972.

He joined Sony Japan in 1964 and was a prominent member of the Sony/Philips taskforce responsible for the design of Compact Disc.

In the 1990s, Dr. Doi headed Sony’s Digital Creatures Laboratory and he was responsible for the AIBO, Sony’s robotic dog.

In 2003, he created the QRIO, a running humanoid robot.

In this way, Dr. Doi achieved an extraordinary performance as a Sony’s genius engineer.

However, Dr. Doi published a lot of spiritual books under the pen name of Shiro Tenge.

He is interested in the scientific elucidation of another world.

Tenge’s books about the science of another world became bestsellers in Japan.