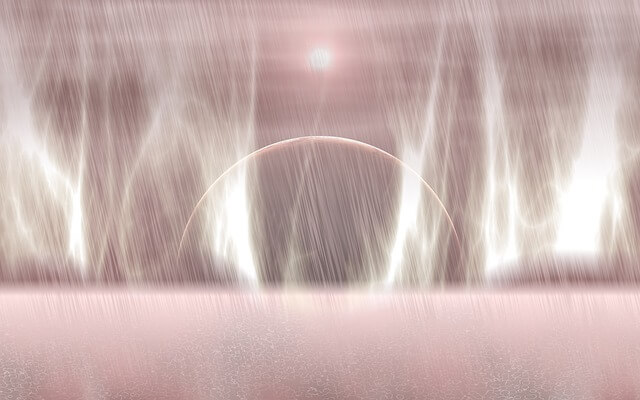 This is a true story of a man who explored a science of another world.

Have you ever thought that the time will come when the mystery of another world will be unraveled?

I don’t believe in another world!

It’s a product of fantasy!

You may think that it is common sense that another world is a product of imagination.

However, there is a Japanese man who explores a science of another world.

Amazingly, he believes that the day will come that the mystery of another world will be unraveled by the next-gen science. 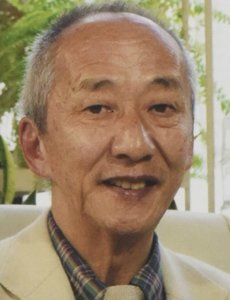 Dr. Doi received a degree in electrical engineering from the Tokyo Institute of Technology in 1964, and a Ph.D. from Tohoku University in 1972.

Dr. Doi joined Sony Japan in 1964 and was a prominent member of the Sony/Philips taskforce responsible for the design of Compact Disc. 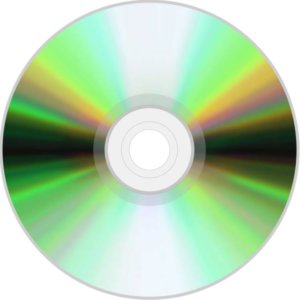 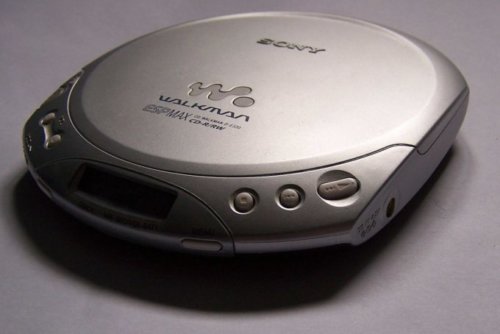 In the 1990s, Dr. Doi headed Sony’s Digital Creatures Laboratory and he was responsible for  AIBO, a Sony’s robotic dog. 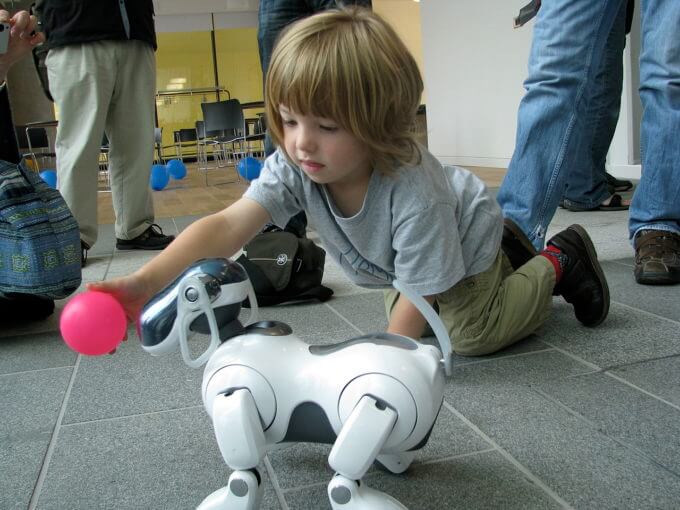 Sony QRIO Robots watch AIBOs at a Robocup event. The humanoid QRIO robot was designed as the successor to AIBO 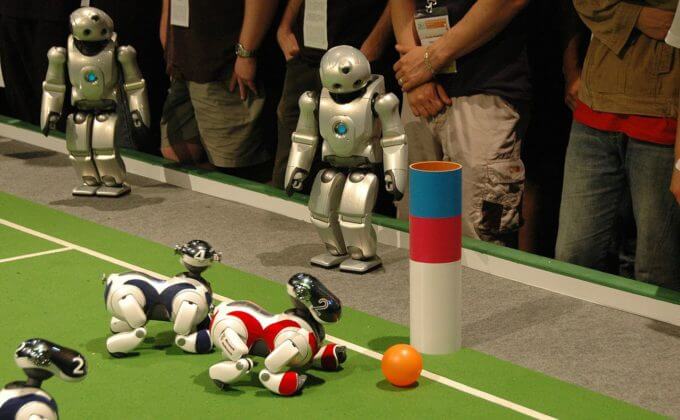 In 1981, Dr. Doi was awarded the Eduard Rhein Prize for the design of the Compact Disc.

In 1984, Dr. Doi was awarded Silver Medal Award from Audio Engineering Society for his outstanding achievement in the field of audio engineering.

In this way, Dr. Doi achieved an extraordinary performance as a Sony’s genius engineer.

Dr. Doi Is Also Known as Shiro Tenge Who Explored Science of Another World 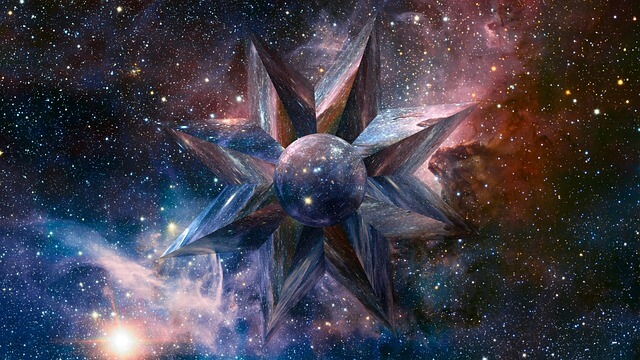 By the way, Dr. Doi has another side to him besides being a genius engineer.

He published a lot of spiritual books under the pen name of Shiro Tenge.

The pen name comes from a character, Shiro Tenge of a Japanese comic series “Ayako,” a later work of a pioneering Japanese comic artist, Osamu Tezuka (1928-1989). 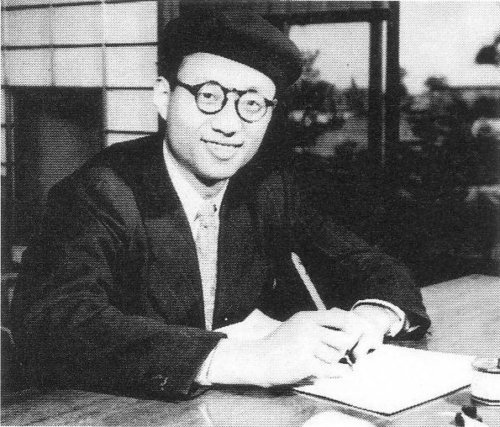 Dr. Doi was interested in the scientific elucidation of another world.

His books about the science of another world became bestsellers in Japan.

Thus, Shiro Tenge is a significant aspect of Dr. Doi.

Interestingly, after retiring from Sony in 2006, Dr. Doi had a living funeral of himself, that is, Toshitaka Doi.

After that, Dr. Doi decided to live the rest of his life as Tenge Shiro.

Therefore, I hereinafter refer to Dr. Doi as “Tenge Shiro.”

Tenge’s Father Was an Amazing Psychic 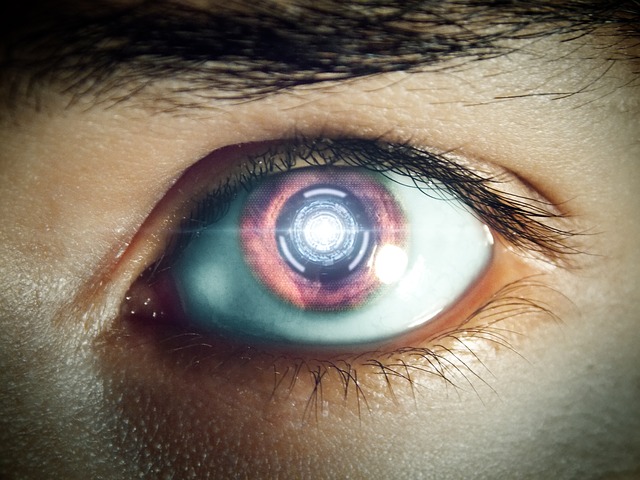 By the way, why did Tenge get interested in another world?

According to Tenge, his father was a kind of psychic.

Tenge’s father was an honest and hard-working bank clerk.

However, his father had a mysterious power and had a great understanding of the beginning of the universe.

Actually, when his father’s friend or someone very close passed away, his father had predicted it before receiving the news of their death.

One night, his father said to Tenge,

Surprisingly enough, the next morning, his father received an urgent telegram from the bereaved family informing that Mr. XX passed away. 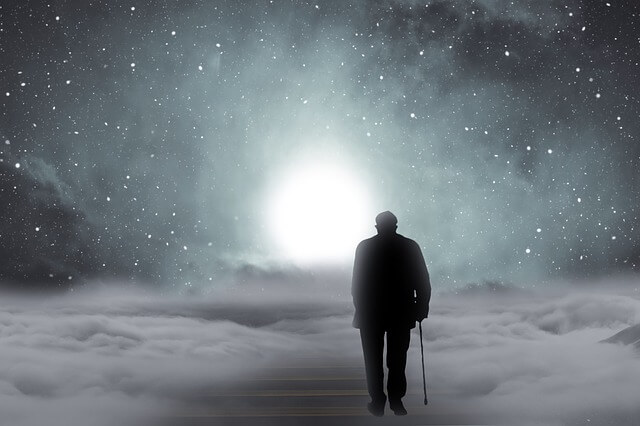 Tenge was very surprised and asked his father,

How did you know Mr. XX passed away, dad?

Then, his father said to him,

His body was gloriously luminous. 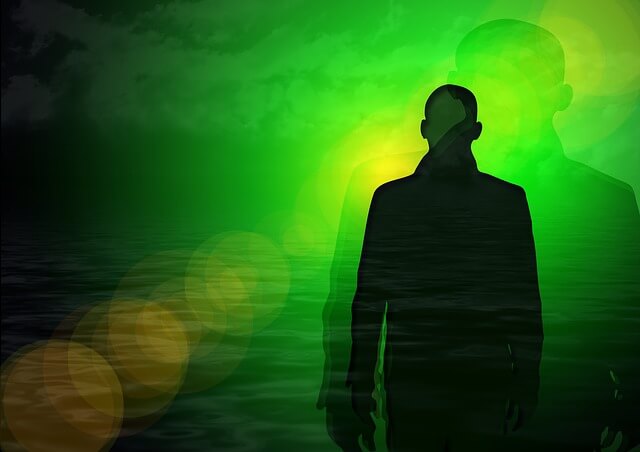 Then Mr.XX said a word of thanks to me.

So, I could tell that he just passed away.

Curiously enough, until very recently, Mr. XX looked so healthy that there was no sign of death.

Amazingly, this happened many times.

Tenge’s father frequently had such premonitions, not once or twice.

According to Tenge, his father put an eraser on a bottle and jabbed the top of the eraser with a pin.

Then, his father put a slip of paper on the pin.

Surprisingly, his father moved the slip of paper by psychic force. 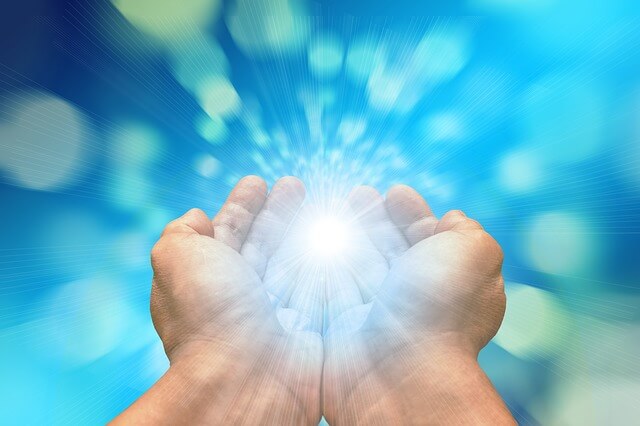 Furthermore, his father taught Tenge how to do it.

Taught by his father, Tenge was able to spin a paper at great speed by psychokinesis.

At that time, Tenge was a lower elementary school student.

Amazingly, Tenge was also able to stop the spinning paper and then to spin the paper backward.

However, one day, his father said to Tenge.

You must not use your psychic power in front of others.

After that, Tenge became unable to use his psychic power.

From this experience, Tenge experienced the truth that there is the unseen in the universe.

At that time, it was quite natural for him.

Furthermore, when he was a child, Tenge found a book titled “The Third Eye.”

It was the book written about a Tibetan ascetic monk named Lobsang Rampa.

Now, The Third Eye is considered a fiction.

Actually, the author is Cyril Henry Hoskin (1910-1981), the son of a British plumber, who claimed that his body was occupied by the spirit of Rampa.

However, according to Tenge, the book introduced a health-improving meditation technique known as “Nanso method.”

In history, “Nanso method” was introduced by Hakuin Ekaku (1686-1769), one of the most influential figures in Japanese Zen Buddhism.

Hakuin fell ill for almost two years in his young life, experiencing what would now probably be classified as a nervous breakdown by Western medicine.

When Tenge read The Third Eye in his childhood, he did not know about Hakuin’s Nanso method.

Actually, Tenge learned only later that the meditation method written in the book was Nanso method.

Inspired by The Third Eye, Tenge tried it in his way.

What is written in this book is the truth.

In this way, Tenge has been interested in supernatural phenomena since he was a child.

At that time, it was no wonder for Tenge that there were supernatural phenomena.

Or rather, he even regarded it as quite natural.

However, when Tenge became a junior high school student, he was shocked to learn that it was a conventional view that supernatural powers are unscientific and fishy superstitions.

This is the reason why Tenge decided to scientifically elucidate the supernatural phenomena which were denied by modern science.

So, Tenge majored in electronic engineering in Tokyo Institute of Technology (Tokyo Tech).

The main building of Ookayama Campus of Tokyo Tech 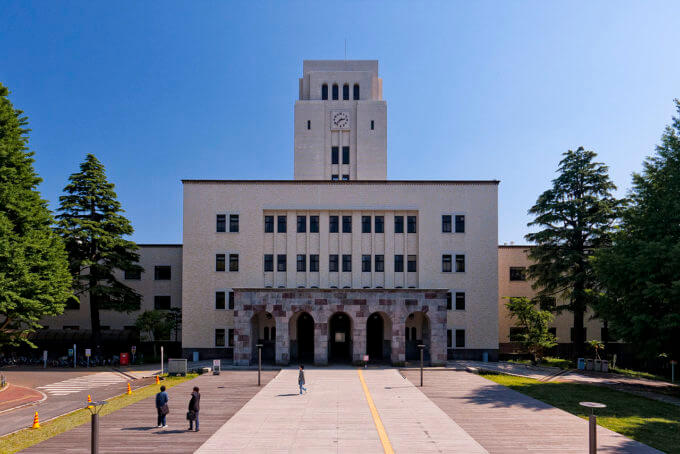 Tokyo Tech is the largest institution for higher education in Japan dedicated to science and technology, and is generally considered to be one of the most prestigious universities in Japan.

Supernatural phenomena such as telepathy and X-ray vision are invisible.

Thus, Tenge thought that it is the quickest way to study electromagnetic waves which are invisible communicative means, just like telepathy and X-ray vision.

However, Tenge found out later that he did what didn’t work.

Tenge learned the hard way that modern science was going in the direction contrary to what he thought.

Therefore, he felt that modern science reached its limits.

Tenge got a Ph.D. for his research on electromagnetic wave, but he felt disappointed at modern science, because it did not give him a satisfactory answer to his question.

Tenge Made Very Important Discoveries in His Forties

However, in his forties, Tenge made a major breakthrough. 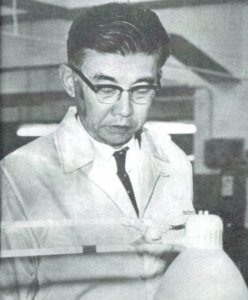 At that time, Tenge heard from Ibuka that a scientific conference was held at the University of Tsukuba where Japanese and French scientists participated.

The University of Tsukuba campus 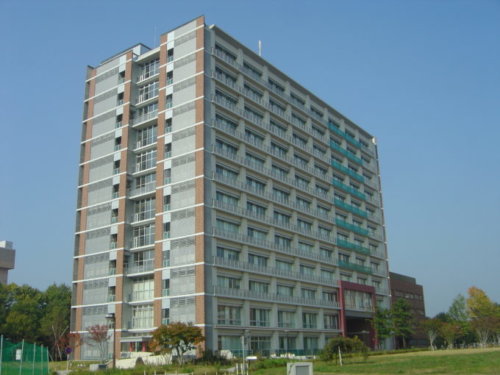 Ibuka told Tenge that the scientists debated the topics of so-called “New Age Science” in the conference.

The conference minutes was compiled in five books.

Tenge got curious about the New Age Science debated in the conference.

Thus he took time from his busy schedule to read the conference minutes.

In the conference, David Bohm (1917-1992), an American theoretical physicist participated in video. 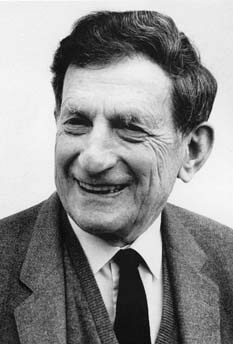 Source The original uploader was Karol Langner at English Wikipedia.

In a book, Wholeness and the Implicate Order, Bohm used these notions to describe two different frameworks for understanding the same phenomenon or aspect of reality.

Bohm developed the concepts to explain the bizarre behavior of subatomic particles.

According to Bohm, the implicate order (also referred to as the “enfolded”) is seen as a deeper and more fundamental order of reality.

In contrast, the explicate or “unfolded” order include the abstractions that humans normally perceive.

Tenge discovered that the Bohm’s implicate order has a number of common features with another world described in eastern philosophy.

On the other hand, in the conference, Yasuo Yuasa (1925-2005), a Japanese philosopher of religion participated as a representative of Japanese scientists.

Yuasa studied Eastern meditation practices such as zen meditation and yoga, the Eastern notion of the meridians of the body, as well as Western depth psychology, in particular the Jungian approach.

In the conference, Yuasa introduced collective unconscious coined by Carl Jung (1875-1961), a Swiss psychiatrist and psychoanalyst. 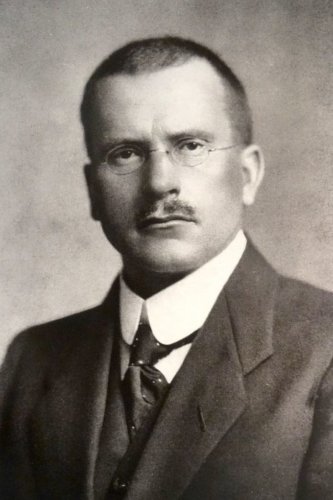 Collective unconscious refers to the structures of the unconscious mind which are shared among beings of the same species.

According to Jung, the human collective unconscious is populated by instincts, as well as by archetypes: universal symbols such as The Great Mother, the Wise Old Man, the Shadow, the Tower, Water, and the Tree of Life.

At that time, he came up with a great idea.

Come to think of it, could it be that Jung and Bohm say the same thing?

Tenge discovered that the Jung’s collective unconscious has a common features with the Bohm’s implicate order as well as another world described in eastern philosophy.

In 1994, he published a book titled “The Science of Another World: Results Achieved This Far” which became a bestseller in Japan.

Tenge predicts in The Science of Another World,

In the near future, the time will come when science and religion will be integrated.

In later posts, I will introduce Tenge’s amazing discoveries in greater details.

Someday, the time may come when science and religion will be integrated just as Tenge predicted.

In such a future world, magic may exist along with science. 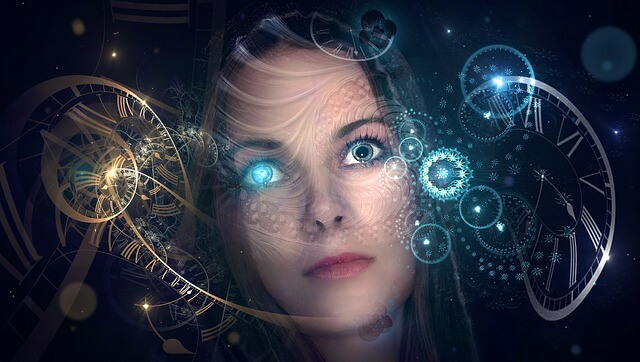