A Deaf Woman Completely Cured by a Miracle! The Miracle of Our Lady of Akita 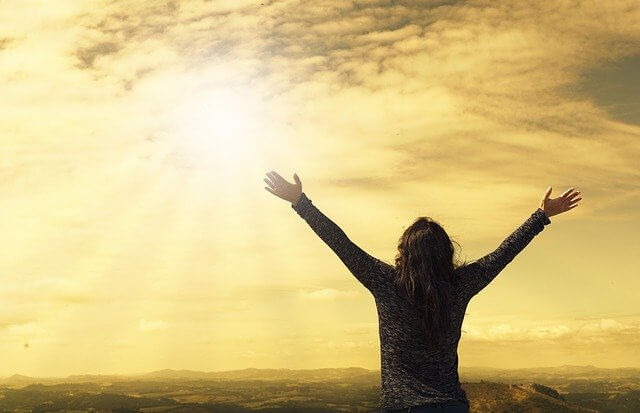 This is a true story of a deaf woman who had lost her hearing in both ears but she was completely cured by a miracle of Blessed Virgin Mary.

In the former post, I introduced Sister Sasagawa who suddenly lost her hearing in her both ears on March 16, 1973.

Amazing Light of God! The Miraculous Light of Jesus and Our Lady of Akita

However, on October 13, 1974, she miraculously recovered from the hearing loss by the grace of Virgin Mary.

Miraculous Cure of Hearing Loss! : The Miracle of Our Lady of Akita

But this recovery did not last long.

Actually, on March 10, 1975, she completely lost her hearing again as her guardian angel had predicted.

However, 7 years later, Sr. Sasagawa was completely cured by the grace of Virgin Mary again.

In this post, I would like to introduce a complete recovery from the hearing loss of Sr. Sasagawa by the miracle of Our Lady of Akita.

The following story is based on the book “Akita: The Tears and Message of Mary” written by Father Teiji Yasuda (1916 - 2013), chaplain of the convent in Akita, Japan.

On March 25, 1982, the Feast of the Annunciation, which is a most important Feast of the Institute of the Handmaids of the Eucharist, Sister Agnes Katsuko Sasagawa (born May 28, 1931) came to see Father Yasuda after the adoration.

I have received a message from my guardian angel again!

According to Sr. Sasagawa, the angel said as follows:

You feel painful in your lost hearing, don’t you?

The time of the cure which I had promised you is close at hand.

Just as before, through the intercession of the Holy and Immaculate Virgin, your ears will be completely cured before Him who is truly present in the Eucharist.

And thus the work of the Most High will be accomplished.

There will still be many hardships, sufferings and obstacles coming from outside.

But, you have nothing to fear.

If you devote them in patience, you will definitely be protected.

Tell the man who guides you what I have told you.

And ask him for guidance and prayer.

Father Yasuda had expected that the day of the complete cure of Sr. Sasagawa's hearing loss would come someday.

Nevertheless, he got so emotional to know that the day was coming.

But, there was no way that he could expect when it would come, because the angel gave him no clue.

So, Father Yasuda advised Sr. Sasagawa to tell nothing to anyone else about it and to behave as usual.

A little more than a month had passed since then.

It was May which is called Marian month.

On the morning of May 1, 1982, Sr. Sasagawa received a message from her guardian angel again during adoration.

The angel said to her as follows.

Your ears will be completely cured during this month consecrated to the Immaculate Heart of Mary.

They will be cured as before by Him who is really present in the Eucharist.

Those who will believe in this sign will receive many graces.

There will be those who oppose, but you have nothing to fear.

From this angel’s message, Father Yasuda expected that it would be any one of the Sundays of May.

Then, the Sunday of Pentecost, the last Sunday of Marian month came.

The hour of Benediction approached.

That day, there were fewer visitors than usual.

The only persons from outside were Mr. and Mrs. Okuhara.

Mr. Eiji Okuhara was the professor of the first biochemical class of the medical department at Akita University.

Prof. Okuhara had introduced Prof. Kaoru Sagisaka of the forensic medicine class of the medical department at Gifu University to Father Yasuda so that a scientific analysis of the tears of the statue of Virgin Mary could be conducted.

So, in hindsight, Prof. Okuhara was just the proper person required to be present.

After more than an hour of adoration, Father Yasuda took the monstrance of the Blessed Sacrament to give a benediction to the attendees gathered. 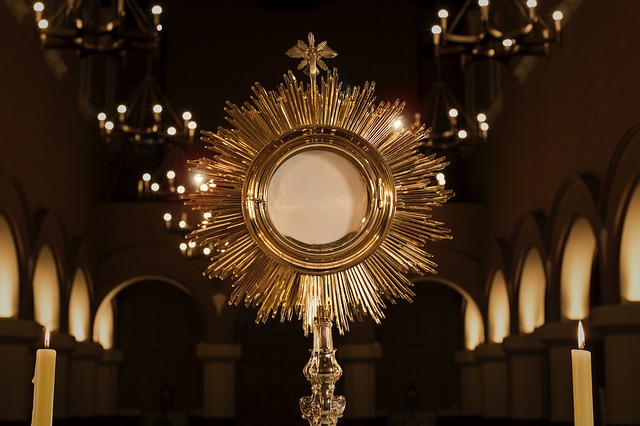 Then the moment he rang a bell, Sr. Sasagawa’s hearing returned as if the ring of the bell triggered it.

When they finished the divine praises like always, Sr. Sasagawa called out to Father Yasuda from behind.

I have just received the grace of healing!

Could I ask you to recite the Magnificat to show my appreciation?

To hear her words, Father Yasuda felt a rush of emotion, but he controlled it with difficulty. 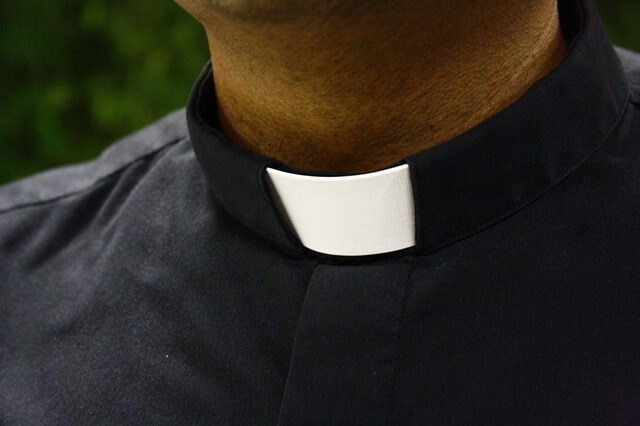 So, he only nodded his head.

Then Father Yasuda put in the Host in the tabernacle and said to the attendees. 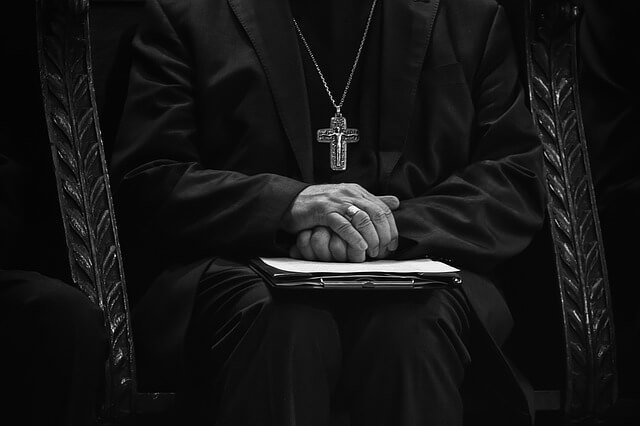 A few months ago, an angel had appeared before Sr. Sasagawa and told her that her ears would be completely healed.

Amazingly, just as the angel had predicted, Sr. Sasagawa’s ears have been healed now!

So, let us sing the Magnificat as an expression of our gratitude to the grace of Virgin Mary.

Then, the hymn was sung in loud voices. 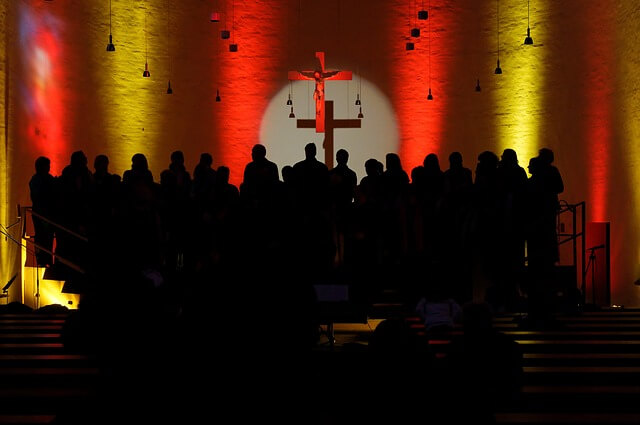 Everyone there was seized with gratitude beyond description and moved to the point of tears.

That evening, Sr. Sasagawa called Bishop Ito to report him the cure of her ears.

The Bishop was very surprised, because she could talk with him on the phone like a person with normal hearing.

It was really a day of wonders!

The Results of Reexamination of the Ears

The following morning, Sr. Sasagawa went to see an ENT doctor, Dr. Arai of the Akita Red Cross Hospital, who had been taken care of her for nine years. 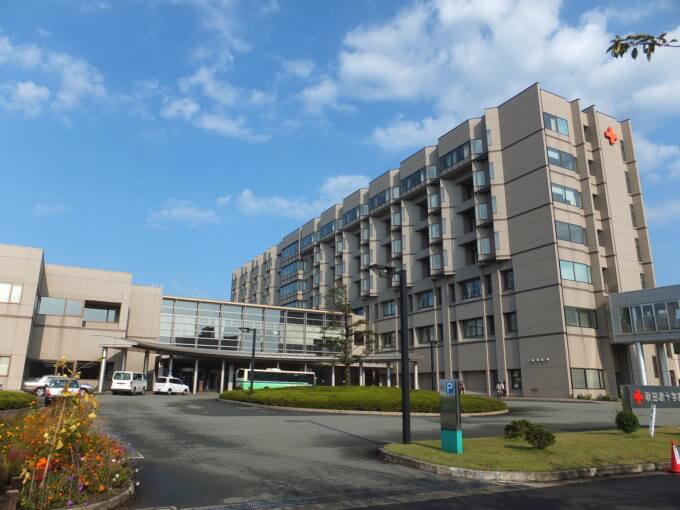 Amazingly, the detailed examination of her ears showed that they had been completely cured!

The doctor seemed very impressed by the complete cure of her ears.

Then, the doctor and all of the nurses stood up and then bowed their head humbly to extend their congratulations to Sr. Sasagawa. 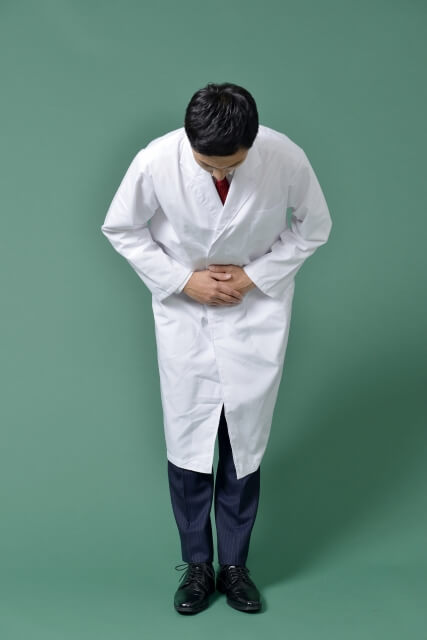 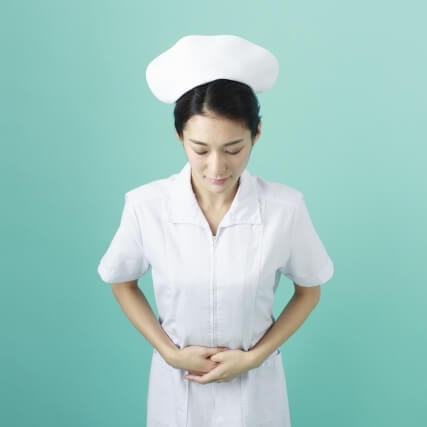 Dr. Sawada had examined her and performed a detailed examination on March 1973, when she had lost her hearing for the first time.

After the hearing test, Dr. Sawada wrote a medical certificate of June 3, 1982 saying,

The result of the hearing test revealed no abnormality in both ears.

In this way, as the angel had predicted, Sr. Sasagawa's hearing loss was completely cured!

The Meaning of the Sister Sasagawa's Hardship

Later on June 14, 1982, Bishop Ito went to the hospital in person to ask the director of the ENT department for a certificate showing,

This is a miraculous cure.

But, they declined to issue such a certificate, because they were not allowed to write a word “miracle” in a certificate according to the medical tradition.

Nevertheless, those who had known the previous condition of her ears actually admitted that there’s no doubt it was a miraculous cure.

Father Yasuda was also convinced that the cure of the hearing loss of Sr. Sasagawa was by the favor of God beyond any doubt, with or without the official certificate of the miracle.

By the way, Sr. Sasagawa had lost her hearing that on March 16, 1973 and since then she could not hear any sound of the world.

Father Yasuda explained about the reason why she had lost her hearing.

Perhaps, it was to prepare for the great grace, that is, to receive the messages from Virgin Mary.

In other words, it was necessary to lose her hearings to hear the supernatural voice of Virgin Mary.

Amazingly, after the miraculous cure, the hearing of Sr. Sasagawa was completely normal and on the contrary, she had sharper ears than other sisters.

In this way, the mysterious happenings of Our Lady of Akita ended on May 30, 1982, Feast of Pentecost, with the complete cure of the ears of Sr. Sasagawa.

As already described, on May 1, 1982, the guardian angel appeared to Sr. Sasagawa during her adoration before the Blessed Sacrament and said,

Your ears will be completely cured during this month consecrated to the Immaculate Heart of Mary.

And this was the last apparition of the angel in Akita.

By the way, you may have the following question.

I wonder if the angel was a kind of hallucination caused by a double personality of Sr. Sasagawa.

Sr. Sasagawa was also worried about it.

So, when she received the message from the angel that her ears would be completely cured, she thought of it as a good opportunity to ask the angel.

Are you ‘another me’ having a talk with myself?

The angel shook her head.

I have appeared to you to guide you so far.

But I will not appear anymore.

Then the angel left and disappeared into a group of angels that gave off a celestial radiance.

According to Sr. Sasagawa, the beauty of the angels was out of this world.

Since then, the angel has not appeared to Sr. Sasagawa.

Perhaps, they finished their noble mission to work a miracle on the earth as a messenger of Virgin Mary and the Lord.