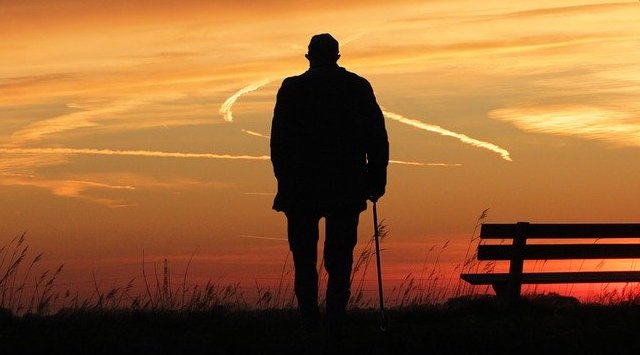 This is a true story of a Japanese man who had near-death experiences for five straight days.

These articles were later put together into a bulky two-volume book titled “Near-Death Experiences” and the total number of pages of the book is 868. 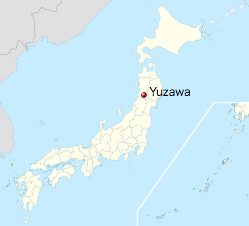 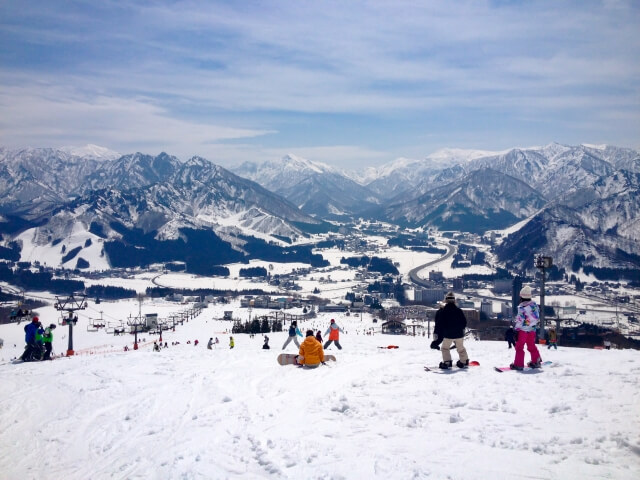 From gastric ulcer, Ohira had bloody stools and vomited blood many times and thus he went to a doctor.

The doctor detected an abnormal drop in blood pressure.

So, Ohira was hospitalized immediately. 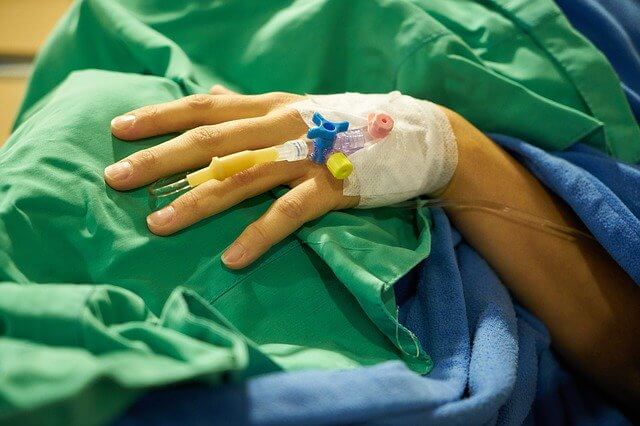 The doctor told Ohira that he had to have complete bed rest.

However, when Ohira was lying in bed, he felt the call of nature.

It won’t matter to just go to the restroom.

So, Ohira got out of bed and went to the restroom to relieve himself. 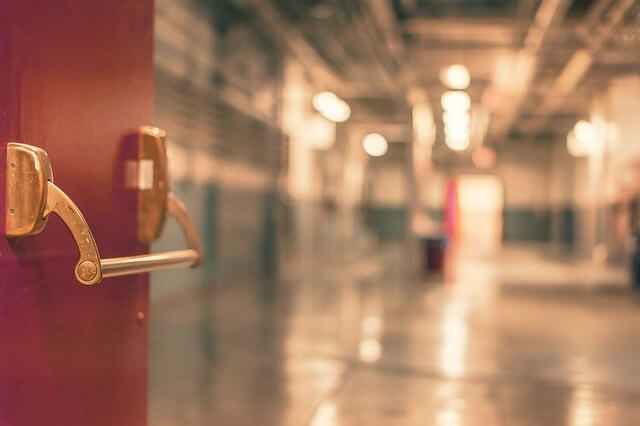 However, when Ohira came back to the bed, he suddenly collapsed on the bed and then he passed out.

Over the next five days, Ohira regained and lost consciousness again and again.

He was hovering between death and life at that time.

In the meantime, Ohira had amazing near-death experiences several times.

According to Ohira, it was water that he saw in the first near-death experience.

At first, it was pitch dark there.

But, I heard the sound of running water.

So I stared down at my feet and I found water of a river. 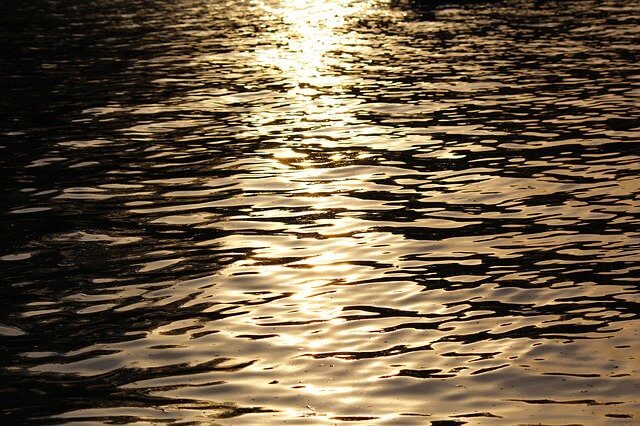 Since Ohira was not allowed to eat and drink in the hospital, he was so thirsty and wanted to drink water.

So, he bent down to scoop up the water and drank it.

It had no taste and was neither sweet nor sour.

The river was so wide that Ohira could not see beyond the opposite bank.

He wanted to go to the opposite side of the river, but he did not like swimming across the river.

Are there any bridges over this river?

While Ohira was hanging around the river looking for bridges, he suddenly woke up.

After that, Ohira had similar experiences on the second and third days.

On the second day, the river suddenly appeared out of nowhere.

So, I drank the water again.

But this time, the water was so clear that I saw many small stones shining bright like diamonds on the bottom of the river.

Since Ohira felt hot, he got into the water.

Then he swam across the river to the bank on the other side.

Suddenly Ohira saw his ancestor there. 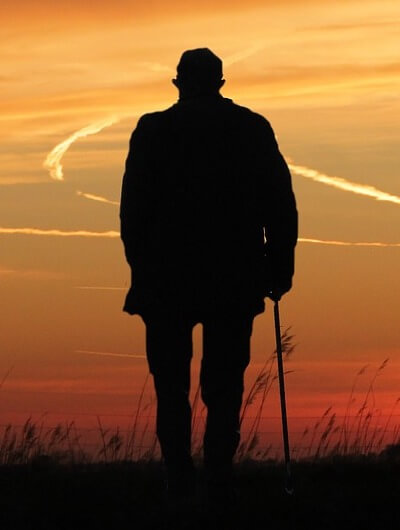 He has only ever seen the ancestor in the picture.

The ancestor said to Ohira.

You should not come here yet!

There is a bridge over there.

Then the ancestor saw him halfway.

At that time, Ohira suddenly felt so much pain that he was pulled back to consciousness.

Then, Ohira had the third near-death experience.

On the third day, the river suddenly appeared out of nowhere again.

This time, I could clearly see the opposite side of the river.

I saw there was grass and flowers on the opposite side.

I wanted to go there.

Amazingly, this time, Ohira could walk on water and so he did not have to swim in the river.

When he looked under his feet, he saw many small beautiful stones again.

In addition to that, between the second and the fifth day, Ohira had amazing out-of-body experiences.

According to Ohira, when he was lying in bed, his consciousness gradually got away from his head. 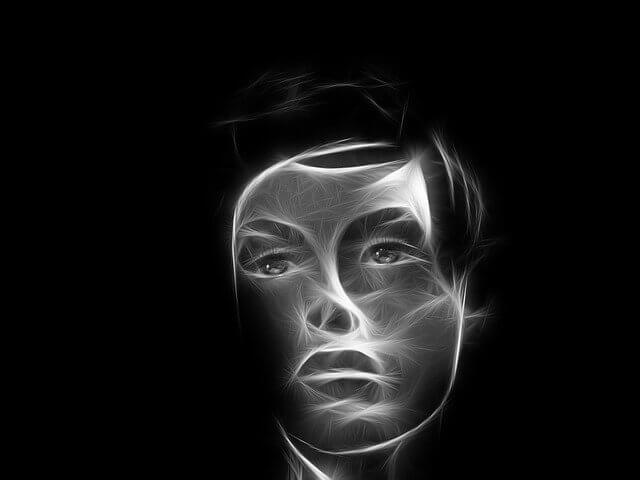 After getting out of his body, he floated up in the air to the height of 3 meters (about 10 feet).

Then Ohira saw his body lying in bed from the ceiling.

He was floating diagonally above his body.

At that time, Ohira found that he was connected by a string to his body.

From the ceiling, he looked down at the doctor, his brothers, his father and mother.

It’s all over with him!

His brothers and parents lamented him.

So, Ohira said to them, reassuringly,

Then he patted them on their shoulders.

However, nobody noticed his presence.

Ohira could hear them, but they could not hear him for some reason.

He had out-of-body experiences three times on the 3rd, 4th and 5th days.

Attacked by the Grim Reaper

Interestingly, according to Ohira, during the out-of-body experience, he was connected with his body by something like a string.

Then, gradually it grew dark.

In the dark, something came flying at me and it tried to cut the string connecting me and my body! 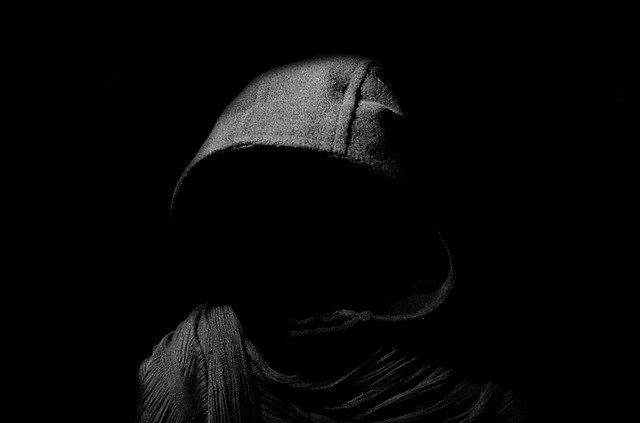 So, Ohira escaped so that it cannot cut the string.

But it chased after him.

At that time, something else approached his back and protected him.

It restrained something evil from cutting the string.

In the meantime, Ohira went from the dark place to a bright place. 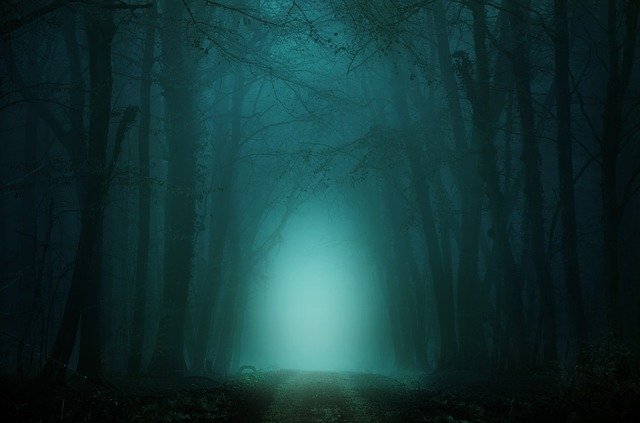 Then it gradually got brighter and he found himself on a field of flowers.

During the Out-of-Body Experience, Ohira Could Move Through Any Obstacles

Regarding the out-of-body experience, Ohira says,

Once I got away from my body, I could go anywhere I wanted, because I could move through any obstacles.

In addition, I could see through any obstacles.

According to Ohira, he could see inside the hospital through its walls and ceilings. 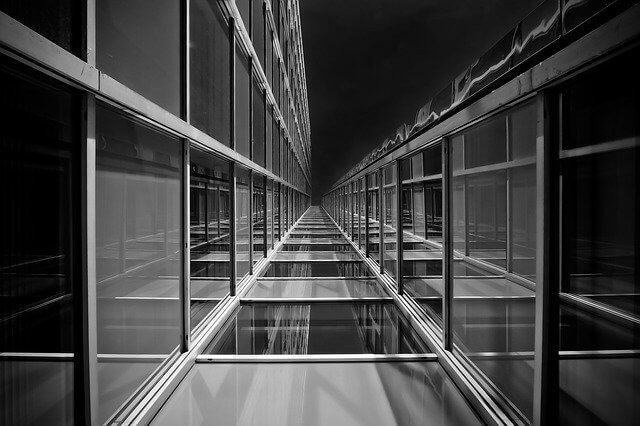 It was just like one can see the room layout of a miniature building with some of its walls and ceilings missing. 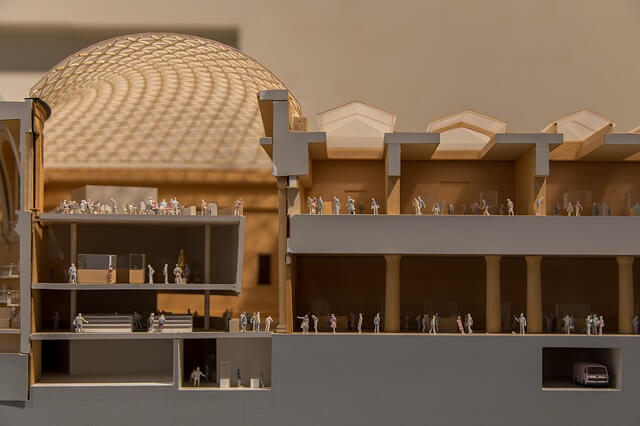 During the out-of-body experience, I could see inside the hospital from above.

I saw a hallway in the center and rooms on both sides of the hallway.

In each room, I saw a patient lying in bed.

At that time, Ohira was floating in the air.

Amazingly, according to Ohira, just by thinking that he wanted to go somewhere, he could immediately go there through any obstacles.

Ohira Saw the Secret of Afterlife

Furthermore, on the fourth and fifth days, Ohira had entirely different near-death experiences than before.

According to Ohira, he found himself in a strange place where there was a small hill covered with a carpet of small, beautiful flowers like rape blossoms. 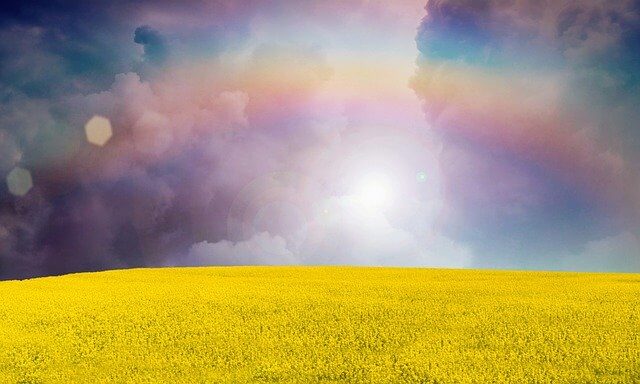 On the hill, there was a big stone building like a Greek temple. 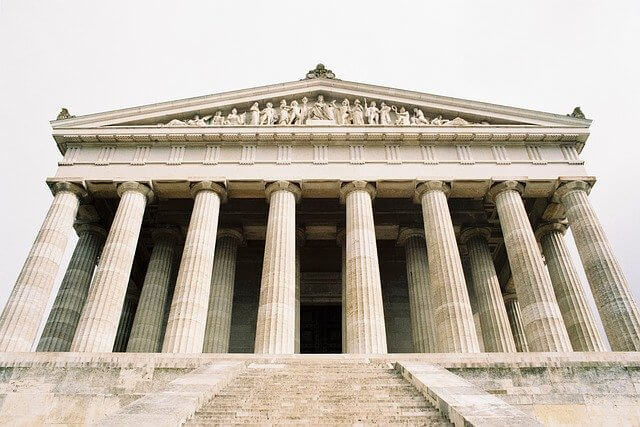 When Ohira got into the building, he found that it was filled with iridescent light inside the building. 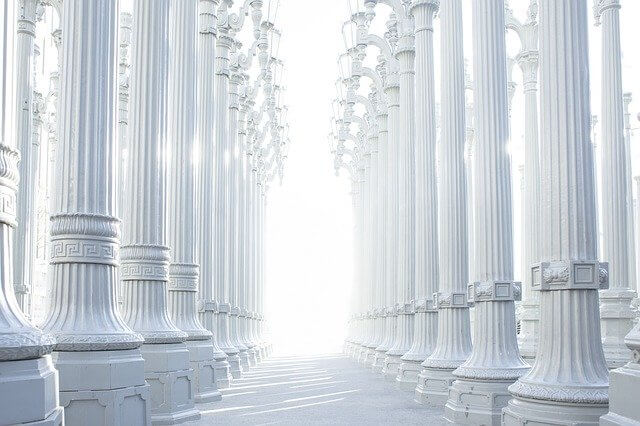 It was not bright, but very comfortable light for him.

Strangely, at that time, Ohira had no unsatisfied desire, such as thirsty and huger.

So, he felt really good.

Amazingly, in the building, there were arrays of beds, each of which a baby was sleeping. 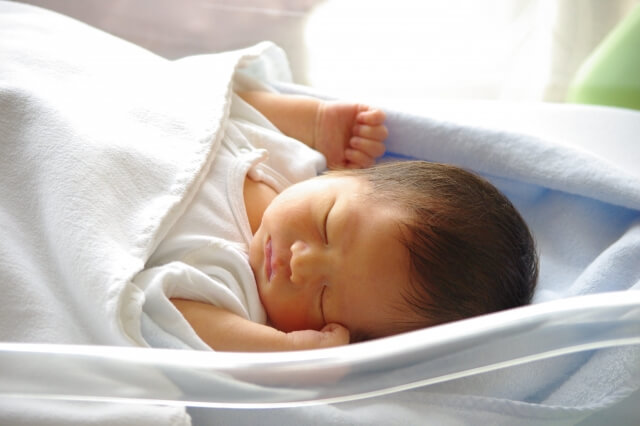 Around the beds, there were several women who were taking care of the babies. 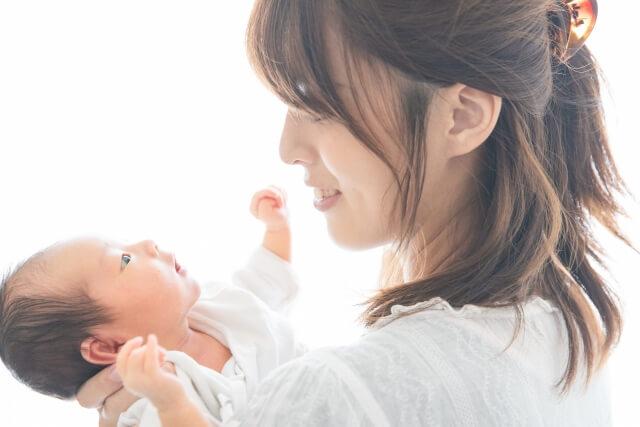 One of the women said to Ohira,

You are a person who has gotten out of here.

You must not come back here!

So, Ohira got out of the building.

Then suddenly he came back to this world.

What are those Babies in Afterlife?

By the way, why did Ohira see the babies during the near-death experience?

What are those babies?

Tachibana assumes that from what one of the women said, the babies were waiting to be born to this world.

That is, they are unborn babies.

Actually, similar experiences of seeing unborn babies during NDEs were reported around the world.

The next day, that is, on the fifth day, Ohira went to the same place.

Similar to the day before, Ohira got into the building and saw the babies.

But this time, he turned and left the building without talking to the women.

Then, he walked into the field of flowers. 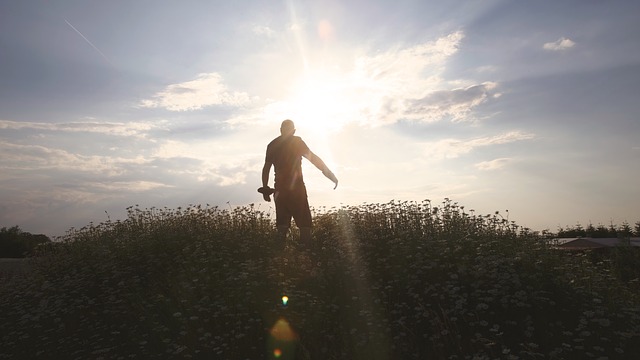 So, he began to walk again.

At that time, Ohira was suddenly pulled back to consciousness.

By the way, before having the five days of near-death experiences, Ohira had not believed in an afterlife.

Actually, he had no doubt in his mind,

It’s all over when a person dies!

However, the five days of near-death experiences utterly changed his mind.

I think that’s not a dream, but a real experience!

So, if anyone asks me about the existence of afterlife, I would answer yes.

And next time, if I die again, my consciousness would get away from my head just as before.

Then I would go the place I should go.

In this way, when a person has a near-death experience, it greatly changes the person’s mind a lot.