This is a true story of a Japanese journalist who extensively studied amazing near-death experiences in Japan.

With the aid of NHK (Japan Broadcasting Corporation), Tachibana produced some documentary programs about near-death experiences.

Surprisingly enough, the total of more than 20 million viewers watched his documentary programs.

Tachibana received a great response from viewers around Japan.

After the airing of the documentary programs, Tachibana received so many letters from viewers about their near-death experiences that he could collect enough material to fill a book.

Based on several hundreds of these Japanese NDE cases, Tachibana made a detailed study of near-death experiences in Japan.

Then, he published articles titled “Near-Death Experiences” in a distinguished Japanese monthly magazine, Bungeishunju from August 1991 to April 1994.

These articles were later put together into a bulky two-volume book titled “Near-Death Experiences” and the total number of pages of the book is 868.

The Background of Takashi Tachibana

Tachibana was born to a Christian family in 1940 in Nagasaki city, Nagasaki, Japan. 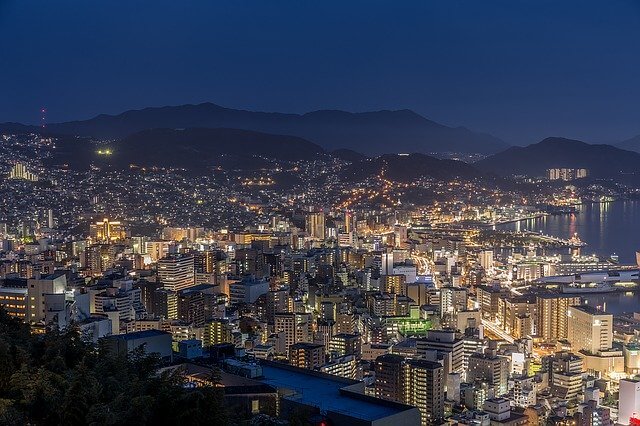 His father was a teacher of a girl’s school in Nagasaki and later became an editor.

In 1942, since his father was appointed to a vice-principal of a teacher’s school in Beijing as an official of the Ministry of Education, Science, Sports and Culture, his family moved to China.

In 1946, his family returned to Japan after the war.

When Tachibana was in elementary school in Ibaraki, he was a bookish boy. 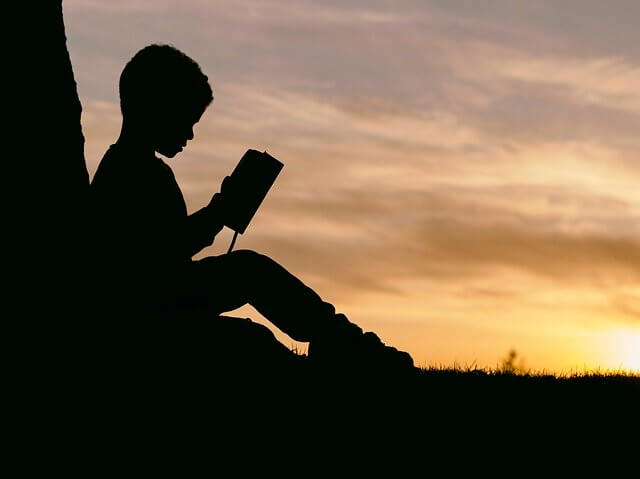 And when Tachibana was in junior high school, he got into track and field. 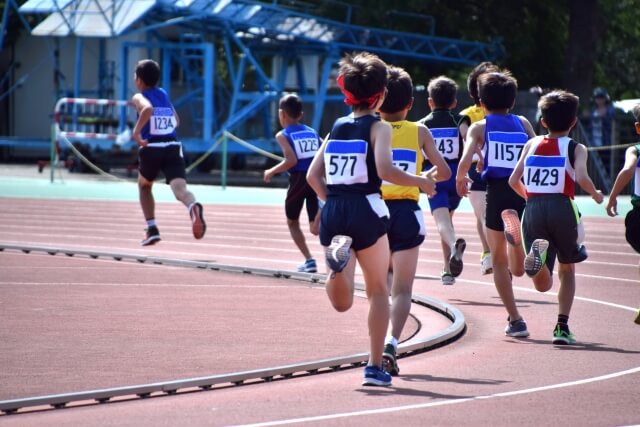 In 1959, he enrolled in the University of Tokyo and majored in French literature.

Yasuda Auditorium of the University of Tokyo 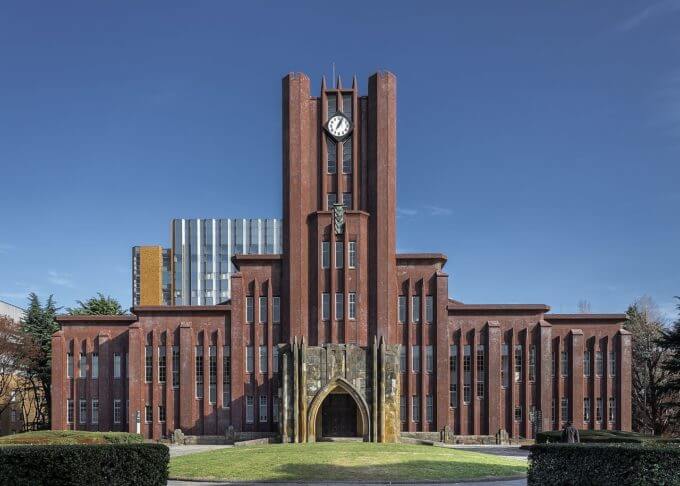 While enrolled in the University of Tokyo, Tachibana was a literary enthusiast and thus he wrote many novels and poems.

Tachibana also attended the World Conference Against Atomic and Hydrogen Bombs held in Britain, because his hometown was Nagasaki city which was the second city in the world to experience a nuclear attack. 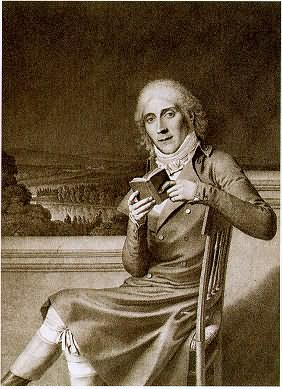 In 1964, after graduating from the University of Tokyo, Tachibana worked for the Japanese publishing company, Bungeishunju Ltd..

The company office of Bungeishunju Ltd. in Chiyoda, Tokyo 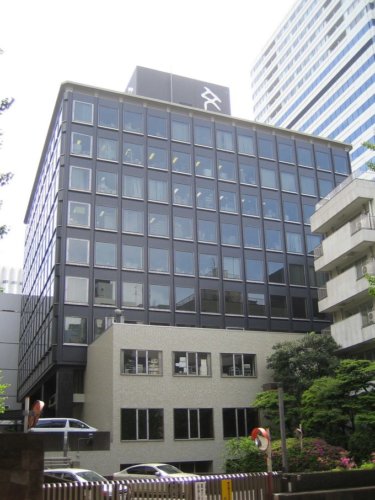 However, Tachibana only worked there for two years, quitting after being assigned to write articles about professional baseball that he was not even interested in.

In 1967, Tachibana returned to the University of Tokyo to major in philosophy.

But, due to the student protest occurred in 1968, the university was closed.

During the closure of the university, Tachibana was invited from his friends from Bungeishunju Ltd. to work as a non-fiction writer.

Then he wrote numerous nonfiction articles for a monthly magazine of conservative opinion, Shokun! which was just published by Bungeishunju Ltd.

His articles covered various topics such as Biological Revolution, Spaceship Earth and Petroleum.

In 1970, Tachibana came into conflict with the administration of the University of Tokyo over the payment of his tuition during the closure of the university, which made him to drop out of the university.

Since he found it difficult to make a living from writing, Tachibana and his several friends chipped in to open a bar “Gargantua Tachibana” in Shinjuku Golden Gai. 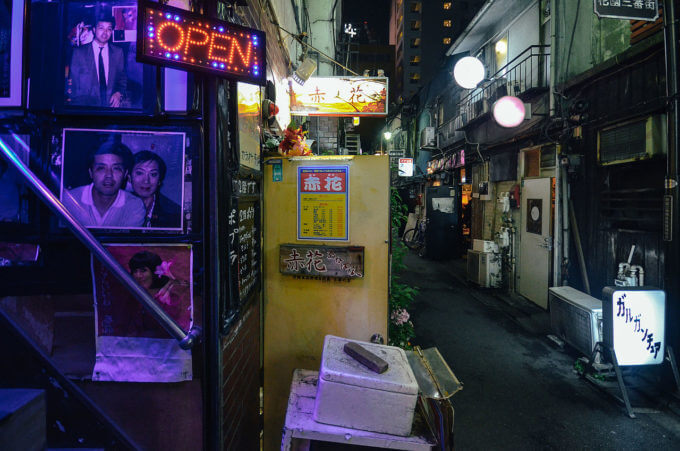 Tachibana not only run the bar but also bartended. 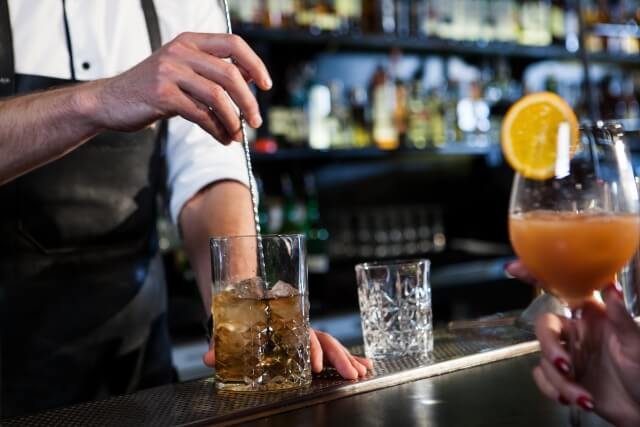 His acquaintances in the news and publishing industry became regular customers.

Thus, according to Tachibana, he made money to a certain extent.

During the travel, the Lod Airport massacre occurred on May 30, 1972.

Lod Airport, 1958. The building is currently the Terminal 1 building 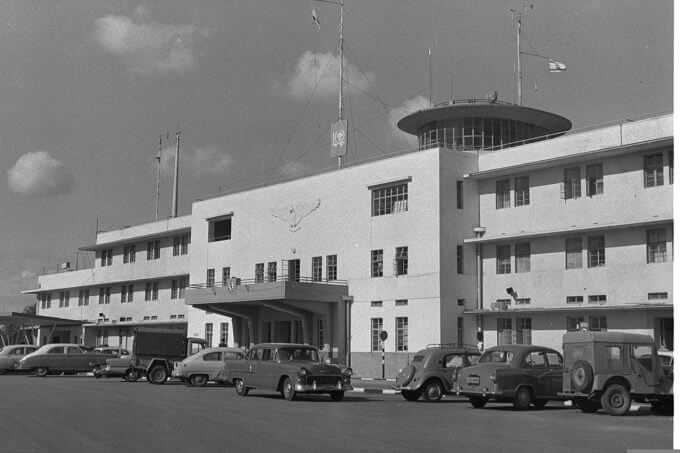 A total of 26 people were killed and 80 others were injured during the attack.

It made Tachibana to resume media activity which he had stopped since the closure of the university.

In 1974, Tachibana published an article “The Study of Kakuei Tanaka, His Financial and Personal Connections” in Bungeishunju.

At that time, Kakuei Tanaka was Prime Minister of Japan.

Kakuei Tanaka was inaugurated as Prime Minister on July 7, 1972. 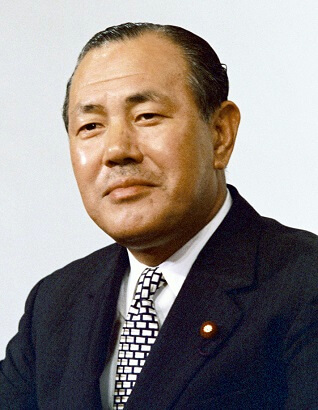 Source Prime Minister of Japan and His Cabinet

Tanaka was the most influential member of the ruling Liberal Democratic Party from the mid-1960s in Japan.

However, in the article, Tachibana reported on Tanaka’s financial connections and bribery allegation. 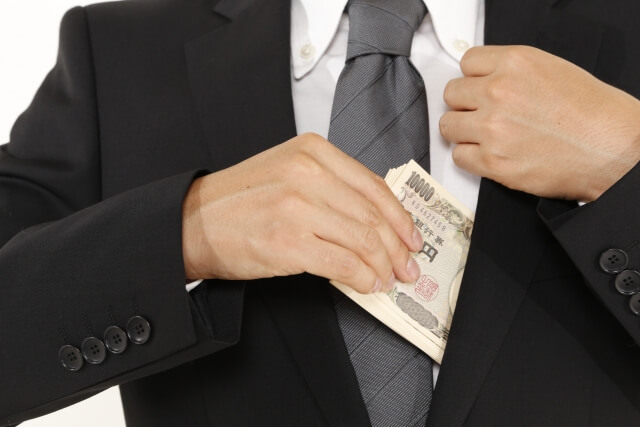 Tachibana’s report received a great response from home and abroad, which led to Tanaka’s resignation in 1974 and his arrest in 1976.

In 1974, Tachibana received The 36th Readers Prize for best article of Bungeishunju and thus he established his position as a leading journalist in Japan. 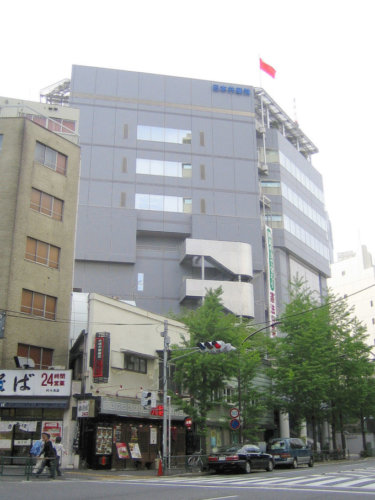 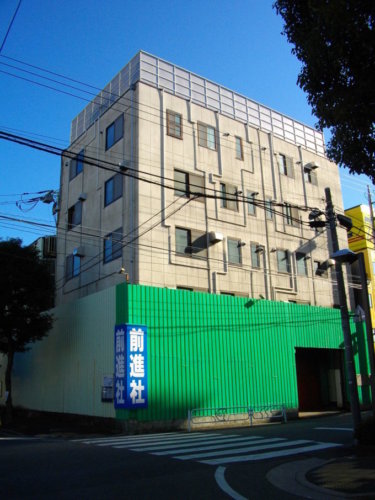 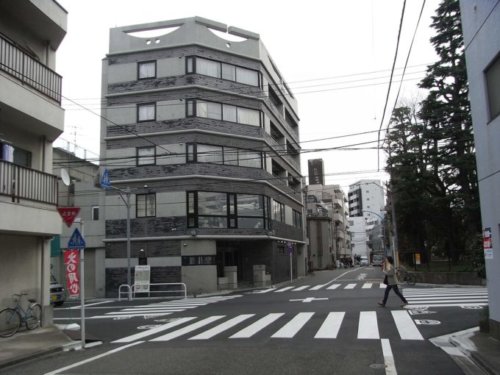 Tachibana investigated and exposed the true picture of large organizations and powers in Japan.

Furthermore, Tachibana expanded his interest to the subject of scientific inquiry, too.

In 1981, Tachibana published an article titled “Return from Space” in a monthly Japanese literary magazine, Chuokoron.

According to a Japanese aeronautical engineer and JAXA astronaut, Soichi Noguchi (born 1965), when he was senior in high school, he read Tachibana’s book “Return from Space” and then he decided to become an astronaut. 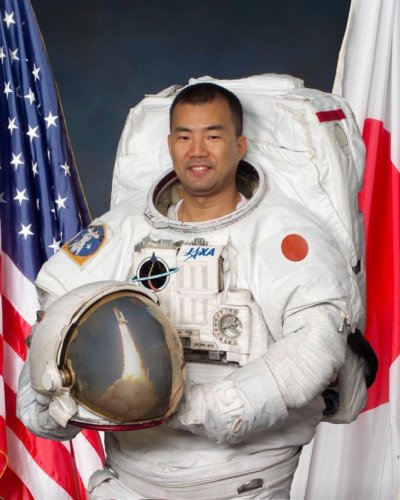 In this way, Tachibana’s book had a big influence on young Japanese.

He wrote articles titled “Science Now”, “Cyber Evolution”, “Master the Brain” and so on in a Japanese monthly journal of science, Kagaku Asahi (Scientific Asahi) published by The Asahi Shimbun.

Tachibana also conducted 20 hours of interview with a Japanese scientist, Susumu Tonegawa who was the sole recipient of the Nobel Prize for Physiology or Medicine in 1987, which was later put together into a book titled “Mind and Matter.”

Susumu Tonegawa (born 1939) early in his tenure at MIT 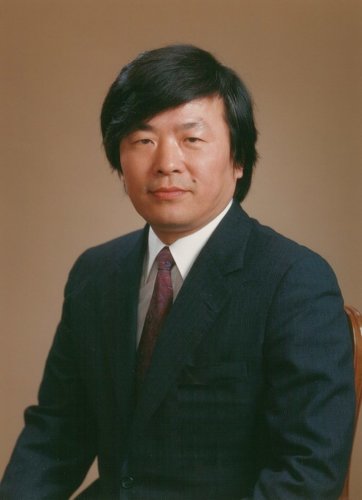 After winning the Nobel Prize, many Japanese journalists and reporters came in flocks to interview with Tonegawa, but he was very disappointed in them, because they only asked him newbie questions.

Nevertheless, Tonegawa accepted an interview with Tachibana, because Tachbana was the only Japanese who could understand the importance of Tonegawa’s Nobel Prize work which elucidated the long-standing question of immunology for over 100 years.

In this way, Tachibana was equal in knowledge to a Nobel Prize-winning scientist.

Amazingly, Tachibana had deep knowledge in a wide range of fields including science, politics and culture.

This is the reason why Tachibana is often called “Intellectual Giant.” 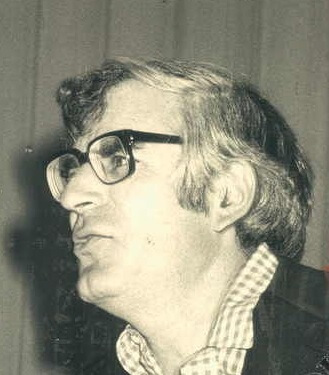 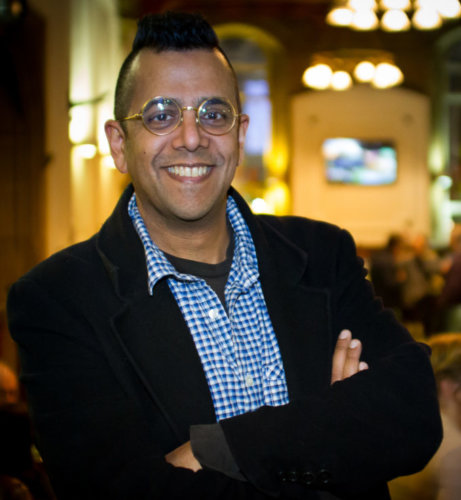 There is no doubt that Tachibana is one of the best and brightest Japanese.

It may be natural that such Intellectual Giant was no longer satisfied by conventional science, even though it was worthy of the Nobel Prize.

So, Tachibana stepped into unknown territory, that is, near-death experiences.

He attended an international conference on near-death experiences.

Then with the aid of NHK (Japan Broadcasting Corporation), Tachibana visited for coverage in the United States, Canada, Italy,  India as well as all over Japan over one year to produce a documentary “Near-Death Experiences.”

To create the documentary, Tachibana interviewed a lot of people who had near-death experiences and the world-leading researchers in NDE around the world.

He interviewed Elisabeth Kübler-Ross (1926-2004), a Swiss-American psychiatrist, a pioneer in near-death studies, and author of the internationally best-selling book, On Death and Dying (1969).

Tachibana also interviewed Raymond Moody (born 1944), a philosopher, psychologist, physician and author, most widely known for his books about life after death and near-death experiences (NDE).

Raymond Moody (born 1944) at a workshop in Paris 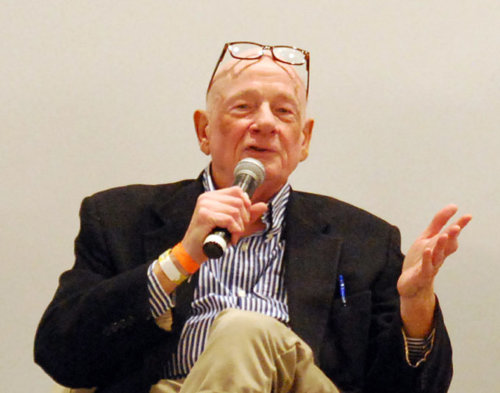 Furthermore, Tachibana interviewed Kenneth Ring (born 1936), Professor Emeritus of psychology at the University of Connecticut, and a researcher within the field of near-death studies.

Then, he interviewed Bruce Greyson (born 1946), Professor Emeritus of Psychiatry and Neurobehavioral Sciences at the University of Virginia.

The number of the notebooks for coverage was 9 and the total number of the videotapes of interview was 230 and he collected a several boxes of reference documents.

The Tachibana’s program about near-death experiences was broadcast on NHK as one of the documentary programs called “NHK Specials” on March 17, 1991.

The program attracted a 16.4% viewer rating and received positive reviews. 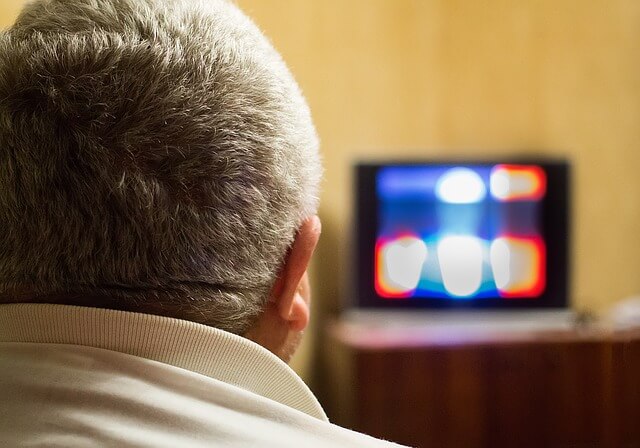 And then as the related program, the program titled “Explore Near-Death Experiences” was broadcast on NHK educational channel for three days from January 18, 1992. 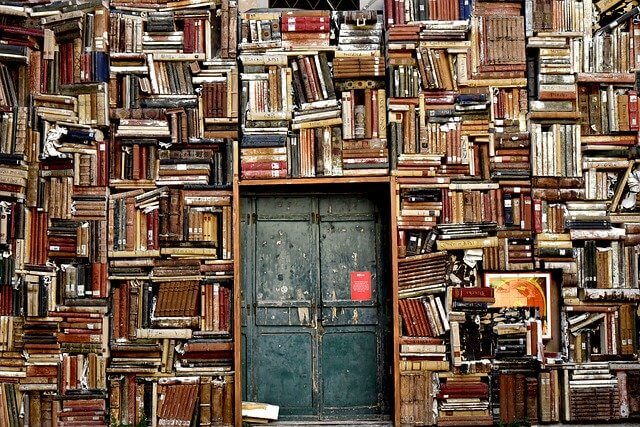 From childhood, Tachibana has been interested in questions about life and death and the nature of human existence.

Tachibana wrote a lot of articles about wide-ranging topics, but connecting them all is the desire to discover the nature of human existence.

Our life is filled with unexpected events.

Thus, no matter how much you planed and prepared, it is impossible to live just as planned.

If there is a person living just as planned, maybe the person’s life would be boring.

As his own library as well as his office, Tachibana owns a building with three stories above ground and one below at Koishikawa, Bunkyo Ward, Tokyo.

In the building, Tachibana has a collection of several tens of thousands of titles of books. 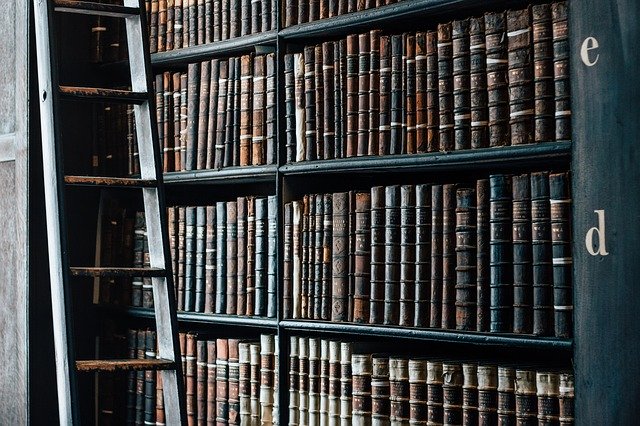 Interestingly, the building is called “Cat Building,” because the gigantic painting of a cat is on its outer wall.

Tachibana is well known as a cat lover.

From 1996 to 1998 and from 2005 to the present, Tachibana has conducted a seminar, “Tachibana Seminar” in College of Arts and Sciences of the University of Tokyo.

In 2005, Tachibana was appointed as a project professor of Graduate School of Arts and Sciences of the University of Tokyo.

Then in 2007, Tachibana was appointed as a project professor of Interfaculty Initiative in Information Studies of the University of Tokyo.

In the same year, he was also appointed as a project professor of Graduate School of Social Design Studies of Rikkyo University. 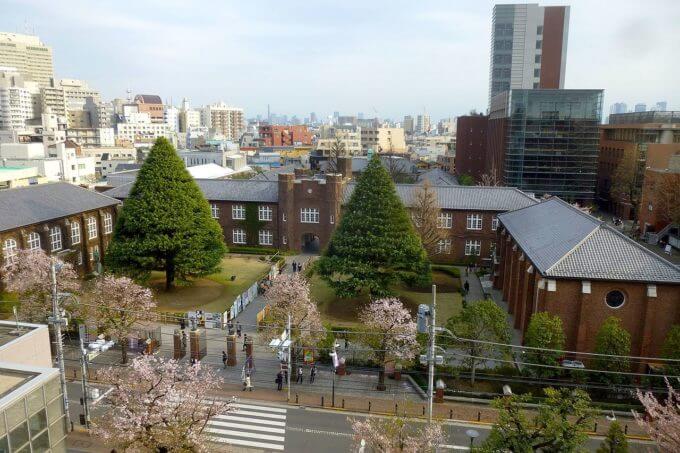 Tachibana was invited to participate in the symposium of the National Institutes of Natural Sciences (NINS) as a program coordinator.

At the end of 2007, Tachibana had a surgery for bladder cancer.

However, his desire to learn never died even after the surgery.

Actually, even now, though he is around 80, Tachibana still continues reporting activities traveling around the world to cover the leading researchers in the forefront of cancer research and to make a fundamental review of the exact nature of cancer.

So, it can be said that Tachibana is the embodiment of human desire to learn.

The desire to learn is an instinctive desire that is as crucial for people as sex and food.

And the strong desire to learn is the primal drive that triggered the development of human civilization and science.

Actually, Tachibana’s desire to learn is so extraordinary that he has an extensive knowledge on a number of fronts.

In this way, Tachibana is really Intellectual Giant!

From the next post, I would like to introduce amazing Japanese NDE cases featured on the Tachibana’s studies.