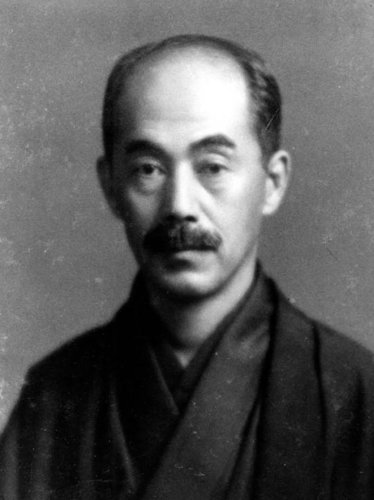 These are true stories introduced by the father of Japanese native folkloristics, Kunio Yanagita.

Kunio Yanagita (1875 – 1962) was a Japanese scholar and considered of the father of Japanese native folkloristics (minzokugaku in Japanese).

Yanagita was born as the sixth son of the eight brothers of Misao Matsuoka or Yakusai (art name) (1832 – 1896), a Confucian scholar and a physician in Tsujikawa, Tawara village (present-day Fukusaki-cho), Kanzaki District, Hyogo.

Matsuoka brothers. Kunio is on the left in the back row. 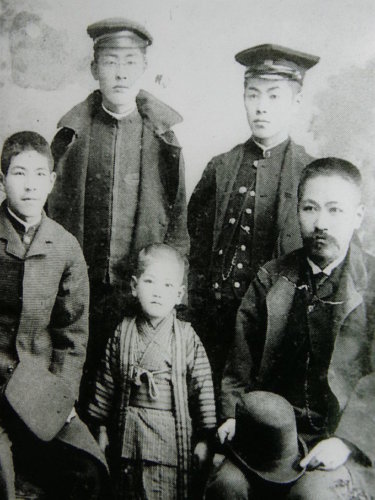 The house where he was born was so small and thus Yanagita said,

My birthplace was the smallest one in Japan. 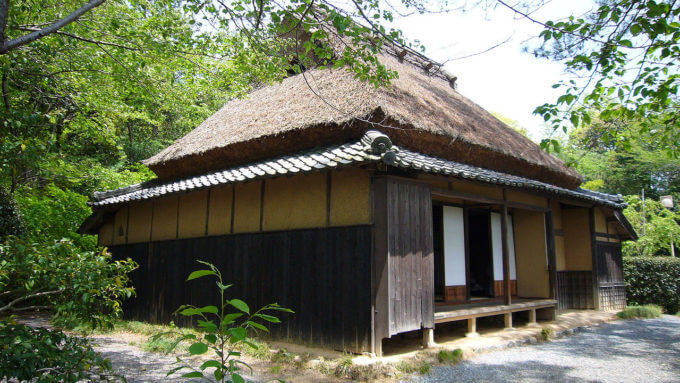 Yanagita have had an extraordinary memory from his childhood.

From 10 to 12 years old, Yanagita was living in an old family in Tsujikawa, the Mikis which wasx a descendant of the lord of Aga-jo castle in Shikama District, Harima Province (the southwestern part of present-day Hyogo Prefecture). 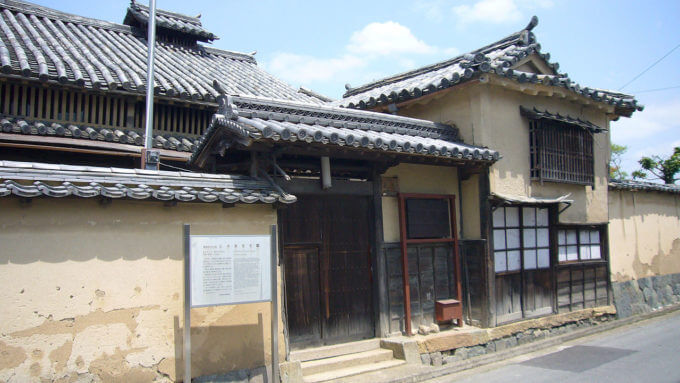 Amazingly, Yanagita was reading a collection of 4,000 volumes at random there.

After graduating with a degree in law from Tokyo Imperial University, Yanagita became employed as a bureaucrat in the Ministry of Agriculture and Commerce in 1900.

In the course of his bureaucratic duties, Yanagita had the opportunity to travel throughout mainland Japan.

At that time,  Kaidan (Japanese ghost stories) was booming in Japan, due to the influence of spiritualism which was popular in the United States and Europe.

In the middle of the Kaidan boom, in 1908, Yanagita became acquainted with Kizen Sasaki or Kyoseki Sasaki (pen name) (1886-1933), a Japanese folklorist who was known as the Japanese Grimm. 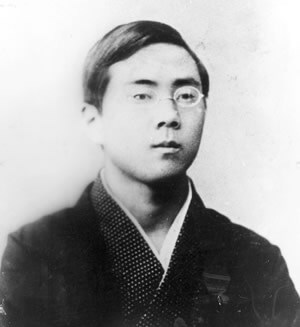 Around February 1909, Sasaki visited Yanagita and told him amazing tales of his birthplace, Tōno, which have been passed down in Tōno region of Iwate. 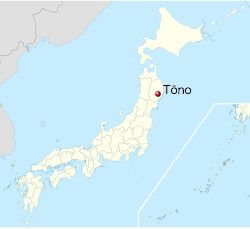 Then, Yanagita began to collaborate with Sasaki on collecting the oral traditions and tales of Iwate Prefecture.

He stayed at Takazen Ryokan. 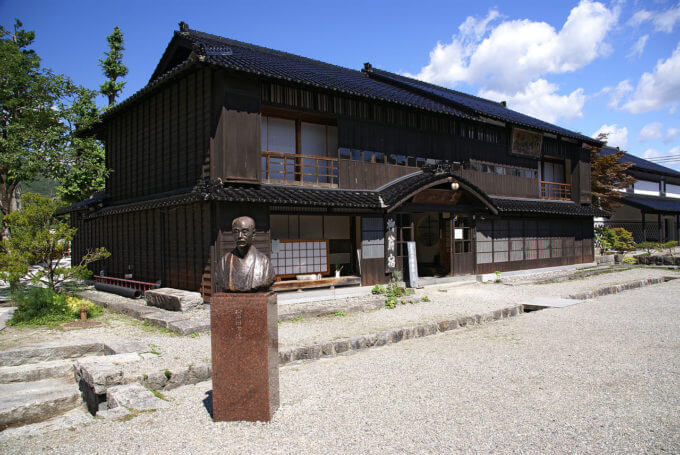 During the stay, Yanagita visited Sasaki’s house and interviewed Kanori Inō, a Japanese anthropologist and folklorist in Tōno. 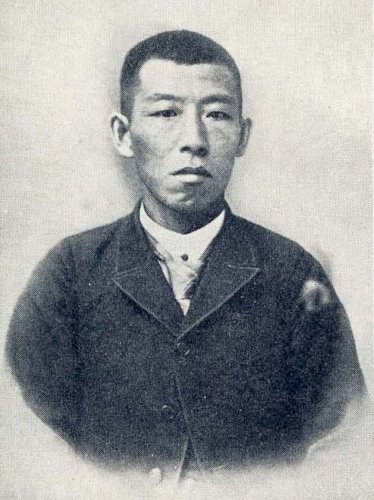 Inō also pursued cultural and folklore studies there together with Sasaki.

Tōno Monogatari includes amazing stories about famous Japanese yokai (a class of supernatural monsters, spirits, and demons in Japanese folklore) such as kappa and zashiki-warashi. 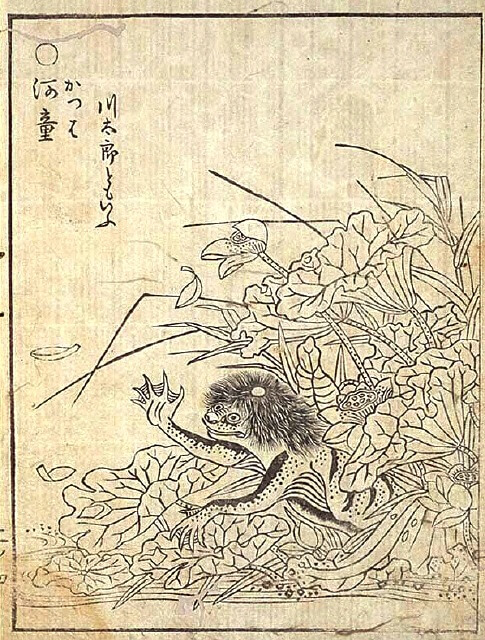 In the preface of Tōno Monogatari, it is written as follows,

I heard all of these stories from Kyoseki Sasaki who was from Tōno.

Kyoseki is not good at talking, but he is a sincere person.

Based on what he told me, I took good care of each of his words and I wrote down every word just as I actually felt.

The content of this Tōno Monogatari is a present-day fact, not a fiction.

In this way, Yanagita says that the stories contained in Tōno Monogatari are true.

In this post, I would like to introduce amazing near-death experiences which are contained in Tōno Monogatari and its augmented edition published in 1935.

Episode 97: The Whereabouts of a Human Spirit

So, he often had difficulty breathing.

One day, Kikuchi found himself in a rice field and rushing off to a Kiseiin of a bodaiji (a temple which takes care of a family’s dead, giving them burial and performing ceremonies in their soul’s favor).

Unexpectedly, when Kikuchi put a little power into his feet, his body floated in the air. 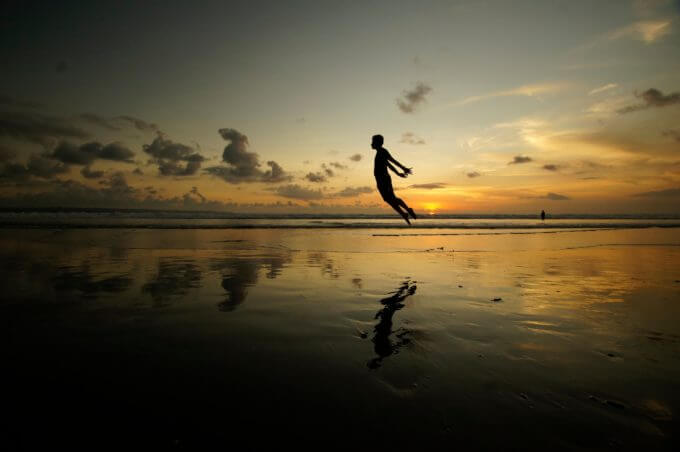 Then he glided down through the air at about head height.

When he put a little power into his feet again, his body floated in the air.

Kikuchi felt very comfortable when he was gliding through the air.

After a while, when he came near to the gate of the temple, a lot of people got together. 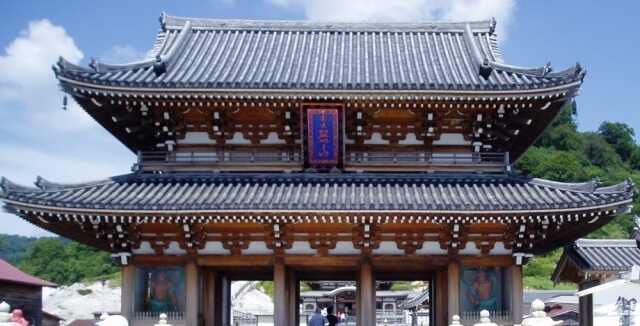 Then he went through the gate.

As far as he could see, scarlet poppy flowers were in full bloom there. 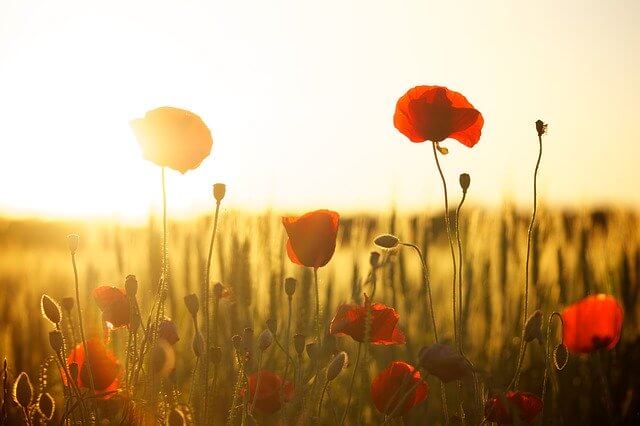 To his surprise, his deceased father was standing among the flowers.

His father said to Kikuchi, 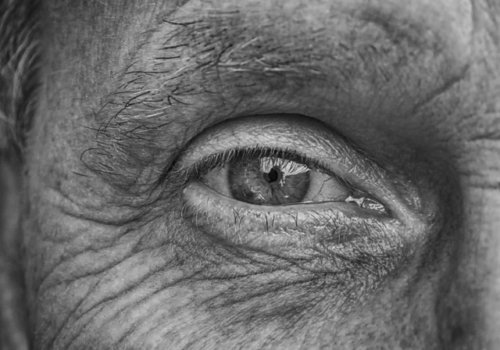 Did you come here, too?

So, Kikuchi said something back to his father.

Then Kikuchi went on a little further from there and he saw his son who died before.

His son said to Kikuchi,

Saying that, Kikuchi was about to go to his son.

No! You should not come here, now!

Suddenly, his son warned Kikuchi to stay away.

In the meantime, Kikuchi heard someone call out his name loudly around the gate.

The calling was so loud that he unwillingly came back to the gate.

Kikuchi felt down, but suddenly he came to his senses.

Later, Kikuchi heard from someone that his relatives found him in critical condition.

And they got together around him and threw water on his face to bring him back into consciousness.

That was the near-death experience of Kikuchi.

The Near-Death Experience of Sasaki’s Friend

The following is the near-death experience of one of Sasaki’s friends.

One day, he died of a severe disease.

Then he saw a splendid gateway like the Dragon’s Palace which he had seen in some picture. 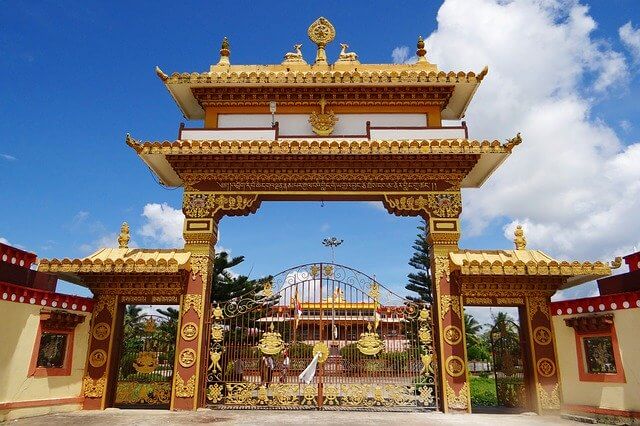 So, he raced over to the gate.

However, a man like a gatekeeper did not allow him to go through the gate.

In the meanwhile, a woman on a rickshaw was coming from behind.

Then the rickshaw ran through the gateway with great speed.

He was only watching the woman passing by him. 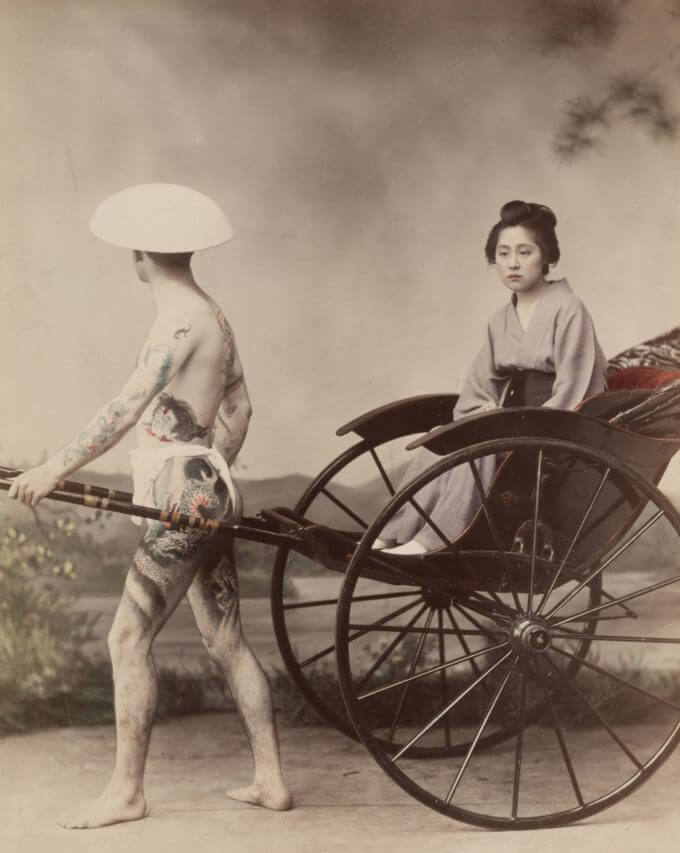 So, he got really frustrated.

However, at that time, he was suddenly called back to life.

Until then, everyone made strenuous efforts to revive him.

Later, he heard that the woman on the rickshaw died at that very moment he was in critical condition.

In this way, the gateway was a boundary between life and death.