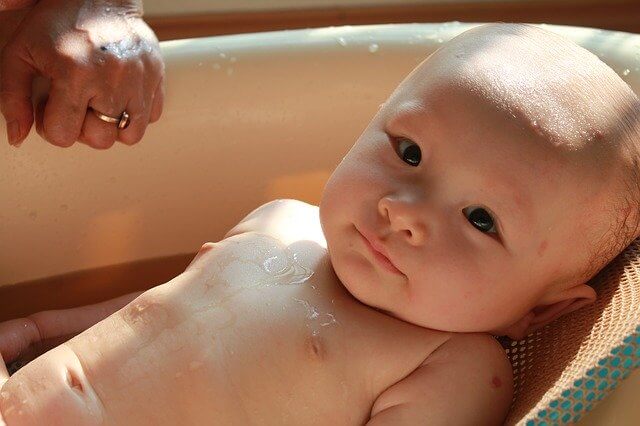 This is a true story of a baby who had an amazing memory at birth.

Does a newborn baby have a memory at birth?

Some people may think,

It’s impossible that a newborn baby has a memory at birth!

This is hard to believe, but there are a lot of people who have a memory at birth.

Mishima’s writing gained him international celebrity and sizable following in Europe and the United States, as many of his most famous works were translated into English.

By the way, Mishima wrote at the beginning of his second novel “Confessions of a Mask” published in 1949 that he had a memory when he was born.

Confessions of a Mask is a semi-autographical account of a young homosexual who must hide behind a mask to fit into society.

The protagonist is referred to in the story as Kochan, which is the diminutive of Mishima’s real name: Kimitake.

The novel begins as follows:

For many years I claimed I could remember things seen at the time of my own birth.

Whenever I said so, the grownups would laugh at first.

While they were still smiling from their laughter, the grownups would usually set about trying to confute me with some sort of scientific explanation.

not but believe I remembered my own birth.

However that may have been, there was one thing I was convinced I had seen clearly, with my own eyes.

That was the brim of the basin in which I received my first bath.

It was a brand-new basin, its wooden surface planed to a fresh and silken smoothness; and when I looked from inside, a ray of light was striking one spot on its brim.

The wood gleamed only in that one spot and seemed to be made of gold.

You may think that the above description is fictional.

However, Mishima told people around him about the beginning of the novel.

This is my own memory.

So, did Mishima actually have a memory at birth?

Or, is it a creation of his imagination?

Amazing Out-of-Body Experience of a Baby 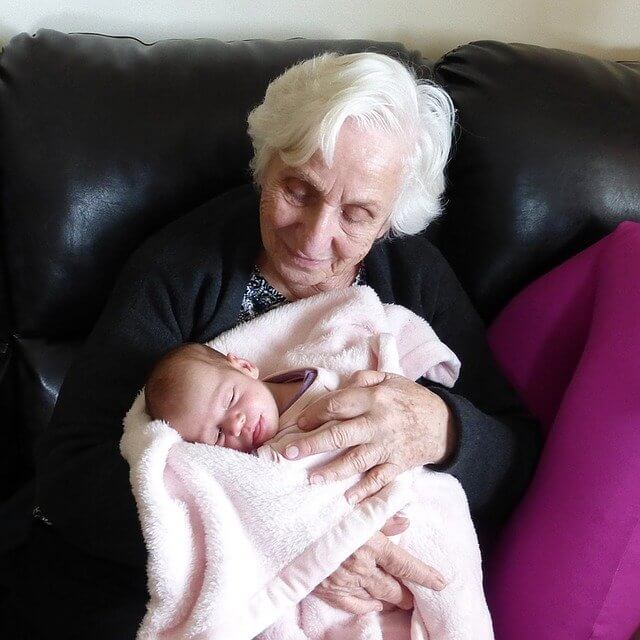 Actually, there is a Japanese woman who had an amazing out-of-body experience few months after the birth.

In 1929, Shiotani was born the eldest daughter of a family that runs an inn in Suibara town (the present-day Agano city), Niigata. 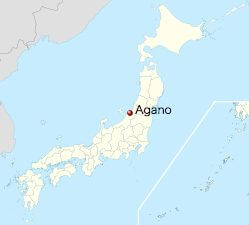 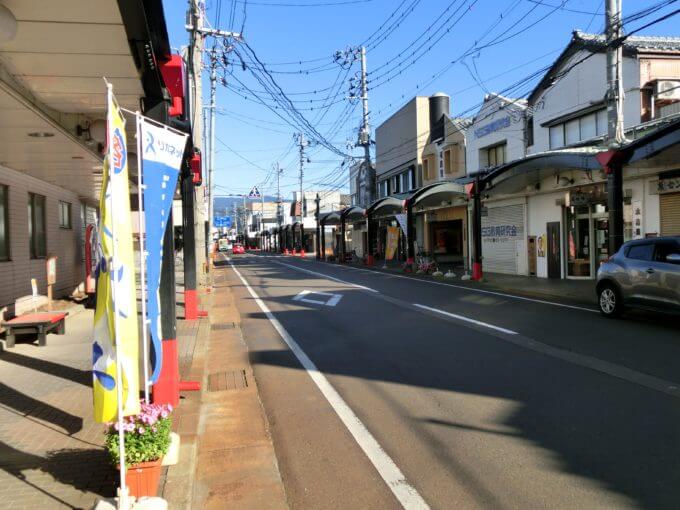 According to Shiotani, she had an out-of-body experience when she was a few months old.

At that time, her grandmother was giving her a bath.

I remember I saw my grandmother holding a baby (me) in her arms.

My grandmother was wearing a dark kimono.

My naked body was wrapped in a white cloth.

She was carrying me supporting my head with her left hand.

The baby (myself) was looking up at my grandmother’s face, but staying still.

Then, my grandmother began to bathe me. 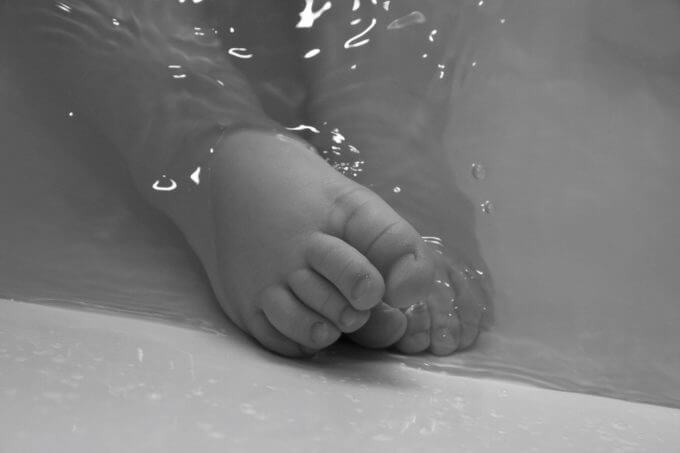 The bathroom was about 3 tatami mats (about 60 square feet or 5.5 square meters) in size.

And the wall of the bathroom was blackened and dark. 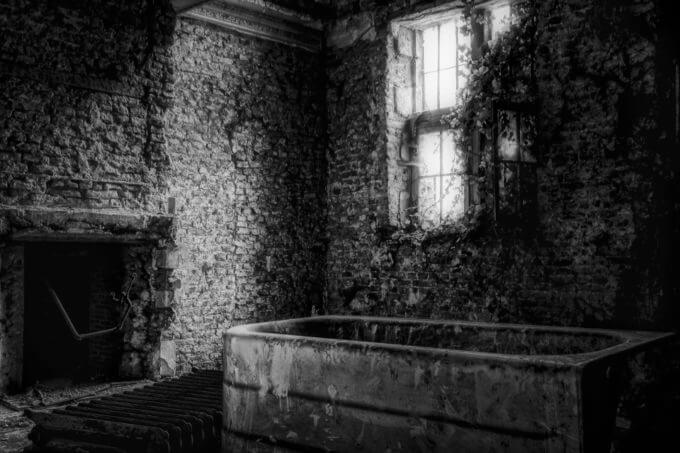 After that, when she was in the lower grades of elementary school, she revealed the above strange experience to her mother and grandmother for the first time.

Did you have a dream?

They laughed off what Shiotani said, but they gave her a wondering look.

But, it’s odd you know the old bathroom we used to use before.

We have never talked you about it.

How did you know it?

According to them, when Shiotani was born, the bathroom was under renovation.

Soon after that, a new bathroom was completed.

So, the old bathroom was used for a very short time.

From the above fact, Shiotani figured out that her out-of-body experience occurred when she was one or two month years old.

Furthermore, after the new bathroom was completed, they used the old bathroom as a junk room.

Since then, they have almost never used the old bathroom. 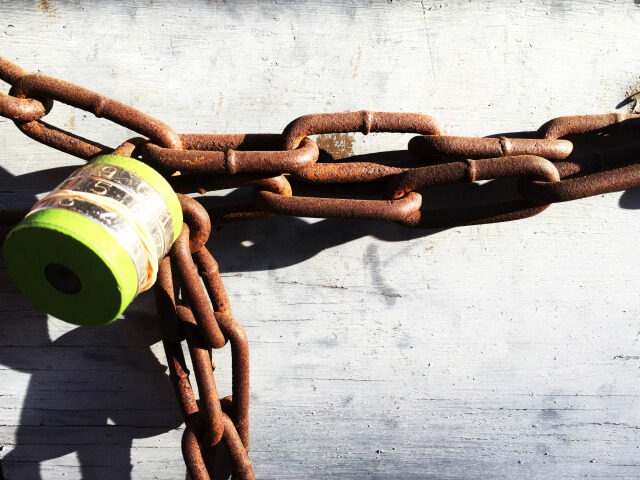 So, Shitonani had no idea that the junk room was originally used as a bathroom until then.

To her astonishment, the wall of the old bathroom was blackened and dark, which was almost exactly the same as she remembered it.

In this way, a baby has an amazing memory.

According to Takashi Tachibana (born 1940), who extensively studied more than 300 cases of near-death experiences in Japan, it is likely that the Mishima’s memory at birth was also true.

More interesting is that Shiotani’s case is an out-of-body experience of one or two months old baby.

Therefore, perhaps a baby has an amazing memory and a psychic ability!