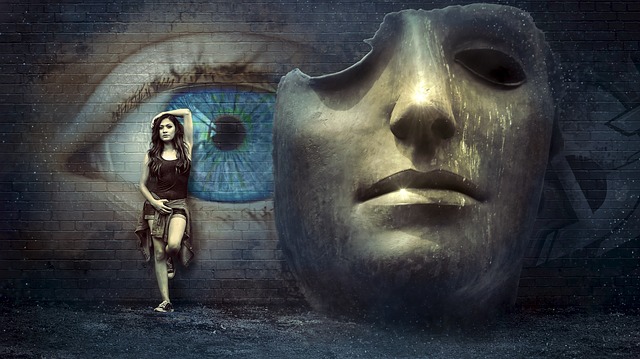 This is a true story of a woman who was possessed by God and made a lot of future prophecies by automatic writing.

However, I shall change this world to reconstruct it for good people.

Nao Deguchi (1836–1918). She was possessed by Shinto God, Ushitora no Konjin (Golden God of Northeast) and made a lot of predictions, such as the outbreaks of the Sino-Japanese War, the Russo-Japanese War and the two World Wars. 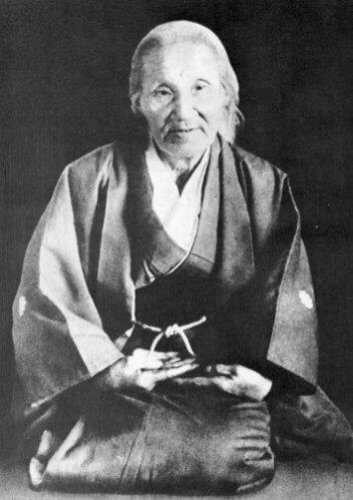 A Psychic Woman Possessed by Shinto God to Predict the Future

One day, Nao was possessed by Golden God.

She was very surprised and asked Golden God the reason why He possessed her.

Plum blossoms will bloom at once through the whole world.

It has become a world of Golden God.


I am the only God who could reconstruct the world.


I shall clean and wash the whole world.

After the above declaration,  Golden God continued to possess Nao and gave her a lot of prophecies of the future.

However, Shikazou Ootsuki, a son-in-law of Nao, thought that Nao lost her mind completely and confined her in a small room. 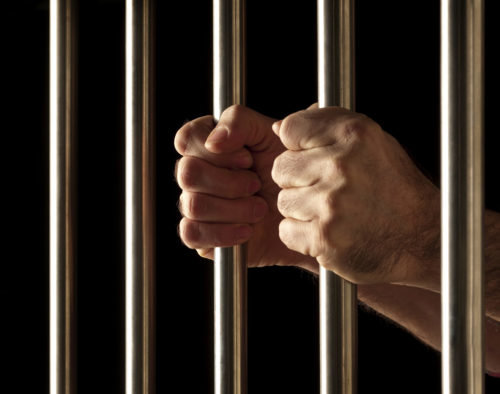 Thus, Nao begged Golden God not to make her shout out loud, because otherwise she would be kept confined in the room forever.

According to Nao, Golden God ordered her to pick up a nail on the floor.

Amazingly, when Nao picked the nail up, her hand having the nail moved against her will and engraved letters on a pillar.

It was the beginning of her automatic writing, Ofudesaki. 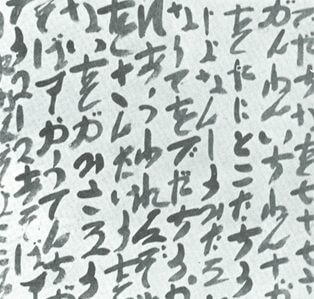 After being released from confinement, Nao began to write Ofudesaki on papers with a writing brush.

Amazingly, these words were prophetic words of Golden God.

At first, the villagers thought that Nao lost her mind.

So, they mocked and ignored her.

Amazingly, many of her prophecies turned out to be true.

The Prophecy of the Outbreak of the First Sino-Japanese War 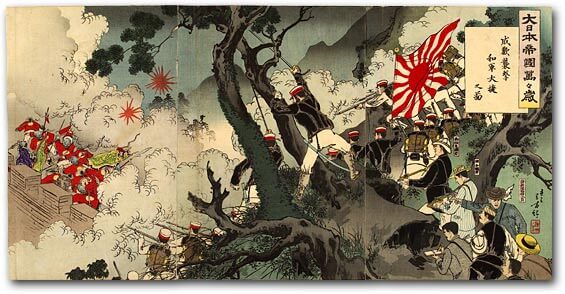 In 1893, Golden God gave Nao the prophecy of the outbreak of the First Sino-Japanese War.

The war between China and Japan will break out from spring next year.

Japan will win this war.

God arranged it for Japan.


Then, another war will break out from Russia.


After that, the great war will break out.

You will gradually come to understand my prophecies from now.

According to the memoirs of Sumi Shikata, a follower of Nao, Nao told Sumi as follows.

Next year, Japan will have to fight China.

I don’t know where China is.

And He also said

“Japan will win in this war.”

Oh! You mean, Japan will fight a war, next year, again?

What kind of country is China?

I don’t know what country China is.

But, China is a foreign country, anyway.

He said to me,

“China is a much larger country than Japan.”

But, I have no idea what He means.

Nao was an illiterate old woman living in a rural area.

Thus, she was out of touch with the politics and the world situation.

Actually, Nao did not even know where China was.

However, everybody in the village was surprised to hear Nao’s prophecy that Japan would fight China.

How can a war be in this peaceful era?

There’s no way Japan will fight a large foreign country such as China!

She must have dementia.

At that time, the idea of a war between Japan and a foreign country never occurred to people living in rural areas, because most Japanese farmers were illiterate and they could not even read newspapers.

Nao was also an illiterate poor old woman and thus she gathered scrap papers and sold them to make a living.

So, Nao was ignorant about the world affairs.

She was really an uneducated old woman living in a rural area.

Therefore, it was no wonder that the villagers called Nao a liar or an idiot.

However, on March 28, 1894, a Korean reformist activist, Kim Ok-gyun, was assassinated in Shanghai.

Kim had fled to Japan after the failure of his attempt in the 1884 Gapsin Coup with Japanese support.

His assassination in China would contribute to tensions leading to the First Sino-Japanese War.

Since then, tension ran high between China and Japan by June 1894.

The China’s Qing government sent the general Yuan Shikai as its plenipotentiary to lead 2,800 troops to Korea.

On the other hand, the Japanese countered by sending an 8,000 troop expeditionary force (the Oshima Composite Brigade) to Korea. 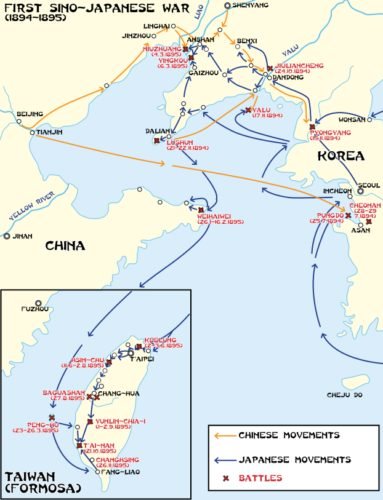 On August 1, war was officially declared between China and Japan.

However, at that time, no one in the world believed that Japan would win the war, because Japan was a small country compared to China.

Thus, the prevailing view in many Western circles was that the modernized Chinese military would crush the Japanese.

William Lang, who was a British advisor to the Chinese military, praised Chinese training, ships, guns, and fortifications, stating

In the end, there is no doubt that Japan must be utterly crushed

However, contrary to the pre-war expectations, the Japanese gained a series of victories.

On September 15, the Imperial Japanese Army converged on the city of Pyongyang, Korea from several directions.

Japanese troops during the Sino-Japanese War. 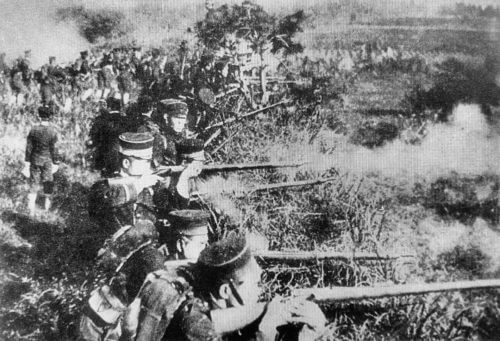 The Japanese assaulted the city and eventually defeated the Chinese by an attack from the rear and the defenders surrendered.

Battle of Pyongyang. The routing of the Chinese Army. 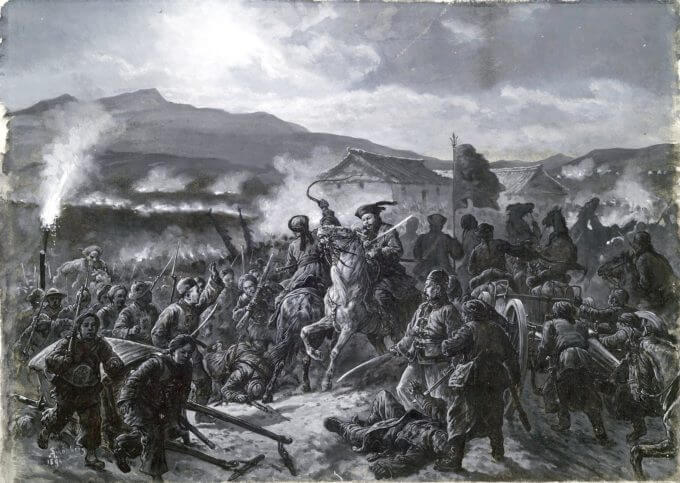 On September 17, 1894, Japanese warships encountered the larger Chinese Beiyang Fleet off the mouth of the Yalu River.

Itō Sukeyuki was the Commander-in-Chief of the Japanese Combined Fleet. 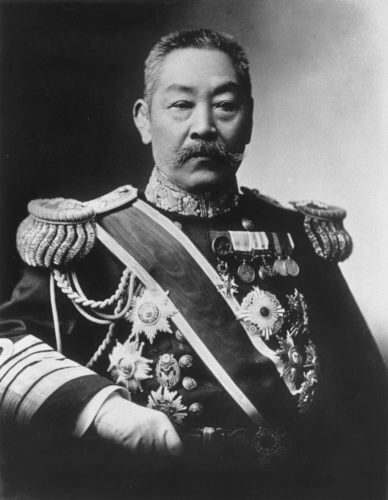 The French-built Matsushima, flagship of the Imperial Japanese Navy during the Sino-Japanese conflict. 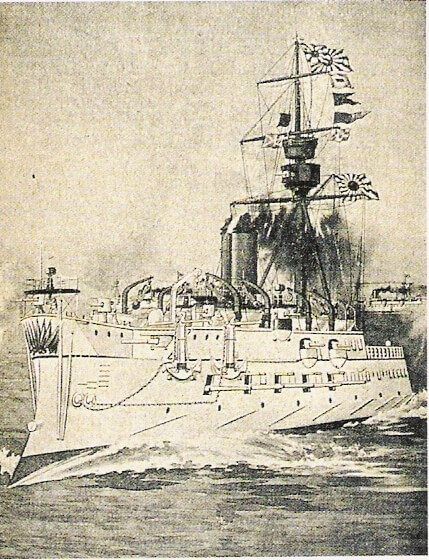 The Imperial Japanese Navy destroyed eight of the ten Chinese warships, which assured Japan’s command of the Yellow Sea.

The Battle of the Yalu River.

Then, Japan won an overwhelming victory in the First Sino-Japanese War, just as Golden God predicted.

According to God, barracks will be built in Fukuchiyama.

And a garrison will be built in Maizuru and warships will float in the sea over there.

Fukuchiyama, Maizuru and the ten miles around the outside area will be inside a shrine.

“I shall change Ayabe to a capital city in the end.”

Actually, after the First Sino-Japanese War began, a regiment was stationed at Fukuchiyama and the regimental barracks were built there.

And Maizuru port was designated as a naval port and warships entered and left the Maizuru port during the First Sino-Japanese War.

In this way, the above Golden God’s prophecies came true.

The combined Fleet departed from Maizuru port to attack the Russian Baltic Fleet in Battle of Tsushima during the Russo-Japanese War. 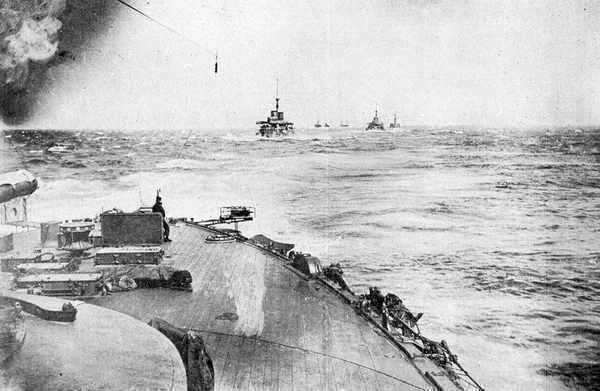 The Pending Prediction of the Kingdom of God 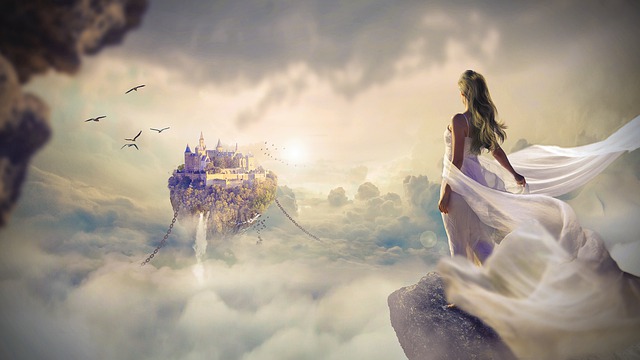 By the way, Golden God predicted not only the outbreaks of the First Sino-Japanese War, the Russo-Japanese War and the two World Wars, but also Japan’s defeat in the World War II.

Amazingly, all of these prophecies have been fulfilled.

However, the prophecy of the coming of the divine country still remains unrealized.

I shall change this world to reconstruct it for good people.

I shall clean and wash the whole world.

According to Japanese spiritual researchers, the divine world corresponds to the Millennium in the Christianity.

So, when will the above prophecy be realized?

In this regard, an intriguing change happened in Japan.

Imminent Approach of the Millennium 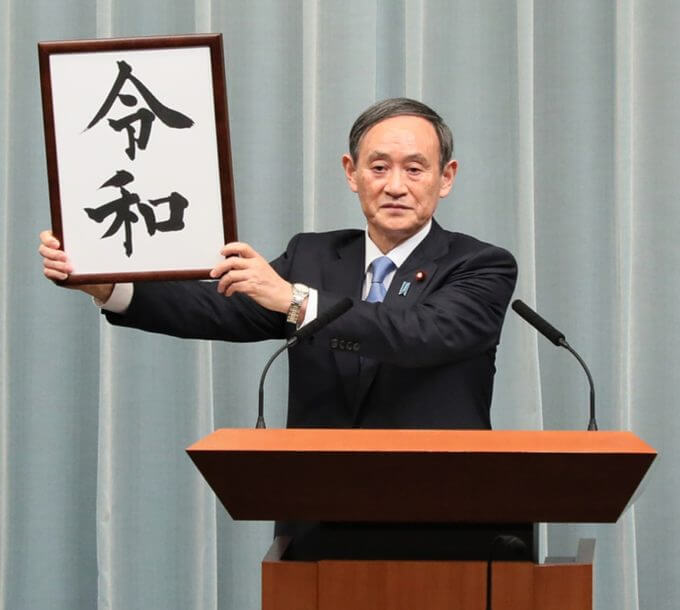 Source Prime Minister of Japan and His Cabinet

The kanji characters for Reiwa are derived from the Man’yōshū, an eighth-century (Nara period) anthology of waka poetry.

The English translation of the original Kanbun text is as follows.

When the air was clear and the wind a gentle (“Wa”) breeze.

And the fragrance of the orchids was their sweet perfume. 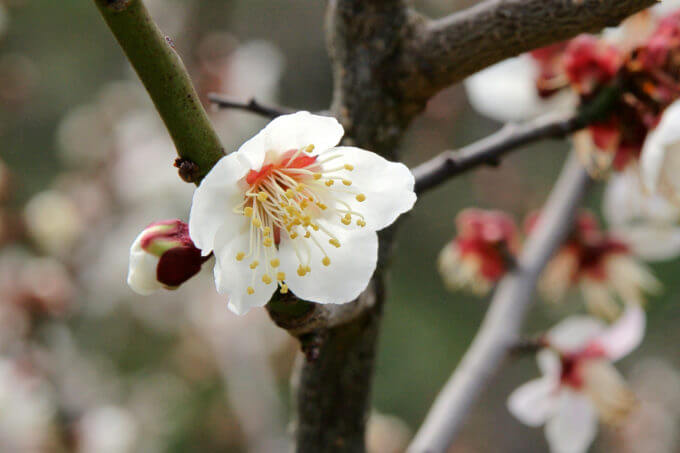 With regards to the characters based on the poem, Robert Campbell, director-general of National Institute of Japanese Literature in Tokyo, provided an official interpretation as follows.

“Rei” is an auspicious wave of energy of the plum blossoms carried by the wind.

“Wa” is the general character of peace and tranquility.

Here, please remember the strange words of Golden God when He possessed Nao for the first time.

Plum blossoms will bloom at once through the whole world.

It has become a world of Golden God.


I am the only God who could reconstruct the world.


I shall clean and wash the whole world.

Don’t you think that this is too much of a mere coincidence?

So, it may be a kind of omen that the new era will come to this world.

In the near future, the days may come when the Kingdom of God (Millennial Kingdom) will be realized, which is the pending prophecy of Golden God.